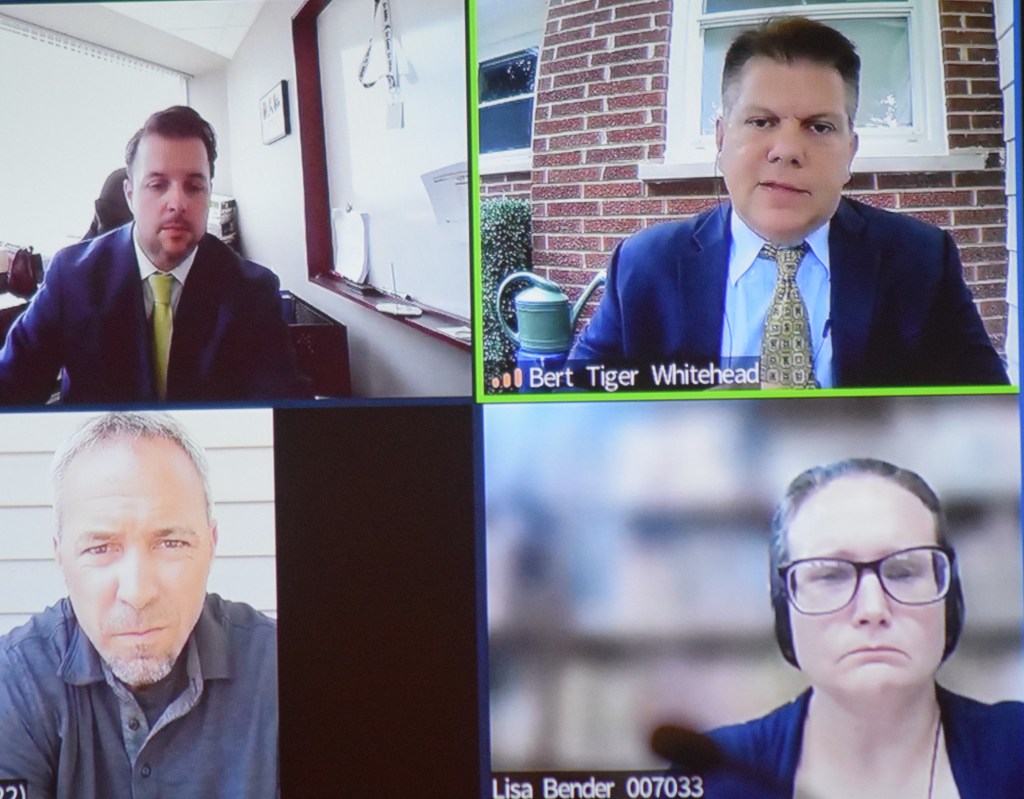 A woman who five years ago moved her children to Oklahoma with court approval faces a charge of parental abduction after being accused of preventing the children’s father from visiting them during two years.

Lisa Bender, formerly Lisa Gusler, was arraigned last month in New Baltimore District Court 42-II on the allegation that she did not allow the children’s father, Corwin Gusler, to see the children during the last two out of five years she has lived in Tulsa, Okla. She was released after posting 10% of a $5,000 bond.

Parental abduction is punishable by one year and one day in prison.

Bender’s attorney, Regina Triplett, who has been a criminal defense attorney for 18 years, called the criminal charge against Bender “bizarre.”

“I don’t think in all my years as a lawyer I’ve seen charges of parental abduction in these kinds of circumstances,” Triplett said. “The weirdest part is you have a Michigan county judge who gave him permission to leave the state.”

She said she couldn’t comment further on the case yet because she hadn’t received all the evidence.

In 2017, Bender won approval from an Oscoda County judge to move the children, now ages 14 and 16, with her to Oklahoma, where most of Bender’s family resides. She is accused of preventing Gusler’s access from the spring of 2020 until last June.

Macomb County Circuit Judge Rachel Rancilio, who is now presiding over the former couple’s child custody case, said in court Monday that the criminal charge was brought to force Bender to come to Michigan. . The case was brought by New Baltimore police and charged by county prosecutors.

Bender, 38, said in an interview that the children didn’t want to see their father; she said the children, a boy and a girl, saw Corwin assault his girlfriend. Gusler, 45, was charged in June 2020 with assault with intent to cause grievous bodily harm and domestic violence. The case was bound by Judge Jacob Femminineo in Macomb County Circuit Court, but the case is not public in circuit court. Bender said she believed he received a deferred sentence under which the case was removed from the public record.

Bender faulted Gusler for not being cooperative in visiting the children when they were in Oklahoma; she said they had an agreement to split transportation costs.

In the child custody case, Bender and Gusler appeared remotely over Zoom at Macomb Circuit Court on Monday for a review hearing and to try to resolve the child custody arrangement going forward. Bender said she appeared from a location in Michigan but is cleared to leave the state to go to Oklahoma, where she resides.

Gusler has had custody of the children, ages 14 and 16, for approximately the past 10 weeks under a temporary order from Judge Rachel Rancilio to make up for Gusler’s lost visitation time.

This time has been mitigated and Bender wants the kids to come back with her so they can go back to their high school in Tulsa. But this will be difficult to achieve since school starts on August 17 and Rancilio has ordered an investigation by the Friend of the Court which will be difficult to complete in time although she has made an expedited order.

Bender’s attorney, Bert Whitehead IV, said uprooting the children from Oklahoma would have a negative impact on them because they have been attending the same school system for five years.

“Their whole community is there,” Whitehead said.

Rancilio noted that Bender created this problem with his own actions and that Bender lost his confidence. Bender was found in civil contempt of court and spent a few hours in a holding cell after telling the judge the children were in Michigan when, in fact, they were right across the street in Toledo.

Drosis said Bender doesn’t deserve the kids back at this time, saying she “boldly lied” to the judge and has a habit of “ignoring orders” and “taunting” her client.

Bender said in an interview that she had a personal protective order against Gusler for two of the four years of their marriage, ending in 2009, and stalked her and her family.

Drosis said he has “significant concerns” that Bender will not comply with court orders in the future once the children return to Oklahoma.

But Whitehead stressed to the judge that she needed to know the children’s wishes.

“I think you’ll find that kids don’t want to live with their dad no matter what he (Gusler) says,” Whitehead told Rancilio.

Drosis conceded: “There was a bit of friction with the kids initially (during their time with Gusler in June), but I think things have calmed down. Dad is really grateful to have parenting time.

Whitehead agreed with Rancilio’s comment that it’s “important” for children to have a relationship with their father.

Bender was also charged with civil contempt of court for her failure to comply with court orders. She is free on a $10,000 personal bond.

An FOC investigation will include psychological evaluations of both parents, the judge said.