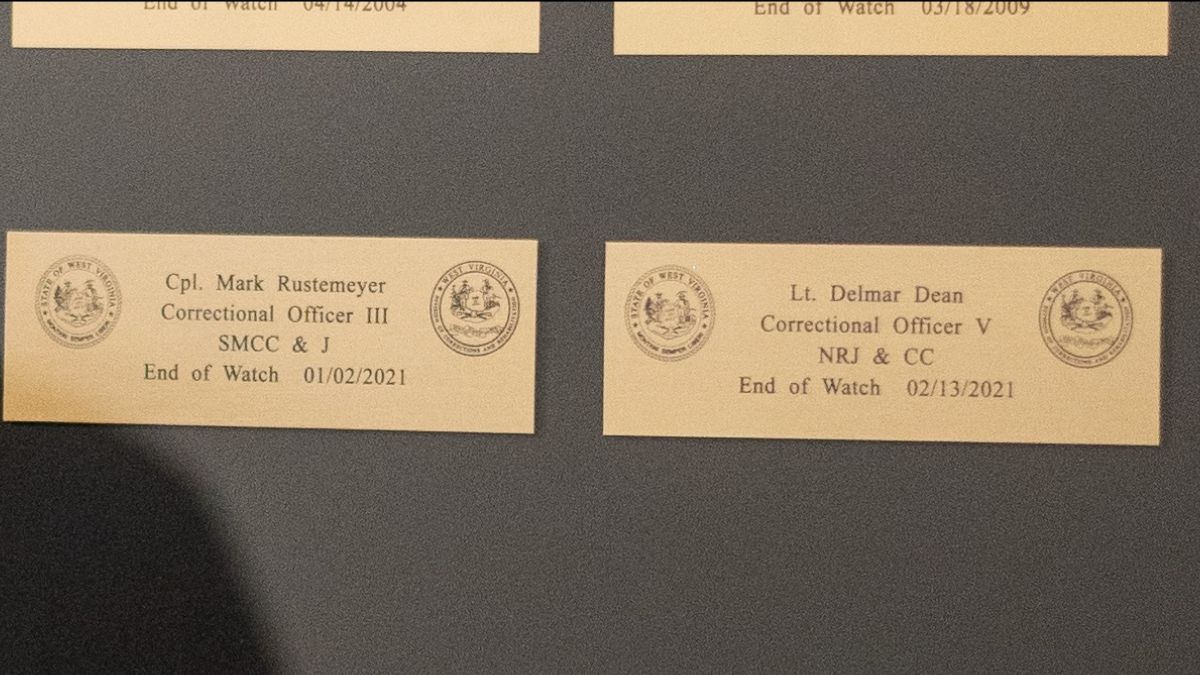 CHARLESTON, WV (WOWK) – West Virginia Department of Homeland Security (DHS) honors two correctional officers who died from COVID-19 by adding their names to its Capitol Hill memorial for those who died in the exercise of their functions.

Cpl. Mark Rustemeyer, 58, and Lt. Delmar Dean, 49, both died of COVID-19 in the early months of 2021. Rustemeyer died on January 2 while on treatment and Dean was hospitalized and then is died February 13.

Rustemeyer served at the Saint Marys Correctional Center in Pleasants County from 1998 until his death. Dean was in the Corrections and Rehabilitation Division of WV for over 20 years and served at the North Regional Jail in Marshall County.

Homeland Security Jeff Sandy authorized the issuance of the Department’s Freedom Pin to the families of Rustemeyer and Dean in a ceremony Tuesday at DHS West Wing headquarters.

The “Freedom Pin” was introduced in 2017 with the support of Governor Jim Justice to honor the families of deceased Homeland Security “heroes” and “federal, state, county and city employees and citizens.”

Sandy says the Freedom Pin is awarded to those “who have excelled in protecting West Virginia from threats to our way of life from natural disasters and foreign and domestic enemies.”

“I hope that with this symbol of patriotism, the great state of West Virginia will never forget its heroism while ensuring the safety and security of our state,” said Sandy.

For local and breaking news, weather alerts, videos and more, download the FREE WOWK 13 News app from the Apple App Store or the Google play store.