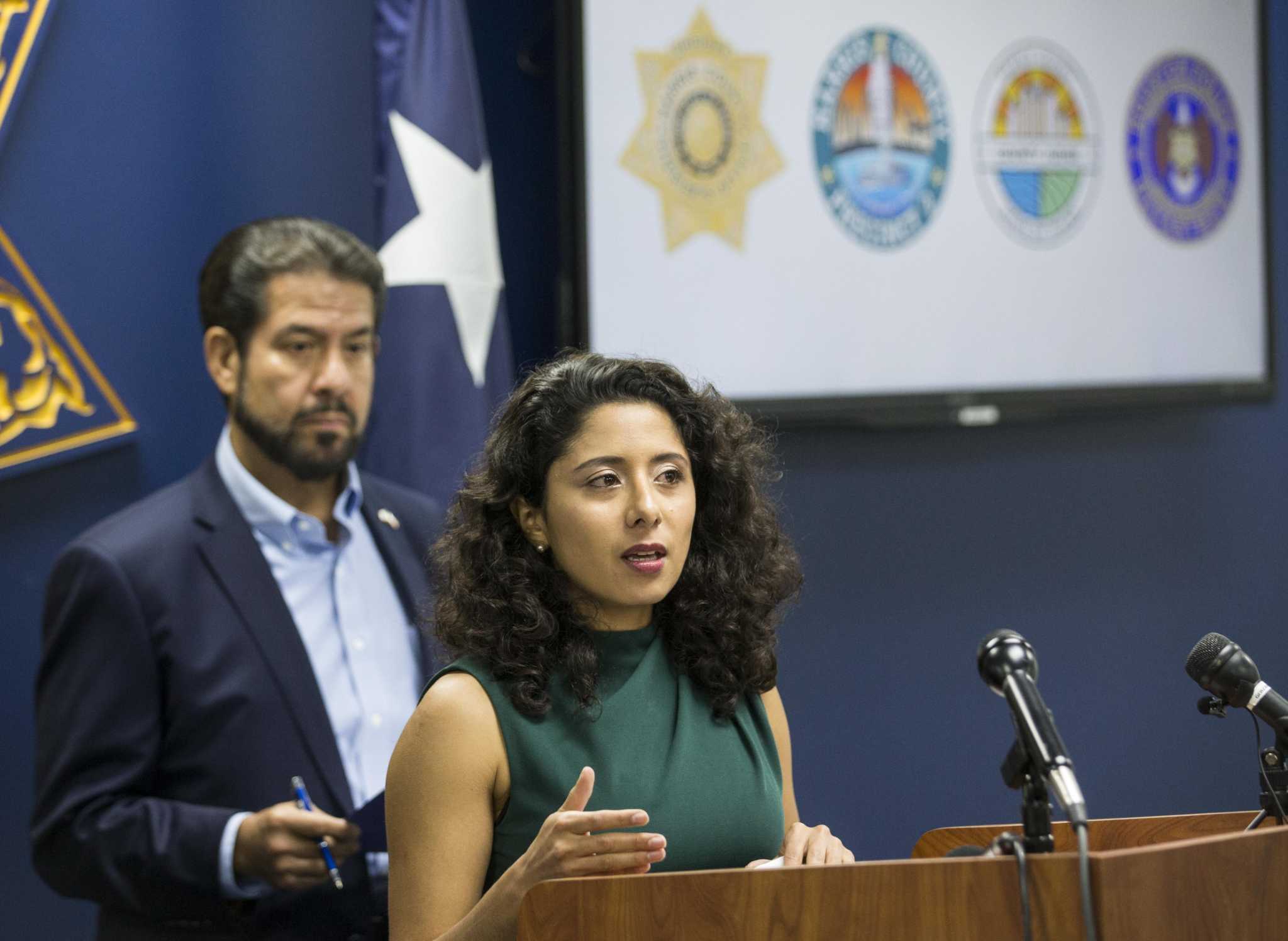 The Houston Police Blotter reads like a document from a much more murderous era decades ago. A murder-suicide in southwest Houston. Woman robbed at gunpoint from her driveway in Northwest Houston. Man shot dead in north Houston over money dispute. A teenager was shot dead on the highway on his way home from an Astros game, later dying of his injuries.

And these are only the last two weeks.

The rise increased during the pandemic and continues with almost daily incidents totaling one of the highest homicide rates in three decades. To date, there have been more than 250 homicides in Houston, a 35% increase from the same time last year.

During the crime spike 30 years ago, when crack was still raging and the city became a hub for the illicit drug trade, Houston recorded so many murders – 617 in 1991 alone – that curfews were under discussion. Then as now, Houston was facing a public safety crisis. Then, as now, fear has led to pointed and practical narratives for political opportunists.

History suggests that this downward spiral, if sustained, could usher in draconian measures and regressive tactics that threaten to block the progress state and city have made in smarter and fairer criminal justice policies. .

Informal criminology in full swing as some on the right militarize opposition to bail reform, falsely blaming efforts to end unconstitutional poverty imprisonment in minor cases for fueling an increase violent crimes. Joined by victim advocates and police union officials, Austin politicians point to the growing number of charges against people on bail as evidence that misdemeanor bail reform and the use of cashless sureties in Harris County are to blame.

Some have even dubbed the peak in crime the â€œbond pandemicâ€.

This gross simplification of the question does not solve the problem. It worsens the situation by distorting the public view of the situation, drowning a serious discussion with political hyperbole that does nothing to identify the real causes or elevate the solutions.

Most of those who commit new crimes while awaiting trial on other charges are not at large because of “bail reform” or “liberal judges.” They are released on bail because they posted bail – a right that has long been permitted in Texas, even for defendants who pose a danger to the community. In Texas, one of the few tools judges have to detain these people initially is a higher bond. Defendants who are innocent until proven guilty can only be denied bail in rare circumstances, including capital murder cases. It would take a constitutional amendment to change that and this Editorial Board is open to considering such a change if lawmakers adapt it narrowly enough.

What is different now in this crime spike, besides a global pandemic that is increasing crime everywhere, is that massive backlogs in the courts are delaying justice – hearings, pleas, trials and potential prison sentences – for everyone. , including truly violent offenders who actually committed the crimes they are charged with, which gives them more time to roam freely and commit new crimes.

In Harris County, a year of court closures and delays that crippled the justice system is a disaster on top of a disaster as we are still deepening the multi-year backlog of Hurricane Harvey .

We will leave to the experts the root causes of the increase in violent crime in the era of the pandemic. There is no doubt that the haze of unemployment, social isolation and stress have exacerbated pockets of poverty in cities across the country and combined with declining social services to create conditions conducive to social unrest.

But while many of the causes of this crisis were out of our hands, the solutions are not.

As courtrooms reopen, Harris County has a backlog of 148,000 cases – including 98,000 criminal cases, split roughly evenly between felonies and misdemeanors – and only 367 prosecutors and 38 judges in the courts of district and county to deal with them.

The threat of the backlog is not just that those awaiting trial will reoffend; it is that the existing cases against dangerous offenders will collapse. Criminal cases that stagnate in our sclerotic justice system become less winnable because witnesses disappear, memories fade, arrested officers may retire or leave by force, weakening the prosecution‘s chances of conviction and eroding public confidence in the justice system. It is not fair to the victims or the accused who are in prison.

Clearing the backlog is a grueling endeavor, but three things can help: more prosecutors, more judges, and some form of compassionate forgiveness – like dismissal and diversion – for older non-violent cases, especially those which do not involve victims.

Fortunately, District Attorney Kim Ogg recently announced a plan to review more than 30,000 misdemeanors and crimes committed in state prisons. Every possible victimless case will be considered for an â€œalternative solutionâ€ instead of a prison, prison or formal surveillance such as an ankle monitor.

Regarding the need for more prosecutors, the DA secured $ 3 million in funding from the county for a pilot program that allows prosecutors to review and resolve cases after overtime for overtime compensation. County commissioners are expected to fund this program on a permanent basis, allowing the district attorney to hire additional full-time staff and mitigate the risk of burnout for prosecutors working overtime.

By the way, now is not the time to get bogged down in political wrangling or disagreements over criminal justice philosophies. Ogg’s repeated requests for more prosecutors have been turned down in years past, with some liberals and advocates arguing that more prosecutors means more prosecutions for lower-level crimes. This view was off-base at the time and even less credible now that the DA’s need for more lawyers to clear the backlog of cases is undeniable.

Prosecutors are not only needed to pursue guilty verdicts, but to determine which cases to prioritize, which are still viable, which are good candidates for alternative solutions. Taking this backlog seriously means the county needs to add significant staffing capacity to its justice system, and that includes public defenders as well.

The district attorney’s office is also expected to take a close look at recommendations put forward by the non-profit Justice Management Institute last year to county commissioners that outline a more aggressive approach of dismissing all non-violent crime cases over 9 months, except for DWI offenses and other cases. involving victims awaiting justice. The point is, most defendants don’t end up in jail anyway. The association noted in its report that only 42% of all felony cases in 2019 resulted in a conviction, with the rest either being dismissed, deferred or acquitted. Most of those convicted were released on probation. Suppressing these cases allows prosecutors, defense and courts to focus existing resources on new cases entering the system and, most importantly, violent cases.

For their part, judges must step up their efforts and do all they can – including working full days and overtime – to move cases forward and secure trial dates. Setting an actual trial date can start a fire under short prosecutors, helping them prioritize their workloads and getting them to do the work necessary to assess which cases have a high or low likelihood of conviction.

But judges also need help. The number of courts in Harris County is paltry compared to large cities like New York and Chicago. The county has not added a district criminal court since 1984, when the average caseload per court was only 888 new cases per year. This number has more than doubled.

We applaud the recently unveiled $ 17 million proposal by County Judge Lina Hidalgo, Sheriff Ed Gonzalez and other local leaders who would add six associate judges to help 22 district criminal courts, expand jury operations at the stadium. NRG and fund guest judges. Associate judges would be specifically tasked with handling the more violent cases that have remained dormant in the backlog, while guest judges could assist with pre-trial motions, hearings and day-to-day proceedings.

The crisis in our criminal justice system is serious, but it does not need to cause panic or break down into easy choices in the politics of culture war. It doesn’t need to resuscitate â€œcrime toughâ€ rallying cries or a new age of fear-fueled over-incarceration.

No solution can instantly stop the tragic murders in Houston. But there is an obvious way to get the situation under control. We call on our elected leaders to shake up our courts. Clear arrears. Bring violent and repeat offenders to justice and get them out of our streets and the jail where they belong. This approach won’t win the sonic rodeo on cable news or turn up a stump speech in a Republican primary, but it just could save lives.