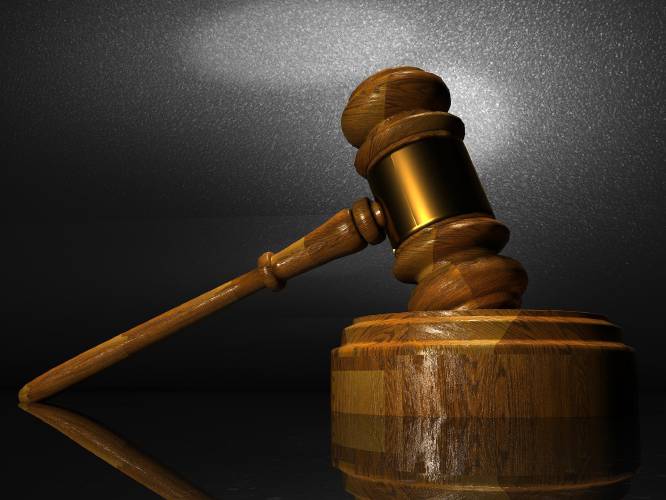 The US Court of Appeal sides with the ACLU

The burden of proof as to whether a detained immigrant should be released on bail rests with the government, not the person in detention, a federal appeals court has confirmed in a major immigration rights case.

In 2019, the New Hampshire ACLU challenged a long-standing United States Immigration and Customs Enforcement practice of requiring detained immigrants to prove to an immigration judge that they do not represent. a risk of flight or a danger to the public.

The civil liberties group argued that the practice violated constitutional due process protections, which extend to non-citizens. Instead, the ACLU argued the government needed to prove to a judge why the detained immigrant should be denied bail.

After a judge in a New Hampshire federal court sided with the ACLU, the government appealed to the US First Circuit Court, which in a Decision 2-1 rendered last week, upheld the lower court’s decision.

“The government cannot even just take away a person’s freedom, including the freedom of a non-citizen, without showing that it is necessary to do so,” said SangYeob Kim, an attorney specializing in the immigration to the ACLU. “If the government wants to detain an asylum seeker or an immigrant, then it has to show why they should be detained, not the other way around. “

Government lawyers have argued that detained immigrants do not suffer any violation of due process because they benefit from a bail hearing.

The case concerned Ana Ruth Hernandez-Lara, 34, an asylum seeker from El Salvador who was detained in 2018. Hernandez-Lara was initially unable to prove that she did not pose a risk of absconding or a danger to the public and was detained in the Strafford County Reformatory. The ACLU successfully appealed Hernandez-Lara’s case, which ultimately resulted in his being released on bail while his asylum claim made its way through the courts.

According to the ACLU, the Federal Court ruling extends beyond the Hernandez-Lara case, which means the burden of proof now falls on the government for all immigration bail hearings in Boston.

These articles are shared by partners of the Granite State News Collaborative as part of our Race and Fairness Project. For more information, visit collaborativenh.org.