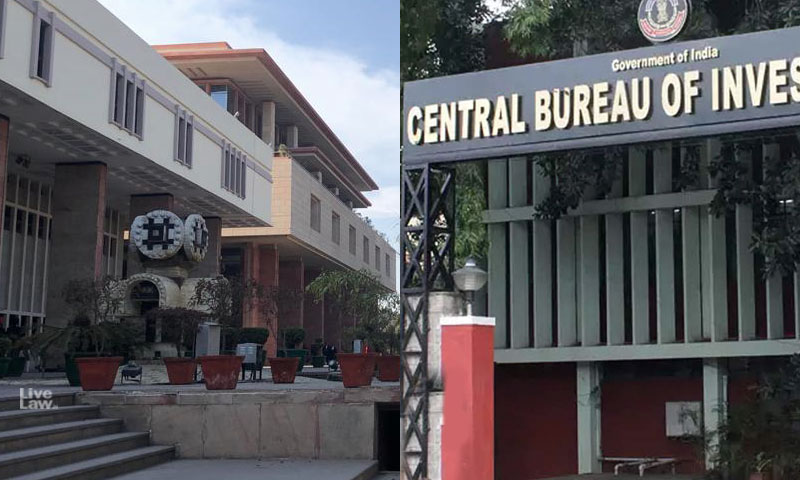 “The CBI has no decision-making power in the appointment of the Director of Prosecutions, no interference in the functioning of its agents”: CBI in Delhi HC

The Central Bureau of Investigation told the Delhi High Court that it had no decision-making power in the appointment of the Director of Prosecutions. He also stated that CBI does not interfere with the professional functioning of its agents.

The development came after the CBI filed an affidavit in a plea requesting a change to Section 4BA (Director of prosecutions) of the Delhi Special Police Establishment Act. The plea called for instructions to separate the Director of Prosecutions from the CBI and place him under central government as an independent agency.

According to this provision, the Directorate of Prosecutions headed by a Director is responsible for the prosecution of matters falling under the law. The director of prosecutions is appointed by the central government on the recommendation of the central vigilance commission.

Declaring that the said exercise relates to an area of â€‹â€‹political decision-making, CBI urged the Court to dismiss the petition.

“… the CBI model of working harmoniously with executive officers in tandem with lawyers from its Prosecution Branch has worked well over a period of time, as evidenced by the fact that the CBI has been able to secure the conviction of ” roughly 65-70% over a period of time (which is far greater than that of any other state police), despite the fact that defendants in high-profile cases hire the best legal minds to defend themselves in court of justice. “

CBI further stated that being a specialized agency, its structure is different from other agencies, in order to meet their specific needs.

It has also been stated that under the current prosecution management system within the CBI, judicial officers become eligible for promotion to higher ranks after a certain period of time, which boosts the morale of good interpreters, ensuring as well as promotion opportunities are available for all ranks of the law. officers.

â€œIn view of the above, the Applicant’s assertion that under the Director of the CBI the police officers exercise arbitrary control and unlawful influence over the Court is completely misleading and erroneous and it is therefore submitted that ‘at present, a motion for a brief filed by the petitioner is liable to be dismissed in-limine, being devoid of merit and unsustainable in the eyes of the law, “ adds the affidavit.

The bench also gave CBI a final opportunity to file its response in the case. The case will now be heard on Monday.