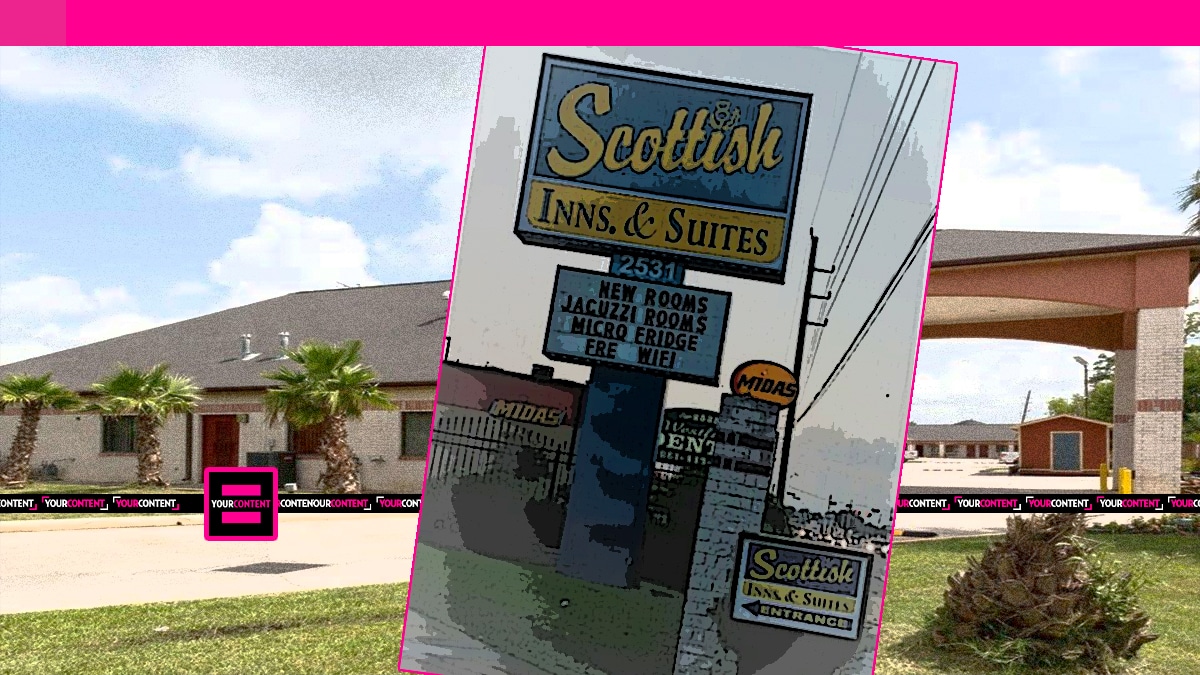 A Texas motel is accused of accommodating missing girls at its facility, claiming they used their school ID cards for rooms and refusing to hand them over to their parents, Your content learns.

A an anonymous mother told a group of Texas watchdogs her daughter Mackenzie is being held at a nearby motel that houses other young girls, and when Your Content called the motel, the clerk did not deny the allegations.

Scottish inns and suites, located in Westfield, Texas, has “press rooms” and “Jacuzzi rooms” that feature microwaves and refrigerators.

“These types of establishments should be held fully responsible for allowing children to rent rooms.” a The Facebook news agency said on Sunday after a daughter’s mother reached out. “Three missing children were able to obtain a room in 1960 using the identity card of a young girl in college”

“A mother looking for her daughter found out and went to the hotel for answers. Her daughter is now safe at home and she shares a little bit of what happened with us. These are the same hotels that lend themselves to it.

An unidentified woman contacted the media after the media ignored her calls for help.

“The agents I have dealt with since Thursday told me they would speak to [their] supervisor and see what to do. He said bring back the news station and blow hell on them. I don’t know how to do it because I couldn’t even get them to publish her story.

The distraught mother said she approached the front desk and was told to leave “if we had no business” at the Texas motel.

“I went to the hotel and the front desk guy came out. He told us that if we didn’t have business here we had to leave, ”the woman at the store said. “Once I pulled out the missing Mackenzie poster, he changed his tone.

“I told him that the cop was on his way and that he had rented a room for 3 minors,” the woman continued. “He used the excuse that it was cold. He said he thought something was up.

– I said you should have called the cops.

“He left after telling me ‘yes’, he should have.”

Your content called the motel and asked about the social media post, an employee answered the phone muttering “it’s the press” before frantically hanging up.