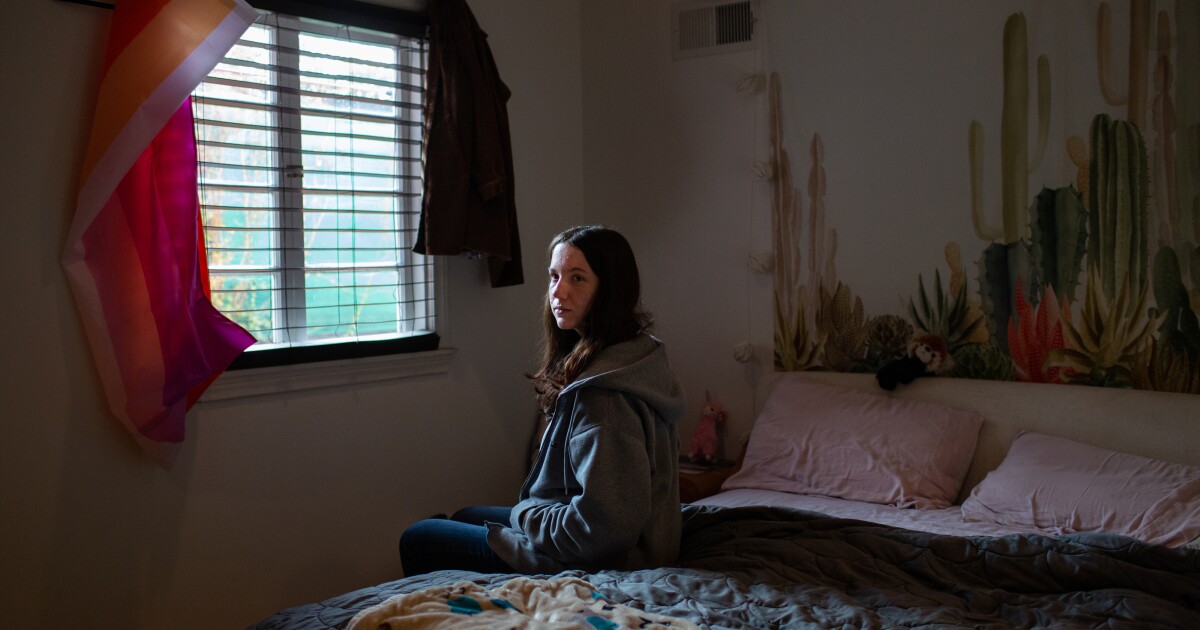 The gunshot was right outside his bedroom door.

Grace Campbell-McGuire was in bed around 3 a.m. Wednesday, awakened by what she thought was her father rummaging in a drawer outside her bedroom. The 17-year-old was annoyed because she had to get up in a few hours to go to school.

Then came a loud bang, followed by the voice of a man she didn’t know screaming in pain. Grace leaned against her door and called 911 to report the intruder.

A few minutes later, she heard the man’s voice calling 911 himself.

â€œHe was screaming outside my bedroom door and called 911 to say he had been shot by a man wearing a ski mask and jacket,â€ Grace said. “Then he gave our entire address to the 911 operator.”

When officers from the Los Angeles Police Department arrived at the Hollywood Hills residence in the 6000 block of Graciosa Drive, they found the man – Aariel Maynor, 29 – in the garden with a gunshot wound to his foot . An AR-15 rifle was found nearby.

Hours later, Maynor, who was recently paroled, is believed to be linked with the shooting death of 81-year-old Jacqueline Avant. Prominent philanthropist and wife of music legend Clarence Avant was shot and killed in her Beverly Hills home around 2:30 a.m. Wednesday.

Maynor could have escaped the Campbell’s home safely if he hadn’t shot himself in the foot with his own gun, police said.

After calling 911 and limping out of the house, Maynor wedged onto their back patio, Grace said, screaming for help.

â€œHe would say all of these things, like, ‘Help me. I’m bleeding. I am a Christian, â€said the high school student. â€œHe was begging.

Grace’s own 911 call was cut off and she waited in her room for authorities to arrive. When they did, they ordered Grace to come out with her hands up. It was then that she noticed a pool of blood near the stairs, not far from her room.

Raised from a deep sleep by all the commotion, Robert Campbell, Grace’s father, came down the stairs. The police pointed their guns at him.

“They had their guns drawn, and behind them was a pool of blood,” he recalled on Friday. â€œI didn’t know what had happened to Grace. And the police kept saying she was with an officer, which didn’t reassure me.

Her daughter was outside chatting with the police, who had arrested Maynor.

â€œGrace was so calm under the pressure, to keep her cool and call 911,â€ Campbell said. “She was outside talking to the police as if she had just passed them on the street.”

An hour earlier, Beverly Hills Police had received a call about a Maytor Place shooting. When officers arrived, they found Jacqueline Avant with a gunshot wound. A source said she was conscious when paramedics arrived and transported her to hospital, where she died of her injuries.

Multiple surveillance cameras showed a vehicle heading east of Beverly Hills after the Avant shooting, authorities said. The same car, described by Grace as a golden Lexus sedan, was found parked near the Campbells’ house – about seven miles away – that morning.

Police are still investigating the Hollywood Hills burglary, but Campbell and her daughter say their home, which is currently undergoing renovations, is not the one that would be targeted at all. The front yard is littered with building materials.

â€œIt’s not the house that screams ‘There is some valuable stuff here,’ said Campbell, 52, who owns several restaurants.

â€œIt’s a great trail in the hills,â€ added Grace.

The family say Maynor broke in through a window that does not line up with its frame. He grabbed a passport, a handful of gift cards and Campbell’s car keys inside, they said.

When police found him, he had three bags full of underwear, socks and charging cords for various electronic devices that authorities showed them, Grace said.

Beverly Hills Police Chief Mark Stainbrook said Maynor had an extensive criminal record involving burglaries and robberies and, according to the California Department of Corrections and Rehabilitation, he had served multiple prison terms over the course of of the last decade.

After LAPD agents took Maynor into custody, a “crafty surveillance commander” in Hollywood made the connection to the Avant case and alerted Beverly Hills, LAPD Deputy Chief Blake Chow said. Maynor has been in custody since, and authorities in Beverly Hills announced his arrest on Thursday.

After the police left their hillside residence, Campbell and Grace got down to cleaning up. As her father sprinkled the blood outside with a hose, Grace noticed something.

â€œI remember seeing something shiny. The water pushed him into a crack in the road, â€she said. â€œI debated leaving it there, but then I thought, no, I should take it out. And of course, it was a bullet fragment that still had hairs on it.

Detectives recovered the evidence from the Campbell home on Thursday and less than an hour later, police announced the man who broke into their home was the prime suspect in Avant’s homicide.