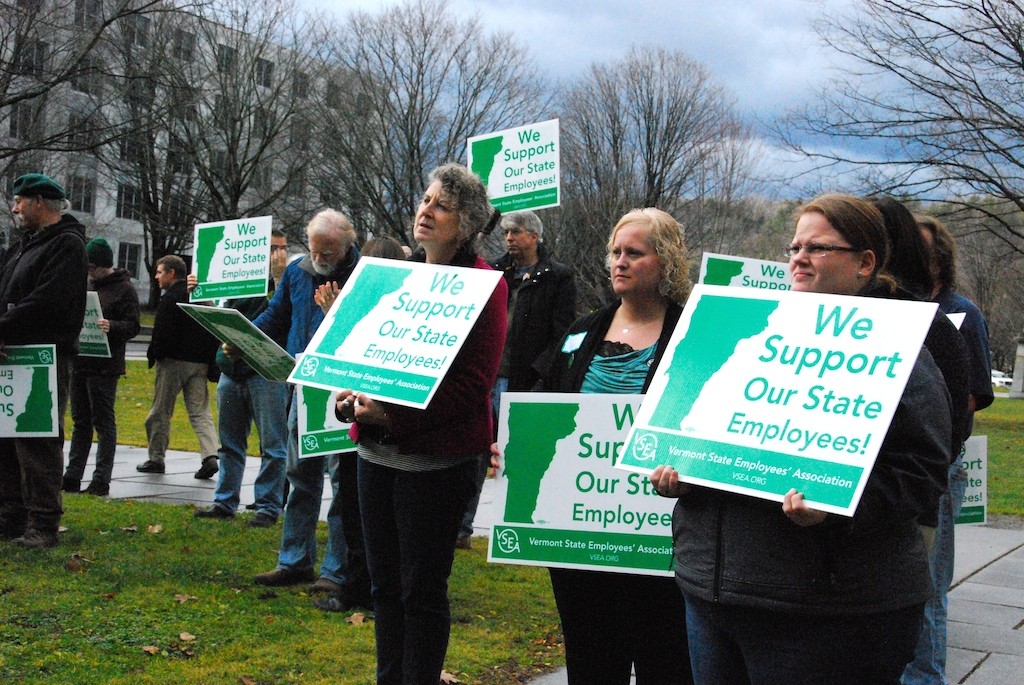 Board members of the Vermont State Employees Union said they have long fought to support racial justice and speak out against alleged abuses within the Department of Corrections – but have stood faced opposition from board management and senior staff.

The Department of Public Safety worker said he spent years trying to convince the union to condemn alleged abuse by staff at the now Chittenden Regional Correctional Institution and Woodside Juvenile Rehabilitation Centre. firm. He said union executive director Steve Howard had stopped the board from criticizing corrections and that board chairman Aimee Towne would yell at board members who strayed from the party line.

According to Pierce, Howard would “continually come out and, like, deny or minimize this stuff.”

Pierce said a small but vocal minority of correctional staff have aggressively rejected efforts to condemn colleagues or support progressive advocacy groups such as Black Lives Matter. He described board chair Towne yelling at members in person and on Zoom — even kicking them out of video calls if they disagreed with her.

Jacklyn Hickerson, who served as the board’s treasurer and works as an auditor with the Department of Taxation, described similar experiences. She left the board in September 2021.

“Abuse at Women’s Prison – we as a council have tried to issue a statement condemning this behavior but also supporting the workers. And there were board members who wouldn’t support that,” Hickerson said.

“There is a very strong pressure to censor anyone who does not comply with the corrections, basically. Until that changes, I don’t think anyone who is progressive or liberal or green or whatever you want to label them will have a very productive time on the board.

In December 2020, board member Josh Cox resigned, he said, after the board refused to condemn a hate speech incident. Like Pierce and Hickerson, he also cited the council’s failure to criticize correctional officers accused of sexual abuse at Chittenden Regional.

All three pointed to what they said was coordinated verbal abuse and written threats against another former board member by some corrections staff when she voiced her support for Black Lives Matter. Former board members said union leaders Howard and Towne allowed the harassment to happen.

The former board member, who requested anonymity to avoid further abuse, described receiving persistent threats from current and former corrections staff on Facebook.

“At every (board) meeting, at every possible opportunity, they would stand up and defame me over and over and make underlying threats on VSEA’s Facebook pages,” the former board member said. ‘administration.

“There is such a major conflict when you have workers who are dedicated to social services and then you have workers who, you know, call their clients animals,” she said, referring to some members of the correctional staff. “This conflict appears all the time in our union. The way it’s handled is intimidation, harassment and silence.

Asked about allegations of verbal harassment at board meetings, Howard denied the accusation while acknowledging that some meetings get intense.

“I’ve seen, you know, very vigorous debates on issues. I’ve seen meetings that are, you know, they’re controversial,” he said. “I don’t recognize anyone who was yelled at because people disagreed with their point of view.”

Howard also said any generalizations about corrections personnel are flawed.

“I wonder if people who have general ideas about people in Woodside or people in corrections, how many hours did they spend sitting in the break room with these men and women and knowing who they are?”

Asked about the board’s decision not to condemn alleged acts of abuse by correctional staff, Howard stressed the need to protect workers from unfair actions by management.

“That’s sort of the basic premise of the ‘just cause’ that unions are fighting for,” he said. “You can’t take allegations and just assume they’re true because you want them to be true or because your political philosophy says they have to be true.”

Towne, the chair of the board, said she could recall only one instance of a member withdrawing from a Zoom executive session, a decision she said other members present had voted to maintain it.

“Every board member who raises their hand for recognition is called and can speak without limits,” she told VTDigger in an email.

Since becoming board chair, Towne said, she has prioritized transparency.

The divide described by former leftist board members is not one-sided. Last year, members of the Department of Corrections sought to leave the state employees union for the more conservative New England Police Benevolent Association, a law enforcement union.

That vote failed by a margin of about 2-1.

But despite the thwarted initiative, recently resigned VSEA board members, such as Hickerson, believe their goals are incompatible with the goals of a vocal faction of prison staff.

“Do law enforcement really belong in a union with others?” she says. “I mean, their program doesn’t fit the average person.”

Did you miss the latest scoop? Sign up for the final reading for an overview of today’s news from the Legislative Assembly.