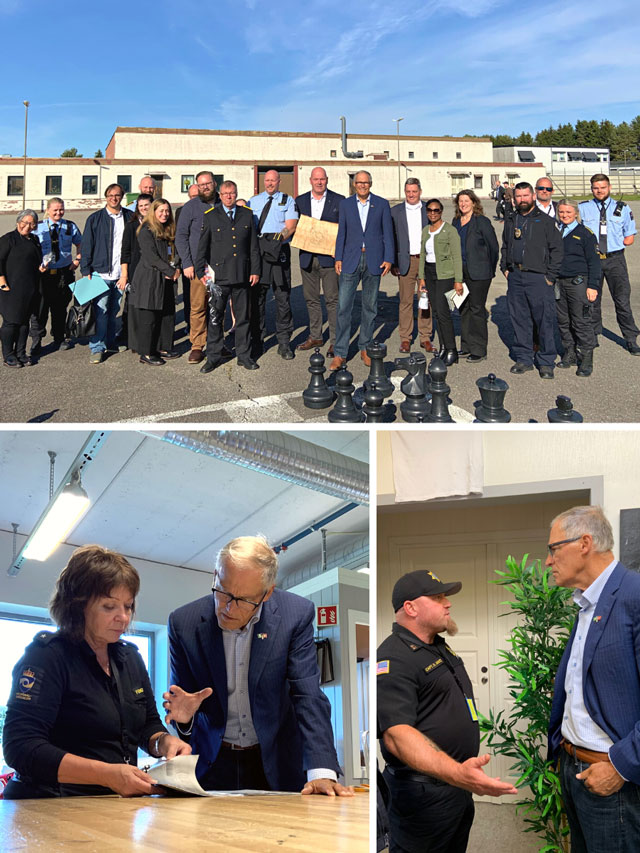 Governor Jay Inslee and officials from the Washington State Department of Corrections visited Romerike Prison near Oslo in September. Norwegian prisons seek to “re-socialize” incarcerated people to prepare them for society after release – Inslee spoke to US and Norwegian prison officers to get their perspective.

The Norwegian Correctional Service believes that people go to court to be punished and to prison to become better neighbours. Norwegian prisons prioritize rehabilitation and have been successful, reducing recidivism to just 20% (one-third of the US rate). A delegation of Washington state officials, including Governor Jay Inslee, visited Romerike Prison near Oslo, Norway to observe their compelling correctional model. The visit was part of the governor’s 10-day trade mission to the Nordic countries.

The mission of the Washington State Department of Corrections (DOC) is to improve public safety by positively changing lives. DOC has partnered with AMEND at the University of California, San Francisco to adopt new strategies like those used in Norway to prepare incarcerated people for successful reintegration into society, a tactic that DOC hopes will prevent many from returning. in prison.

Brittney Griner: Where are we with the prisoner swap? This New York lawyer has inside information