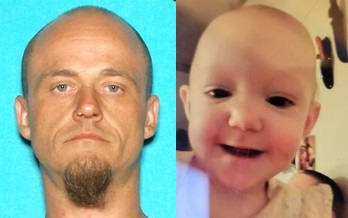 A Starke County judge has appointed a special prosecutor to take on the Mercedes Lain murder case.

Charges were filed Monday against Justin Miller. He is accused of killing the 11-month-old girl and then dumping her body in a wooded area in Starke County.

The special prosecutor will not have to travel far to try this case. Starke County Judge Kim Hall has appointed Marshall County District Attorney Nelson Chipman to take over.

Chipman has been overseeing this investigation since the 11-month-old was first reported missing.

Her parents left their daughter in Justin Miller’s care so they could take a break for the weekend. When he did not return with the baby, Mercedes’ parents reported him missing, which sparked a massive search by state and local police with the FBI.

Miller and Mercedes’ parents were arrested for negligence and did not cooperate to help find her.

Days later, his body was found in a deeply forested area in rural Starke County.

Miller told police he woke up at his girlfriend’s house in Mishawaka and the baby was dead. Court documents say he then wrapped her up and threw her in the woods.

An autopsy revealed the girl died of blunt head injuries and her death was deemed a homicide.

The death of little Mercedes Lain is a homicide

As we previously reported, there was a difference of opinion on where to lay murder charges as the events unfolded in three different counties. But the decision was made to do so in Starke County.

Chipman made it clear that he wished to pursue the case and the Starke County District Attorney filed a motion for a special prosecutor due to a possible appearance of impropriety, although this impropriety was not specified.

Chipman will take over the case and told us he thinks this is the best way to get justice for Mercedes.

No motion to relocate has been filed at this point, so the case will still be tried here in Starke County.

At the last checks, no future hearing date has been set for the moment.