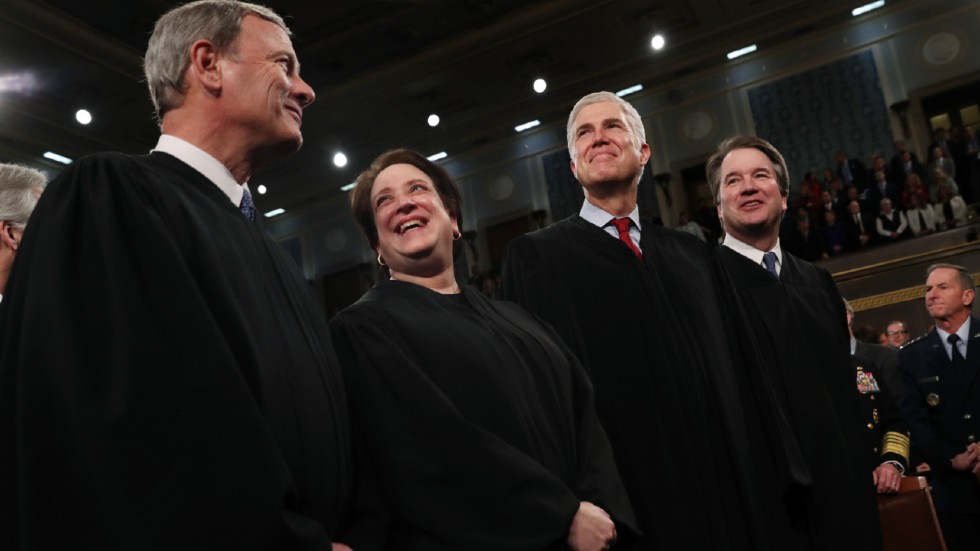 In recent months, the federal courts have become a lightning rod for high-tension litigation, intense media attention, and congressional actions and reactions. From the disputed 2020 election results to the January 6 attack on the United States Capitol, COVID-19 pandemic-related restrictions on abortions, and the confirmation of a new Supreme Court justice to allegations of dispute against a sitting High Court judge, not a day goes by, it seems, that one court or another is not in the news. And Congress isn’t far behind with its usual outcry and nostalgia.

That should come as no surprise, especially amid closely watched midterm elections for control of Congress. Most polls show Republicans within striking distance of regaining control of one or both chambers — a daunting prospect for incumbent Democrats and President Biden.

The possibility of a party shift from the hammers on the Hill to the party not in the White House is a common modern occurrence: under Bill Clinton in 1994; to George W. Bush in 2006; to Barack Obama in 2010; and to Donald J. Trump in 2018. This development has the incumbent party in Congress on edge as it struggles to resist what seems almost a natural public tendency to knock rogues off their perch as king of the hill.

The confluence of Congress and the courts is amplified during such a time that a president’s momentum and prestige are threatened and with it an unfinished legislative agenda and the ability to appoint new judges.

Many of these concerns were highlighted during a House Judiciary Subcommittee hearing on April 27 on “Building Trust in the Supreme Court Through Ethics and Recusal Reforms.” At the heart of the controversy is the fact that the The Supreme Court is exempt from the Code of Judicial Ethics which applies to all lower federal courts.

To remedy this, Rep. Hank Johnson (D-Ga.), chair of the subcommittee on Courts, Intellectual Property, and the Internet that hosted the hearing, presented on July 28, the “Supreme Court Ethics Act” (HR 4766). This would subject the Supreme Court to the same standards of ethics and recusal as the rest of the federal judiciary. The 14-line bill simply calls on the United States Judicial Conference, no later than one year after its enactment, to “publish a code of conductwhich applies to every justice of the peace and judge of the courts of the United States.

The magnet that caught particular attention at the hearing was the revelation that Virginia “Ginni” Thomas, wife of Supreme Court Justice Clarence Thomas, has been deeply involved in various conservative causes, including (via email ) Trump’s Jan. 6 effort to overturn the 2020 election results. And yet Judge Thomas did not recuse himself in two cases involving this dispute, filing the only dissenting view against the court’s refusal to hear lower court rulings upholding the legitimacy of the findings and congressional access to related records in the National Archives.

Republicans on the committee, on the other hand, like high-ranking judicial Republican Jim Jordan (Ohio), called the “ethics reform” effort the latest in a series of moves to preempt rulings. of the conservative majority of the Court, composed of six Republicans and three Democrats. judges to do his will. They point the finger at the proposals of the Democrats increase the Supreme Court from 9 to 13 members (“court packing”), enacting the judicial ethics and recusal reforms, impeachment and removal of Thomas for conflicts of interest, and, if necessary to enact the last two measures, abolishing the filibuster of the Senate.

The uniform application of the same ethics and recusal rules to all federal courts is broadly appealing to most Americans polled on the issue. According to a March 2022 C-SPAN-Pierrepoint poll, 72% of likely voters ‘think Supreme Court justices need their own code of ethics’.”

The Supreme Court avoided such a self-imposed code to assert its independence from interference from other branches or lower courts. However, in 2019, Justice Elena Kagan told Congress that Chief Justice John Roberts was considering applying a code of ethics to the High Court. And, in his December 2021 “Federal Judicial Year-End Report“, Roberts signaled that he sees the revision of codes of conduct for the justice system as a matter of very focused attention moving forward.

It should be noted that even the current Code of Conduct for Judges, developed by the Judicial Conference, is not binding on lower federal courts. According to a Congressional Research Service “legal sidebar” on the matter (updated April 6, 2022), it is seen as a set of “ambitious rules” that federal judges should strive to follow. There is no enforcement mechanism and it cannot be the basis for civil liability or criminal prosecution.

The same is presumably true of recusal regulations, although there is a recusal law that applies specifically to the Supreme Court. The law has never been challenged as to its constitutionality. Courts simply comply on a voluntary basis, they argue.

Despite all the deference due to an independent judiciary over the years, Congress has not shied away from removing federal judges for gross misconduct. Yet the only Supreme Court justice to be impeached was Samuel Chase in 1805, and the The Senate failed to convict and fire him. Impeachment is an area in which the judgment of Congress is final, without recourse to the courts.

Even if some members of Congress think that refusing a judge to recuse himself for an alleged conflict is an impeachable offense, it will be difficult to find a majority of the House to impeach, let alone a two-thirds majority of the Senate. to condemn. Nevertheless, it is certain that this Democratic Congress will continue to struggle to find ways to inhibit the dominance of the high courts and impose standards of conduct.

Don Wolfensberger is a fellow of the Woodrow Wilson International Center for Scholars and the Bipartisan Policy Center, former staff director of the House Rules Committee, and author of “Changing Cultures in Congress: From Fair Play to Power Plays.” The opinions expressed are solely his own.