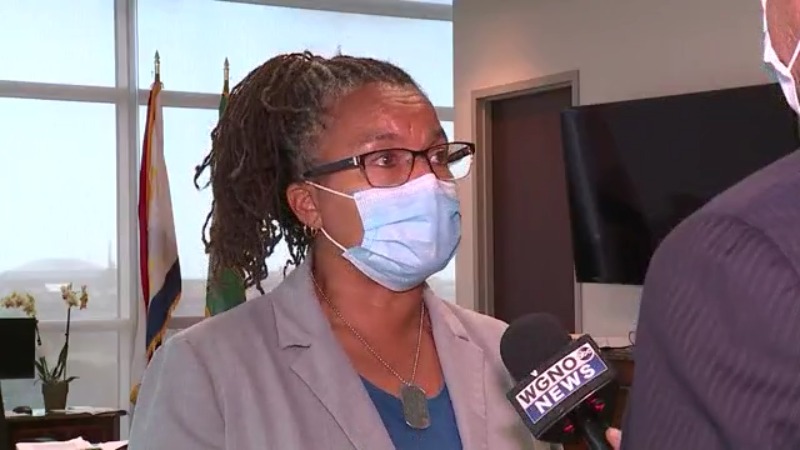 Sheriff’s office: Hutson was not required in court on Friday

NEW ORLEANS (WGNO) – The attorney for a murder suspect wants Orleans Parish Sheriff Susan Hutson found in contempt of court. He presented his claim to a courtroom on Friday morning, but the sheriff did not show up.

The sheriff’s office explained that she was not mandated to appear in court, however, Judge Kimya Holmes is asking the sheriff to appear in person at the next hearing.

The case dates back to a decision she made on June 13 to put all MPs in safe custody, removing many from their positions in the courthouse. This morning, visitors to the courtyard were greeted with locked doors and a sign on the front window to warn that the building would be closed.

“It’s not a civilian district court; it’s a criminal court,” said Lionel Lon Burns, an attorney for murder suspect Derrick Groves. Groves was supposed to have a hearing on June 13, but because of Hutson’s move, that didn’t happen.

“We filed a subpoena [for a hearing on August 19] where we asked for her to appear. we have a subpoena for her. She didn’t appear,” Burns told WGNO’s Amy Russo. “She has a duty as sheriff to keep the courts safe. She did not ensure the security of the courts.

This is despite a state Supreme Court rule requiring it.

“I want Attorney General Jeff Landry to prosecute her for this,” Burns said.

A new hearing date has not been set.