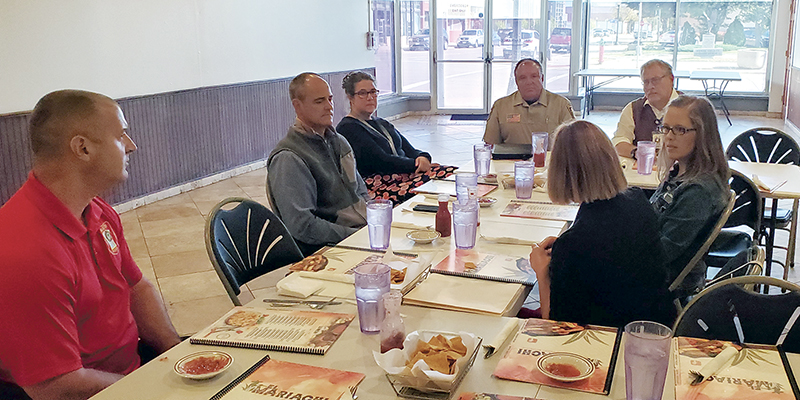 On Friday October 15, I hosted a meeting on expanding a pilot program to provide non-violent offenders with community options rather than jail time when no new crimes had been committed in County of Mower.

The program, called Alternatives to Incarceration, was first implemented in Anoka County in 2017 and expanded to Wright and Crow Wing counties this year. This forces probation and parole officers to find community-based options, like substance abuse counseling and resources, rather than sending individuals to jail in response to technical violations where no new crimes have been found. committed. In the last report to lawmakers from the Committee on Public Safety and Criminal Justice Reform, this program has so far shown an 85% success rate.

Speaking with law enforcement in our district, I have repeatedly heard about the dramatic increase in police calls involving mental health crises and substance abuse. While attending city council meetings in Mower County, law enforcement reported that the jail was full and even the admissions process was exhausted. On October 2, Sheriff Sandvik spoke to the Austin Daily Herald about the overcrowded Mower County Jail due to mental health issues and chemical addiction. Inclusion of Mower County in the Alternatives to Incarceration program would allow the county to find creative rehabilitative solutions, rather than extending the incarceration cycle for offenders with mental health and addiction issues. At the end of the hour-long meeting, everyone who attended was optimistic about how this program could provide the necessary funds to alleviate overworked staff both in the prisons and in the corrections department. I am proud to be the author of this legislation to expand this program to include Mower County in the 2022 legislative session.

To be clear, this program is not available to violent offenders. In the last few weeks we have seen violent offenders given light sentences only to injure or kill people when they should have been in jail. Those who represent a danger to others should not be free to continue to commit serious crimes.

The Alternatives to Incarceration pilot program enjoys broad bipartisan support within the Legislature, and I look forward to bringing in local partners together to work on what is best for those in need, without lessening the consequences for violent offenders.