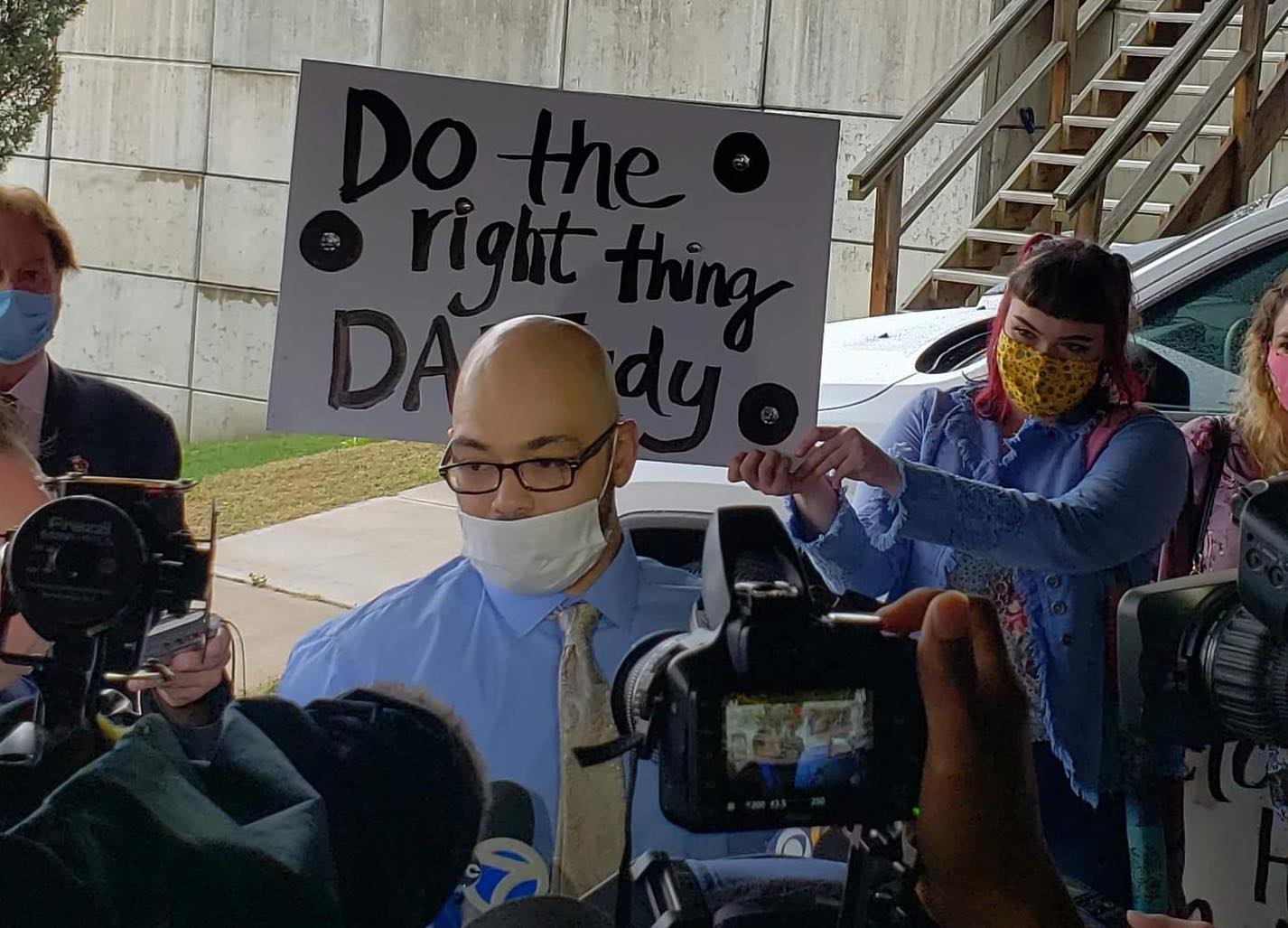 PUTNAM COUNTY – Legal maneuvering over the appointment of a special prosecutor has delayed the retrial of a man whose initial conviction for the 1994 rape and murder of a 12-year-old girl was thrown out.

Lawyers for defendant Andrew Krivak filed a motion in January asking Westchester County Supreme Court Judge Barry Warhit to appoint a special prosecutor to replace Putnam County District Attorney Robert Tendy’s team , who, according to the defense, withheld evidence that would have exonerated their client.

On Monday, the district attorney’s office filed a 40-page response, saying the motion “contains outrageous and inflammatory accusations” and is “absolutely without merit.” He notes that the court “dismissed each of the defendant’s allegations of misconduct”.

The defense has two weeks to respond, with Warhit expected to make a decision on whether to replace Larry Glasser, the first assistant district attorney and current prosecutor-designate, and the rest of the prosecution team.

Convicted in 1997, Krivak was released on bail in October 2020 after Westchester Supreme Court Justice David Zuckerman ordered a new trial after hearing testimony from a Connecticut inmate who had become involved in the rape and murder of Josette Wright. The girl disappeared from the town of Carmel in October 1994. Thirteen months later, a hunter found her remains in the woods of Fields Lane in Patterson.

A special prosecutor “would bring a set of neutral and objective eyes to all the evidence we have gathered…which clearly shows that this trial should not continue,” said Oscar Michelen, one of Krivak’s attorneys. “The right thing to do here is just acknowledge what the evidence shows and let Andy get on with his life.”

At the time of Wright’s disappearance, Krivak was 17 and Anthony DiPippo was 18. Only one witness, DiPippo’s former girlfriend Denise Rose, has continually identified them as the perpetrators, while two young men who Rose says were in the van at the time of the rape recanted their statements, saying that the investigators had pushed them to lie.

The two teenagers were charged, but tried separately, for the crime. DiPippo was acquitted in his third trial in 2016, then released after serving 20 years in prison. He then sued Putnam County for wrongful conviction and in 2020 reached a $12 million settlement.

Unlike DiPippo, Krivak confessed to killing Wright – a confession he contends was false and coerced by Putnam County Sheriff’s investigators, including Dan Stephens.

Defense attorneys pointed to Stephens’ checkered past involving confessions. He was prosecuted by Jeffrey Deskovic, who had been convicted of a 1989 rape and murder in Peekskill, for allegedly coercing a false confession during a lengthy polygraph examination and fabricating evidence. Deskovic was exonerated in 2006 and later awarded $40 million by a federal jury, $10 million of which was paid by Putnam County.

In their motion to remove the district attorney’s office from Krivak’s retrial, his lawyers argue that Tendy — who took over the office in 2016 — has failed to disclose or investigate new evidence regarding Howard Gombert, “a pedophile serial and a sexually violent predator” and convicted rapist. who knew the victim. According to the motion, Gombert was in the Carmel area at the time of Wright’s disappearance, made threats against her to other child rape victims and later got involved. in Wright’s murder of Joseph Santoro when the two men were being held in Connecticut.

Gombert is currently serving a 30-year prison sentence for the sexual assault of an 8-year-old girl.

A new wrinkle in an already complex case appeared when Santoro threatened to alter his testimony if he was not compensated, an extortion scheme the defense says the district attorney’s office learned about by monitoring communications of Santoro but did not disclose. Krivak’s attorney, Oscar Michelen, told investigators that Santoro demanded that Michelen pay him between $1.5 million and $2 million in exchange for not going back on his earlier testimony given at DiPippo’s trial.

Michelen reported that Santoro also demanded an upfront cash payment of $100,000, a luxury handbag and a new vehicle.

Santoro was charged with extortion after being arrested in late April 2021, and in September pleaded guilty to the charge while standing by his earlier testimony about Gombert’s confession. He also implied that the district attorney’s office did not want him to reaffirm that testimony.

“Putnam County has rained hell on me for telling the truth about these men, my family and my friends,” Santoro told USA. District Court on February 3, when he was sentenced to 60 months for extortion.

Prosecutors continue to challenge Santoro’s credibility, stating in their response to the defense motion that Santoro is “a career criminal who extorted the defense regarding his testimony in this case” and that his attempted extortion and appeals in prison were not favorable evidence.

Santoro was “also telling his own attorney to tell the people that his prior testimony was ‘bull__’ and that he would testify to that effect if he received a lenient plea bargain on his open cases,” the district attorney’s response reads. .

U.S. District Judge Nelson Roman said during Santoro’s sentencing, “It seems to me that there are a few cases that have come before me that are out of Putnam County. If there’s a problem there, then someone should take care of it, right? But that’s not my job.

“Case of mistaken identity”, 2 Salvadorans arrested for the double homicide of Salinas