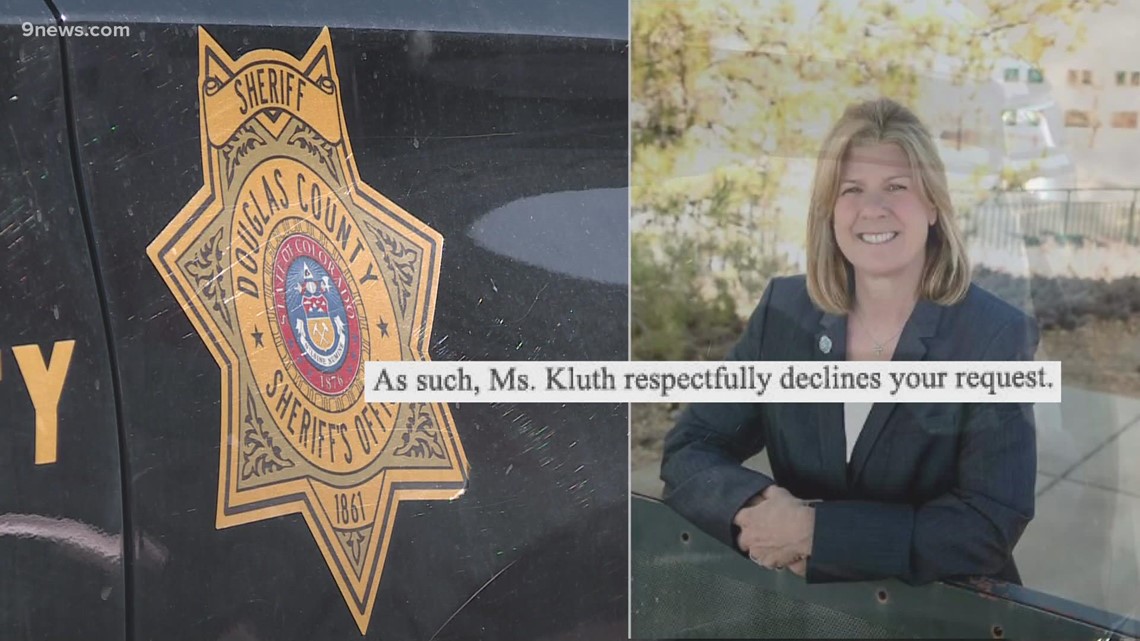 Dougco sheriff candidate Holly Kluth is the subject of a Brady letter, a warning issued by prosecutors about law enforcement whose testimony may not be credible.

DOUGLAS COUNTY, Colo. — A Republican candidate running for sheriff in Douglas County is the subject of what’s being called a Brady letter, implying an officer’s lack of credibility.

A spokesperson for Holly Kluth, who is also the former Douglas County undersheriff, said Kluth “unequivocally denies” the allegations in the prosecutors’ letter and will remain in the running.

9NEWS requested a copy of Kluth’s Brady letter from the 18th Judicial District.

Named after the Brady v. Maryland case heard before the Supreme County of the United States, a Brady letter is a warning from prosecutors that the credibility of a law enforcement officer can jeopardize the success of a prosecution. The reasons because the letter could include lies or mistakes.

An internal affairs investigation into Kluth launched in December involved allegations that she ordered another employee to edit her personnel file years ago. It ended with investigators recommending formal misconduct charges to the district attorney’s office. The district attorney chose not to pursue the case.

The investigation was launched when Kluth’s attorney requested his personnel file from the Sheriff’s Department while preparing a federal lawsuit against Douglas County Sheriff Tony Spurlock challenging Kluth’s dismissal.

According to the investigation, when staff at the sheriff’s office began preparing the file, they found an anomaly – a file had been deleted from the department’s human relations computer system.

Kluth had previously been demoted and then fired after a separate internal affairs investigation within the department.

When asked if Kluth could run in the sheriff’s office if elected under a Brady letter, Kliebenstein said Kluth was not given the opportunity to respond to the allegations in the letter.

SUGGESTED VIDEOS: Full Episodes of Next with Kyle Clark