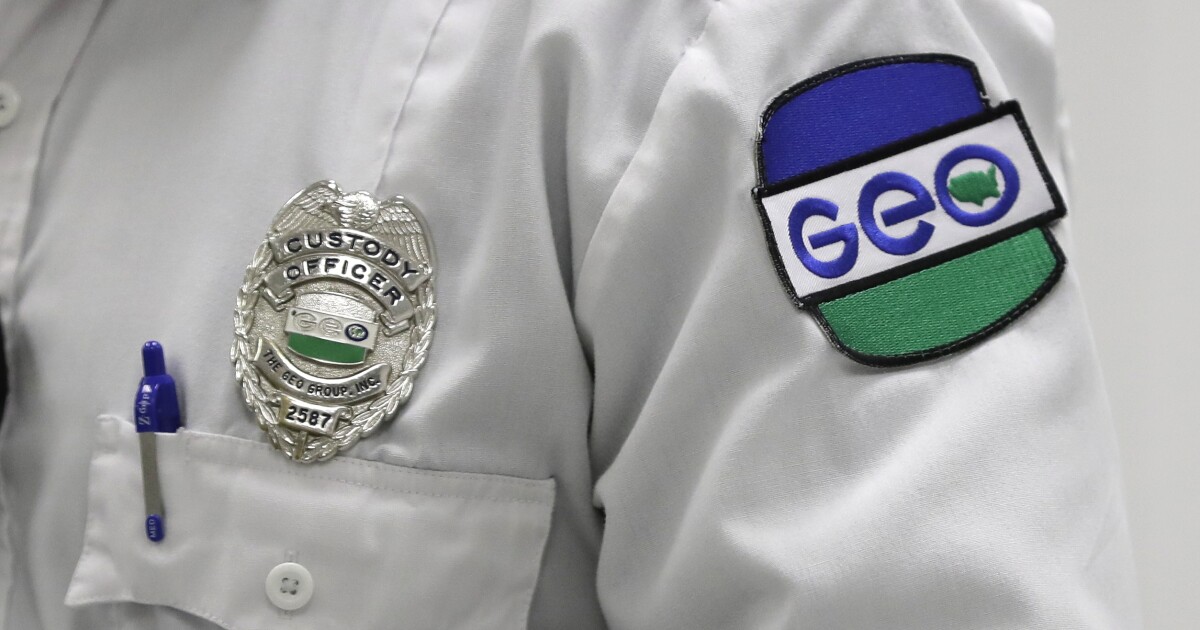 But the Western Region detention center has now been given a six-month reprieve – and negotiations are apparently underway with a town 250 miles away to keep the center open for much longer as part of a bypass. of the decree.

The GEO Group, which operates the San Diego facility in the former county jail, announced on Tuesday the six-month extension of its two-year contract with the US Marshals Service, which was due to expire on September 30. The announcement does not give a reason for the extension. Neither the Marshals nor The Florida-based GEO Group responded to questions on Tuesday.

Private institutions have been warned since January, when the executive decree banned the justice ministry from renewing any contracts with private prison companies in order to reduce levels of incarceration and prioritize rehabilitation. The decree also notes the 2016 findings of the Office of the Inspector General of the Ministry of Justice that private detention facilities “do not maintain the same levels of safety and security”.

But some detention centers hope to stay open by using local governments as intermediaries in the procurement process.

For the San Diego facility, that intermediary may be the town of McFarland, a small, cash-strapped town – 16,000 residents – located north of San Diego in Kern County.

In August, according to a city council agenda, the McFarland city attorney recommended that the city continue negotiations to enter into an intergovernmental operating contract with the Marshals Service. The city would then subcontract the services to The GEO Group.

For his efforts, McFarland would receive an administrative fee of $ 500,000, which the city manager said “could generate new revenue for the city,” according to public records. It was not clear who would pay the costs. McFarland’s acting city manager, who is also the police chief, did not return a voicemail requesting comment.

On Tuesday, the three California affiliates of the American Civil Liberties Union sent a letter to the White House urging the Biden administration “to defeat these blatant efforts to deprive the executive order of any significant impact.”

“Rather than allowing GEO to use the next six months to cement the fate of the executive decree like a dead letter, the administration should take this opportunity to end GEO’s involvement in the WRDF,” said the letter.

While the ACLU considers a McFarland-type deal to violate the presidential decree, GEO says “various alternative contractual structures” would allow the Western Region facility to remain open as per the order.

“Whether they can or not seems to be an open question,” ACLU lawyer Bardis Vakili said in an interview.

A similar deal has already kept inmate Marshals in place at a private facility, notes the ACLU. In March, the Marshals Service secured a 90-day extension of its contract with CoreCivic, another private prison company, to house federal inmates at the Northeast Ohio Correctional Center – which also houses state and county inmates. In May, the Marshals signed a contract with Mahoning County in Ohio, which subcontracted to CoreCivic.

Vakili said moving operations to a city as far away as McFarland, unrelated to San Diego, poses a liability issue.

“If the city or county of San Diego decides to operate a facility in their part of the country, then the people who elected those people can go to the polls to say whether they are satisfied or dissatisfied,” Vakili said. “But a city 250 miles north is making a decision, and our constituents can’t hold them accountable?” It sets a very dangerous precedent.

In its announcement on Tuesday, GEO argued that it was in the best position to continue operating the facility and that the complete closure of the detention center would result in those on federal remand further away from court, lawyers and family in San Diego.

The three establishments have been criticized for their handling of the COVID-19 pandemic and accused of failing to implement strict preventive measures, including cleaning protocols, masks and social distancing. Sleeping space has been limited to some extent to reduce overcrowding, and the federal court has worked with prosecutors and defense attorneys to reduce pre-trial and post-conviction incarceration in some low-level cases and not violent.

Regardless of the executive order, a federal judge in San Diego broadly upheld a California law in October banning the use of private prisons for civilian immigration detention, but his ruling also provided an exception allowing those facilities to continue to house Marshals inmates. The decision is under appeal.