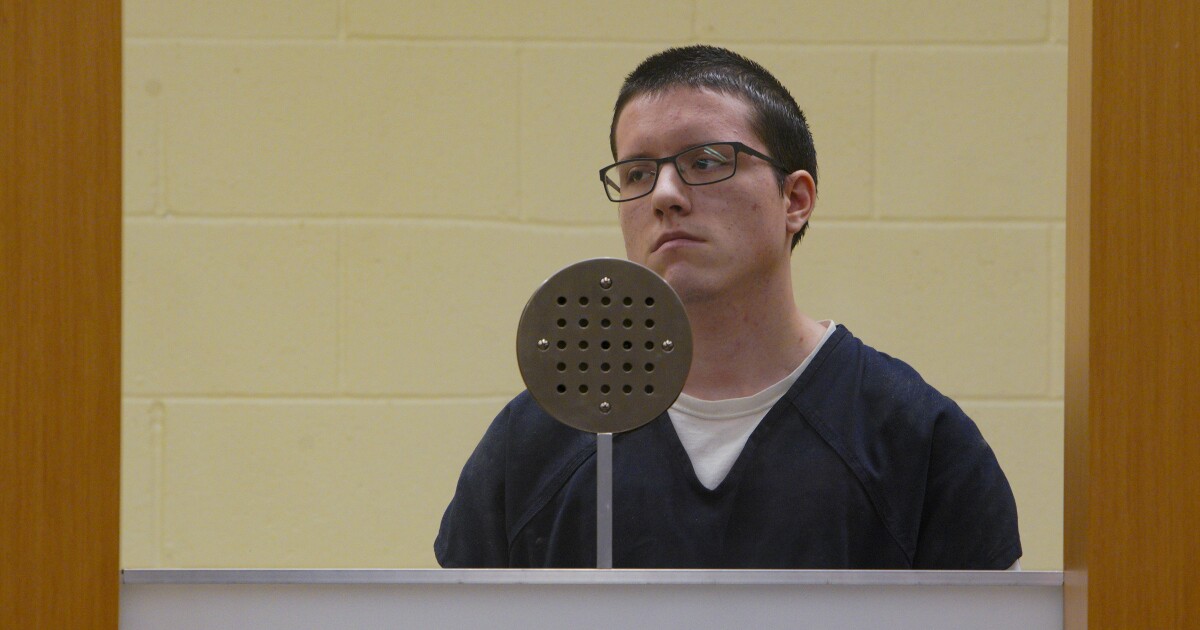 The federal lawsuits against John T. Earnest, who opened fire on a synagogue in Poway and attempted to burn down a mosque in Escondido, ended in a guilty plea on Friday, mirroring parallel lawsuits by the state which will send him to prison for the rest of his life.

Earnest, 22, pleaded guilty to 113 counts against him.

The resolution comes two months after Earnest filed a similar plea in San Diego Superior Court, where he is expected to appear again in two weeks to be sentenced.

Earnest, a resident of Rancho PeÃ±asquitos and former nursing student at Cal State San Marcos, was able to avoid the possibility of the death penalty with both means.

As in the state’s plea, Earnest admitted on Friday in federal court in San Diego that he was motivated by his hatred of the Jewish and Muslim peoples when he sparked violence against Chabad of Poway and the Dar-ul Mosque. -Arquam in 2019.

A total of 54 people were inside the synagogue at the time, and Earnest’s guilty plea includes charges that relate to each victim: committing a hate crime and obstructing the free exercise of religious beliefs in using a dangerous weapon causing death, bodily injury and attempt. to kill. He also pleaded guilty to crimes related to his use of a firearm.

A few worshipers, including a self-armed border patrol officer on leave, retaliated against Earnest in the attack. Earnest struggled at one point with his assault weapon after firing the first 10-round magazine, fled into the parking lot, and sped off in his car. Earnest then parked at a nearby mall, called 911, and told a dispatcher what he had done. He waited for the police to arrive to arrest him.

Shortly before the attack, Earnest posted a hateful screed online stating that he wished he could kill more Jews and praised the white supremacist shooters who preceded him, he admitted in the report. advocacy. Someone saw the post online and reported the possibility of an imminent attack to the FBI, but the location was unknown and the tip arrived too late.

Earnest also pleaded guilty to causing damage to religious property by using fire, for setting the Dar-ul-Arquam Mosque in Escondido on fire a month earlier. A missionary sleeping inside the building noticed the fire outside and his group was able to put it out. No one was injured, but the facade of the building was damaged.

Federal and state prosecutors decided to go ahead with charges against Earnest, and both cases were heading to trial. The district attorney’s office had already decided to prosecute the death penalty, while the justice ministry was still considering the option.

Then, in early June, Earnest’s lawyers announced at a federal hearing that he had signed a conditional plea and was on the table for the DOJ to accept. The news accelerated a plea deal in the state case.

Under California law, a plea in the federal case would prevent the state case from moving forward. On July 20, Earnest pleaded guilty to murder, attempted murder, arson and other counts in Superior Court. The plea deal includes a massive sentence: life without parole, plus a 121-year life sentence, and a third 16-year sentence.

He should be sentenced on September 30 in this case.

In the federal case, the sentence was set for December 28, although it is not unusual for such hearings to be delayed to allow time for lawyers and probation officials to better prepare. Defense lawyers and prosecutors recommend a life sentence, plus 30 years, according to the plea.

As the criminal cases wind down, at least three lawsuits are expected to take significantly longer to make their way to court.

Survivors of the shooting say the synagogue did not have sufficient security measures in place, although it did secure money from the federal government to improve security.

Smith & Wesson, maker of the Earnest rifle used, is also to be sued by some survivors for negligence and other claims, such as San Diego Guns, where Earnest purchased the gun with a hunting license that was not yet valid.