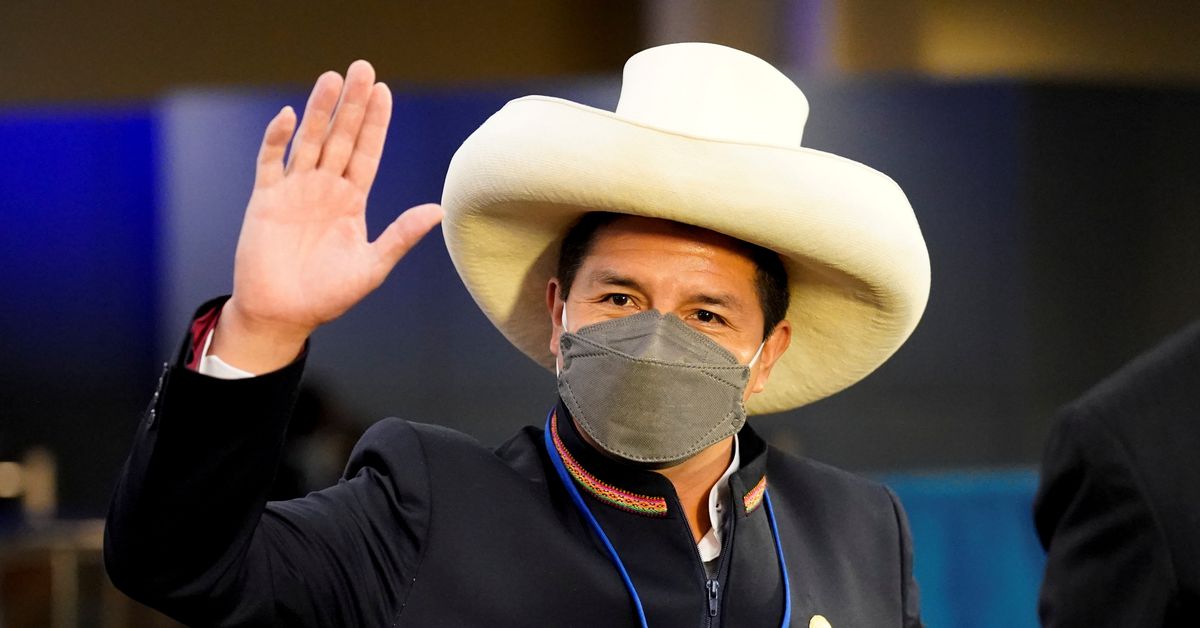 The prosecutor announced the opening of an investigation into Castillo for alleged influence peddling, focusing on the meetings that Castillo has had with representatives of companies vying for a contract to build a bridge in a Amazon zone and another for the sale of fuel to state-owned company Petroperu, a prosecution statement said on Twitter.

He said the president “intervened inappropriately” in the bidding process.

Castillo, whose popularity fell rapidly after taking office in late July, has dismissed the charges. He says they are orchestrated by his opponents, who want to oust him.

The administration press service was not immediately available for comment. Five of Peru’s former presidents have been investigated for corruption in recent years.

Peruvian presidents are immune from prosecution during their five-year tenure, but they are subject to investigation.