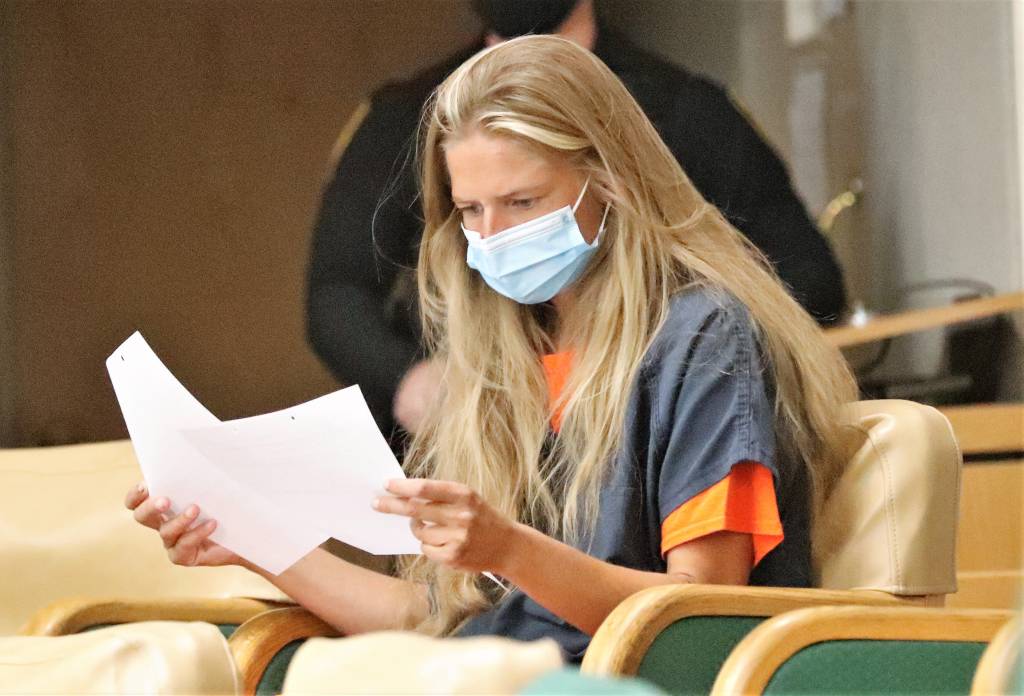 The 30-year-old CalTech graduate yoga teacher from Palo Alto, accused in Shasta County of starting the destructive Fawn fire last month, will be assessed by a pair of psychologists to determine her mental state.

In Shasta County Superior Court on Tuesday, Alexandra Souverneva’s private defense attorney, Gregg Cohen, “expressed doubt as to the competence of the accused” and her ability to assist her. defense attorney, court spokeswoman Briona Haney said.

She has pleaded not guilty to arson and remains in custody in Redding on $ 150,000 bail. She told authorities she was walking to Canada when she tried to start a fire to boil water from a puddle she said contained bear urine. .

The Fawn fire that began on September 21 in a quarry deep five miles south of Lake Shasta was largely contained a week later, but not before destroying 185 structures and injuring three people.

The story gained national attention after the arrest of Souverneva, an unusual suspect for a crime most often committed by men. Daughter of engineers, Souverneva graduated from Palo Alto high school in 2009 and has given private lessons there in recent years. She earned degrees in chemistry and biology from CalTech and was pursuing graduate studies in environmental science and forestry in New York City. She had worked as a research associate at biotechnology companies Gilead Sciences in Foster City and Nanosyn in Santa Clara.

Despite her illustrious credentials, she has had alcohol-related run-ins with the law for the past five years, including drunk driving and drinking in public. Over the past month, she was arrested on Interstate 5 near Red Bluff and held in Tehama County Jail on suspicion of driving under the influence of alcohol and drugs and of obstruction and resistance upon arrest. A week later, she was arrested on the Oregon coast for criminal trespassing.

Hours before the fire started, Souverneva had been released from prison after another resistance arrest incident, details of which were not available. The next morning, she was seen walking through the quarry and ignored a workman’s instructions to leave. According to the criminal complaint, she continued to walk and threw two CO2 cartridges and a battery before disappearing.

At 8 p.m. that evening, a firefighter met her by the fire, dehydrated, and called for help. She was questioned by a Cal Fire law enforcement officer, who found two more CO2 cartridges and a lighter in her fanny pack, according to the complaint. He placed her under arrest.

Psychologists evaluating Souverneva are expected to have their reports submitted and reviewed before her next hearing at 8:30 a.m. on November 16.