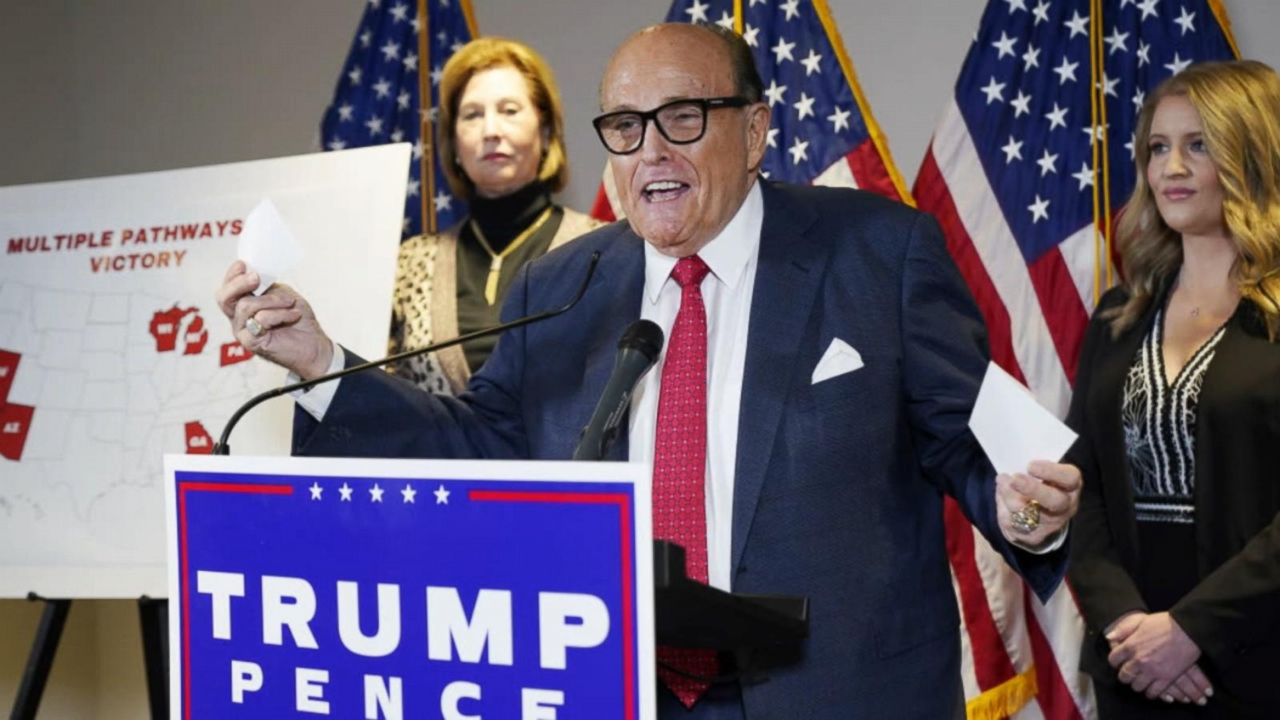 RUDY GIULIANI: “It’s a unilateral decision. the election was stolen from his client, former US President Donald Trump.GIULIANI: “How can they say I lied if I didn’t have a hearing? … The courts are not supposed to decide on the basis of the newspapers, unless they’re Democrats in a Democratic town … I mean, it’s just Trump’s lawyers whose offices are raided. It’s only Trump’s lawyers who are penalized without anyone hearing their point of view. ” Giuliani’s comments to reporters outside his Manhattan apartment building came after the state’s appeals division said, “We conclude that there is undisputed evidence that [Giuliani] communicated manifestly false and misleading statements to courts, lawmakers and the general public in his capacity as counsel for former President Donald J. Trump … We conclude that [Giuliani]’s conduct immediately threatens the public interest and warrants a temporary suspension from the practice of law. “GIULIANI:” I have been a lawyer for 50 years. I never had a complaint. I have never had a problem. I believe the real problem here is that someone has to fix this double standard justice system, which is no longer America … They are prejudiced Democrats who credit newspapers instead of witnesses. He’s not a judge. ”The court said Giuliani had made numerous false statements, including that hundreds of thousands of mail ballots or votes, including those of deceased people, had been mis-counted. election – although his formal written complaint on Trump’s behalf makes no mention of it. The court also suggested that Giuliani’s suspension could become permanent, saying, “We see there is evidence of continued misconduct. “GIULIANI:” Before you can say that I was acting incorrectly, you have to listen to these witnesses. Several courts, state election officials, and members of Trump’s own administration have dismissed the allegations of widespread electoral fraud as false, and neither Trump nor Giuliani have produced evidence to show otherwise. The suspension of Giuliani’s attorney’s license adds to legal problems for the 77-year-old former US attorney in Manhattan and mayor of New York City. in Manhattan examined Giuliani’s connections in Ukraine, including whether he broke lobbying laws by acting as an unregistered foreign agent while working as Trump’s attorney.