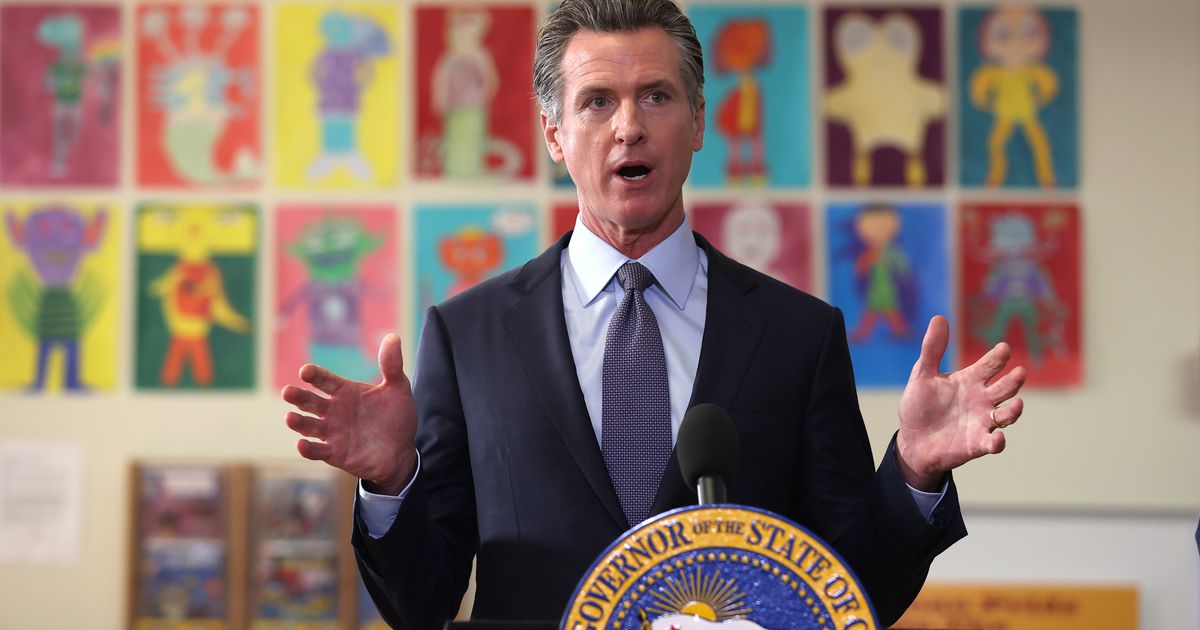 SACRAMENTO, California – The COVID-19 vaccination rate is lower among California state employees than among the state’s general population, according to data from the state’s Department of Human Resources.

Less than two-thirds of state officials – around 62% – were vaccinated as of October 7, according to preliminary figures provided by department spokeswoman Camille Travis. This compares to a rate of around 72% among all Californians, according to state data.

Employee data is incomplete, representing about 213,000 of the state’s 238,000 employees, Travis said. But the relatively low rate identified so far suggests that many workers have not been moved by Gov. Gavin Newsom’s July orders for workers to get vaccinated or undergo regular testing.

Several of the largest state departments have shared vaccination rates for their staff: 52% of California Highway Patrol workers, 60% of Department of Motor Vehicles workers, and 60% of prison workers have received the vaccines. Caltrans reports a higher rate, with 70% of its employees vaccinated against COVID-19.

The Newsom administration’s shooting or testing rules for state officials are less stringent than those the governor has imposed on health workers, who must be vaccinated unless they seek a religious or medical exemption.

Still, Health and Human Services Secretary Mark Ghaly expressed frustration with the pace of vaccination in a September 28 letter to state employees which he said was caused by the preventable death by COVID-19 of a worker who left behind a wife and two children.

â€œWe haven’t done enough,â€ Ghaly said in the letter. “Despite our work to avoid it, we have allowed an invaluable and vital health intervention (to) become more complicated, more polarizing, more confusing than anything that has been seen before in modern medicine.”

He urged employees to get vaccinated for their families, noting that the vaccines are safe and effective and have helped keep the delta variant of the virus at bay.

“For some reason that prevented you from getting the vaccine, I implore you to reconsider,” he said in the letter.

Vaccinated state employees may soon come into closer contact with their unvaccinated peers as state offices reopen in the coming weeks. Large numbers of unvaccinated employees could put a strain on some offices as supervisors are responsible for monitoring and processing employee coronavirus tests.

The human resources department has been collecting immunization data since mid-August and coordinating efforts to set up screening programs for each of the 166 departments, agencies, boards, commissions and other offices that make up the state government. .

“I don’t think we should underestimate the impact of having to identify the staff, train them, put the program in place, work with (the ministry of public health) to put the supplies in place, all of those things.” , said Ortega. â€œState departments normally do a lot of complex work, but that’s in their field. We asked them to take something that is not within their usual expertise, to be trained and to do it.

Offices are using a combination of antigen and PCR testing, facing a nationwide shortage of supplies for antigen testing, which is less uncomfortable than deep nasal swabs from PCR testing. Sixty departments with 20 or fewer employees use over-the-counter testing, said Travis, spokesperson for CalHR.

The public health department contracts with Color Genomics, a Bay Area company, to test supplies and services for most departments.

Departments have not explicitly linked reopening plans to their testing programs, but they should provide testing to employees who do not disclose their immunization status.

Ortega said the human resources department will ultimately be tasked with ensuring the governor’s office that unvaccinated state government employees are tested according to Newsom’s orders.

As of last week, the human resources department received data from 118 of the state’s 166 government offices, Travis said.

Several large state departments had planned to start requiring all employees to begin reappearing in offices at least one or two days a week as of September 1, but many of those plans have been delayed.

Departments including the state treasurer’s office, the Franchise Tax Board and the Ministry of Health Services attributed the delays to the supply shortage tests and the delta variant.

The treasurer’s office is now expected to start calling employees to the office from October 22, while the Franchise Tax Board, the state’s ninth largest department, plans to start bringing all employees to offices on October 1. November.

The actual vaccination rate could be higher than the reported 62% figure, even among the 213,000 employees included in the HR department data.

Paulina Vasquez, California State Lottery district sales rep and SEIU Local 1000 shop steward, said some employees – including her – are vaccinated but have not shown proof to the state.

Vasquez said that although the lottery has not yet offered testing to employees, it wants to be tested regularly even if it is vaccinated. She said her job required her to visit a dozen grocery or liquor stores each day and that she did not want to spread the virus with a breakthrough infection.

â€œI would hate to get it, be asymptomatic and then spread it,â€ she said. â€œThis is my biggest fear. I would feel bad if I made a parent or grandparent who works in one of these stores sick.

Vasquez said other employees are taking the same approach, and still others simply prefer not to share any medical information with their employer, including their immunization status.

Lottery spokesperson Carolyn Becker confirmed that the lottery has yet to launch a testing program. â€œThe lottery will begin implementing its COVID-19 testing program – hopefully soon – once we receive all the necessary testing supplies,â€ Becker said in an email. â€œWe have most of them and are working with the CRPD to secure the rest. “

Stricter vaccination rules could be imposed on the Department of Corrections and Rehabilitation, the largest department in the state with about 66,000 employees and a 60 percent vaccination rate.

US District Judge Jon S. Tigar in Oakland issued an order on September 27 ordering the CDCR to vaccinate all state prison workers, eliminating the alternative to testing, except for religious or medical exemptions.

Similar prescriptions have been shown to be effective in improving immunization rates among private sector health workers. Vaccination rates jumped among Sacramento area hospital workers after the Newsom administration’s strict order on August 5, wiping out 90%.

Judge Tigar issued his order over objections from the California Correctional Peace Officers Association, which said it would continue to fight against stricter rules. This week, the Newsom administration filed a notice stating that it plans to appeal Tigar’s order.

SEIU Local 1000, Cal Fire Local 2881 and the International Union of Operating Engineers have each filed formal complaints targeting the administration’s decision to impose the rules immediately, rather than giving unions the standard 30-60 day notice period to meet and discuss the impacts of changes in the workplace. .

The administration recently reached a settlement agreement with Local 1000, the largest of the state’s employee unions, which allows employees to refuse to share their immunization status but still requires testing for those who choose to. do not say if they are vaccinated.