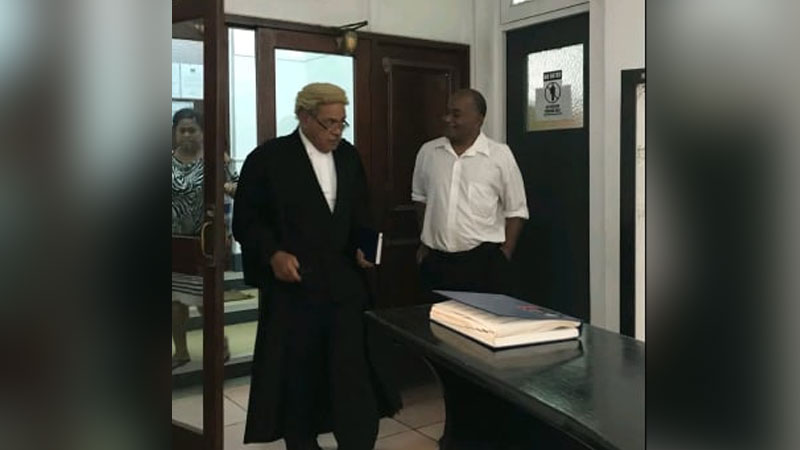 SODELPA MP Niko Nawaikula told the Suva High Court that it is unfair for the prosecution to highlight his whereabouts only between August 2019 and April 2020 because before that time he spent the majority of his time in the village of Buca, Vanua Levu, and had stated that he moved in April 2019.

It is alleged that Nawaikula gave false information about his residence to the former Secretary General of Parliament while claiming parliamentary allowances.

Nawaikula allegedly falsely stated that his permanent place of residence was in Buca Village, Buca Bay and earned $20,201.35 between August 2019 and April 2020.

Nawaikula also told the court that he was surprised at the allegations against him.

The deputy of SODELPA says he even told the FICAC investigators to question the villagers about his residence where he has plantations and this proves that he has always lived there.

He says he also informed his constituents that he will be residing in his village.

Nawaikula says he wanted to move to his village because his parents were old.

Nawaikula told the court that he wrote and told the then Secretary General of Parliament, Viniana Namosimalua, of his intention to move.

He says he also wrote to the Chief Registrar that he was opening an office in Savusavu and there was no objection to that.

Nawaikula says his original plan was to return to his village and he started building his house in 2015.

Nawaikula says he didn’t want to die in Suva.

He says he also informed the opposition caucus of his intention to move to Buca Village in 2019.

Nawaikula is charged with one count of giving false information to a public official and one count of obtaining financial advantage.