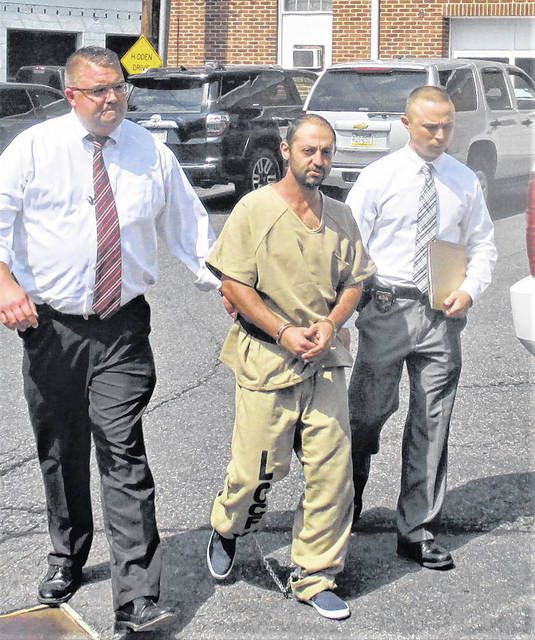 Murder suspect tells judge he disagrees with his lawyer

Wilkes-Barre – Murder suspect Dana Ganje told a Luzerne County judge on Tuesday that he didn’t like the public defender.

Ganje (42) charged with felony murder when Kingston Police found the body of Linda Flick (56) in the Toyota Rav4 behind her residence on August 4, 2018 at 71 Price Street. it was done.

Police said Flick’s body was covered with a blanket in the car.

Ganje was reportedly moved to his Kingston residence after assaulting Flick at a residence who lived in Draher Township, Wayne County. She was last seen by a family standing inside the patio door at around 6:15 p.m. on August 3, 2018.

According to court records, blood was found near the patio door which detached from the rail below.

Ganje’s trial is scheduled to begin on September 17.

During a situation meeting before Judge David W. Rupas, Ganje made a big deal out of being displeased with Demetrius Fanick, an attorney with the county public defender’s office.

Ganje said no work had been done on defending the global positioning of cellphones and that he had not received any discovery documents related to his case.

Rupas investigated Ganje’s concerns and said Ganje was eligible as a public defender because he could not afford to hire a private lawyer.

â€œYou have the right to receive free advice, but you are not entitled to any advice you choose,â€ Rupas said.

Rupas said Fanick was an experienced defendant’s attorney who defended the murder suspect.

â€œI can’t let these guys represent me. My life is lost, â€Ganjeh said.

Rupas proposed that Ganje “open a line” with a lawyer, indicating that his trial is scheduled to begin on September 17.

â€œI was able to manage my case better,â€ Ganje said. His lawyer mistakenly pointed out that he was not making an effort to release him, and Rupas immediately corrected him.

Hogans said he was not allowed to speak to Ganje.

Tennis-Honeymoon must wait! Bride Svitolina back on court

High-profile trial in Kansas hinges on ‘jealousy, rage and obsession’…