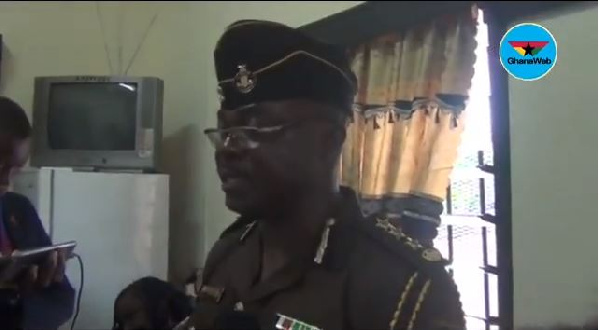 Isaac Kofi Egyir was sworn in as the new Director General of the Ghana Prison Service.

Home Secretary Ambrose Derry congratulated Mr Egyir and said his appointment and confirmation reflected the President’s confidence in him.

He said President Akuffo-Addo had demonstrated his unwavering commitment to improving Ghana’s security situation by re-equipping the security services and through various recruitments.

The Director General thanked the President, the Council of State and the Sector Minister for the honor bestowed upon him.

He said he would lead the charge of rolling out effective rehabilitation programs, particularly in agriculture, where the Service had a comparative advantage, and other vocational training programs to impart basic skills to inmates with a view to ‘successful reintegration into society.

“I want to assure you that I will not disappoint you, but that I will significantly reflect the trust placed in me and in that sense I would like to leave the Ghana Prison Service in a state that would make it more relevant. in the national development program by the end of my mandate, â€he added.

Mr. Egyir has 26 years of experience working with the Ghana Prison Service, including five years of service with the United Nations Department of Peacekeeping Operations in Sudan and South Sudan as a Correctional Advisor and Officer military detention respectively.

He was drafted into the Service on December 5, 1995 as an Officer Cadet and was appointed Deputy Superintendent of Prisons on July 5, 1996.

In the international working environment, he has played a key role in the evaluation of prisons and has given extensive advice on best prison management practices as well as capacity building activities for the country’s civilian and military prison staff. emerging from conflict.

Mr. Isaac Egyir is a member of the International Corrections and Prisons Association (ICPA), the African Correctional Services Association (ACSA) and the Ghana Animal Production Association.
He is married and the father of three children.