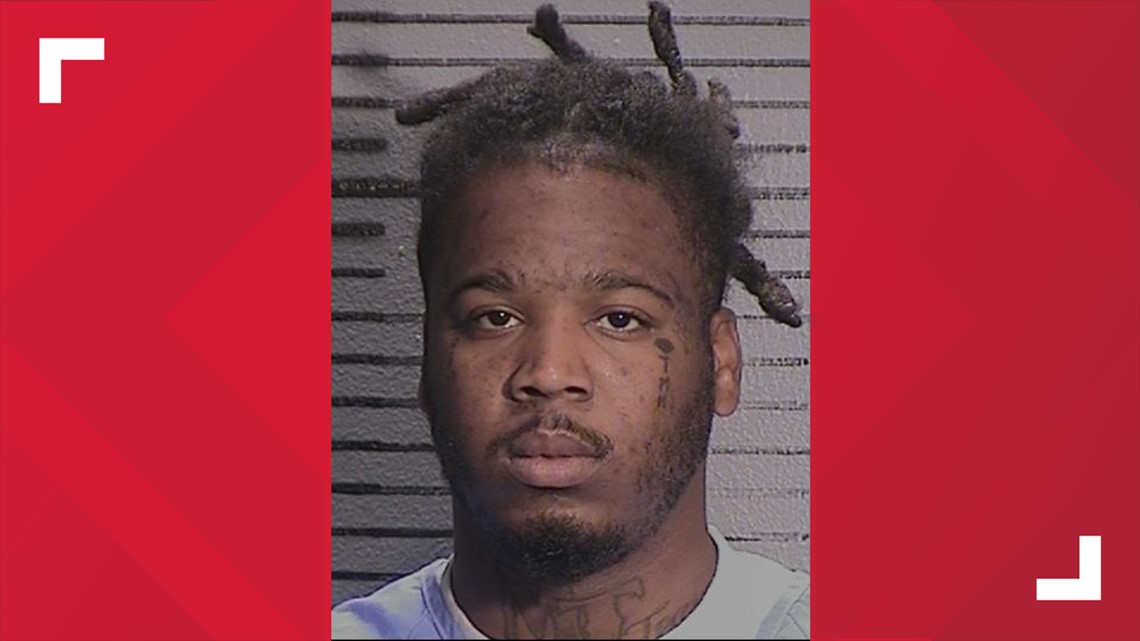 Smiley Martin, one of the alleged shooters in the Sacramento mass shooting, originally filed a lawsuit in court in 2018, leading to a possible settlement.

SACRAMENTO, Calif. — Just five weeks before the K Street shootout between rival gangs that left six dead and 12 injured on the streets of downtown Sacramento, Sacramento County accepted a $7,500 settlement offer $ with one of the alleged shooters, Smiley Martin, court records show.

In a handwritten complaint filed with the United States District Court for the Eastern District of California in 2018, Martin claimed a correctional officer was responsible for the attack on rival gang members.

Martin alleged that guards failed to report the incident or check on the well-being of inmates after a fight at the main Sacramento County Jail on January 18, 2018. In the complaint, Martin wrote, “I was threw water and second degree burns on my right hip. The police did nothing at all. »

Martin later added that he had filed a complaint, but the correctional officer threatened him with new charges on his sentence.

“The county’s decision to settle for $7,500 was purely an economic decision. The case settled on 3/18/22 because the trial date was approaching in a few weeks. As it was likely that the trial would be postponed for several months given the safeguarding of the court calendar due to COVID, a decision was made to end the case, as the costs in the future would multiply,” said county officials said in a statement.

Defense attorney Mark Reichel, who is not involved in the case in question, says such lawsuits are common and result in settlements large and small.

“Someone we may find wrongful for whatever reason, there still isn’t a lot of torture allowed under US law, they’re not allowed to be punished unless the time for punishment has come and it’s never a physical punishment. We don’t do that,” Reichel said, adding that taxpayers too often bear the economic burden in Sacramento.

Among recent county settlements in 2020, the Sacramento County Sheriff’s Office entered into a consent decree with Disability Rights California – agreeing to be monitored because it improves conditions for people with disabilities. In 2019, $7 million was paid out for the wrongful death of a man shot dead by deputies in
and also in 2019, $27 million in a fatal accident involving a deputy.

Martin, who is still recovering from his injuries at a local hospital, was identified by the Sacramento Police Department as one of five gunmen who opened fire in an alleged shootout between at least two local gangs on April 3 in downtown Sacramento.

Sacramento police said they plan to put Martin in jail once he is released from the hospital.

WHO WAS ARRESTED SHOOTING?

Sacramento police said there were five shooters and identified three.

Dandrae Martin, 26, was identified by police as a shooter. He was arrested on suspicion of assault with a deadly weapon, but prosecutors only charged him with a firearm possession offence.

► RELATED: Who is Dandrae Martin? The 1st arrest in connection with the deadly Sacramento shooting

Smiley Martin, 27, was seriously injured in the shooting and arrested in hospital on suspicion of possession of a firearm by a prohibited person and possession of a submachine gun.

According to prosecutors and court records, both brothers have criminal records that include convictions for violent attacks on women they encouraged to work as prostitutes.

Smiley Martin was released from prison under the supervision of probation officers in February after serving less than half of his 10-year sentence due to voter-approved changes to state law that reduced the sentence for certain crimes and gave a chance for early release.

An even earlier chance at freedom was denied in May 2021 after prosecutors wrote to the parole board citing Martin’s long rap sheet and said he “clearly had little respect for human life and the law”.

A 31-year-old man was arrested near the scene of the shooting with a gun that police say was not fired during the melee.

WHAT HAPPENED BEFORE THE SHOOTING?

Police have yet to reveal what led to the shooting, but a 15-minute video posted live to Facebook earlier in the night by Smiley Martin showed him brandishing a large handgun, a police official said. law enforcement at the Associated Press.

The video posted about four hours before the shooting allegedly was shot in a North Sacramento parking lot.

Smiley and Dandrae Martin were in the video, along with Joshua Hoye-Lucchesi, one of the men who died in the shooting, said the official, who was not authorized to publicly discuss details of the investigation and spoke to AP on condition of anonymity.

Investigators believe some of the men involved in the shooting were members of the Crips street gang, the official said. At least one of the victims had been linked by law enforcement to the Bloods gang, according to the official.

In the video, Smiley Martin repeatedly waved a handgun at the camera, at one point saying he was going to a club but didn’t have ID, the official said. He also spoke of an affiliation with the Crips street gang and Hoye-Lucchesi could be heard making veiled threats against someone else, according to the official.

At other times in the video, it appeared the handgun had re-entered Martin’s belt, the official said.

The video also showed local police driving nearby and calling the group to ask if they had seen a child nearby, the official said. The men replied that they had not done so before the officer left.

Sacramento police spokesman Chad Lewis said officers were aware of the video which included three of the people involved in the shooting. He said the video showed people waving guns and at one point a police car rolled over.

WHAT TYPE OF FIREARMS HAVE BEEN FIRED?

Police have not yet released the type of weapons used in the shooting, but said more than 100 shots were fired, which is based on the number of shell casings recovered.

Witnesses provided more than 200 videos and photos and tips that helped investigators, police said. The explosion of gunfire heard on videos posted online had the ringing of semi-automatic or automatic weapons.

A stolen handgun found at the scene had been converted into a weapon capable of firing automatically. Police were trying to determine if it had been used in the shooting.

Smiley Martin is facing a charge of possession of a machine gun, although police have not said anything about whether the weapon was used in the shooting.

The official who spoke on condition of anonymity said police are trying to determine if the weapon Martin was sporting in the video was used in the attack.

Police also seized a handgun during a search of three homes after the shooting.

WHO ARE THE VICTIMS ?

► RELATED: Downtown Sacramento shooting | Who are the victims ?

It was about three fathers raising their young children, a sister driving downtown to pick up her older brother after a night out, a landscaper saving him concert ticket pay, and a woman living on the street looking for accommodation.

Of the 12 people injured, at least two remained hospitalized on Friday.

Police say Smiley Martin will be incarcerated in the Sacramento County Jail after he is released from the hospital.

► Get updates In your inbox: Sign up now for the Daily Blend newsletter for local headlines, weather, tips and even something to put a smile on your face.

► ABC10 on demand: Access our local news, live programming and weather with the free ABC10 app for Roku and Amazon Fire TV.

Prosecutors reveal who can testify against PG Sittenfeld