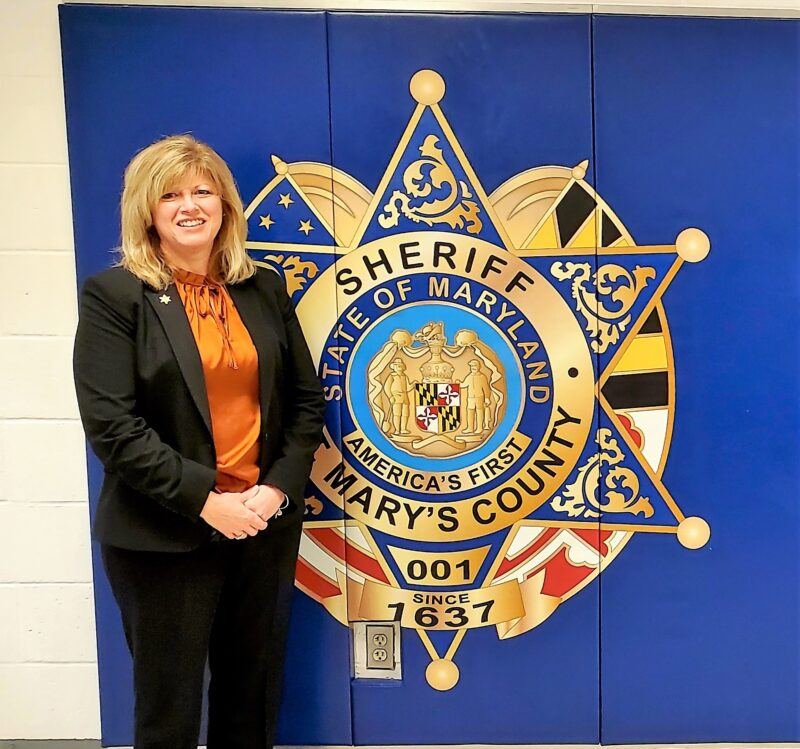 Maj. Deborah Diedrich, who previously served as director, retired in late February after serving in the Sheriff’s Office Corrections Division for more than 33 years.

Thompson worked for the FBI’s Field Office Division in Washington for five years before joining the St. Mary’s County Sheriff’s Office in November 1989 in the Corrections Division. Thompson rose through the ranks of the division, working as corrections coordinator, executive coordinator, support services administrator, deputy warden, and eventually director.

“I look forward to your leadership and tenure at the detention center for a long time,” Sheriff Cameron told Thompson this week.

“I am very honored that Sheriff Cameron has given me the position of director of the St. Mary’s County Detention and Rehabilitation Center,” Thompson said. “I look forward to building on the legacy of Wardens before me to advance community corrections and the reintegration of offenders into our community.”

“I’m really touched to be chosen as director; it’s my dream job. I have always wanted to make a difference to our community by positively changing people’s lives, not only the offenders in our care, but also the wonderful staff who work at the Correctional Division,” she said.

Since becoming deputy warden, major projects at the detention center have included the construction and opening of a new addition to the facility, a new medical unit, and further upgrades to the central control system and of security. The Sheriff’s Office also partnered with the St. Mary’s County Health Department to procure an office pod that now serves as a community corrections facility.

Thompson also serves on the board of the Middle Atlantic States Correctional Association.

Congratulations Mary Ann, we wish you the best in your new position.