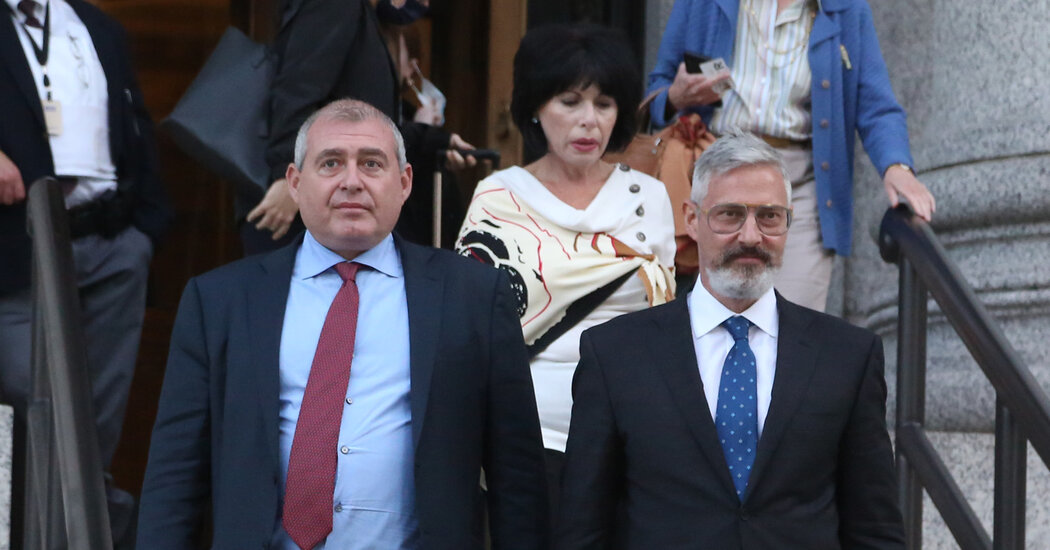 Although Mr Parnas strayed from his area of â€‹â€‹expertise, Mr Bondy said, he had not “willfully” broken any law. Instead, Mr. Bondy argued, Mr. Parnas had been baffled by the intricacies of campaign finance rules.

â€œHe was way over his head,â€ Mr. Bondy said. â€œBut he had good ideas.

Gerald B. Lefcourt, an attorney for Mr. Kukushkin, said his client, too, had no “criminal intent” and was not involved in political donations. Mr Lefcourt said Mr Kukushkin planned to start a legal cannabis business and believed Mr Parnas and Mr Fruman to be politically connected experts who could help secure the necessary licenses.

Instead, Mr Lefcourt said, the pair took money intended for business expenses and used it to pay off debts and finance their lavish lifestyle, essentially defrauding Mr Kukushkin.

“They saw him as unsophisticated and inexperienced – a rube,” Lefcourt said during his final argument.

The charges were largely based on extensive documentation that included campaign contribution receipts, bank statements and logs of WhatsApp messages exchanged by key figures in the case.

The evidence helped complete a picture of Mr. Parnas, who was born in Ukraine, raised with humble roots in Brooklyn, made his way into the upper echelon of Republican donors, and became a key figure in the impeachment of ‘an American president.

Prosecutors said records showed that a donation of $ 325,000 to the super PAC supporting Mr. Trump, America First Action, Inc. was falsely flagged as coming from Global Energy Producers, a company founded by Mr. Parnas and Mr. Fruman. In fact, prosecutors said, the money came from a loan Mr Fruman took out for a condo he owned.