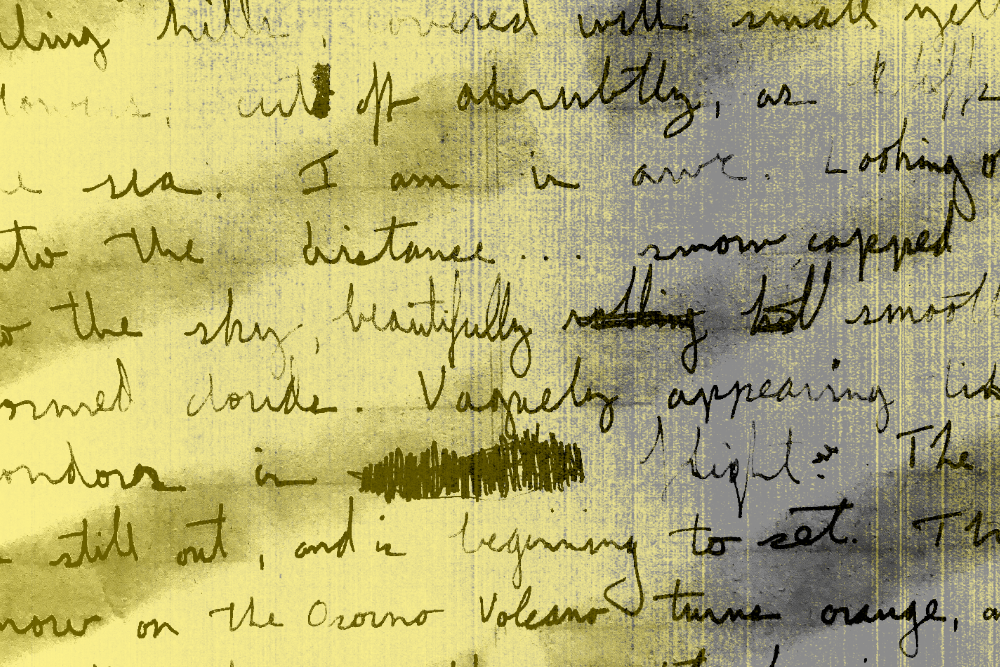 To all the saints, imprisoned and free, in the United States, the world leader in incarceration rates:

“Grace to you and peace from God our Father and the Lord Jesus Christ.”

For those going through the hell of incarceration, receiving a letter may seem sacramental, a tactile reminder of the presence of loved ones, and a hope beyond present reality.

It is likely that the apostle Paul wrote this greeting (Philippians 1: 2) in a prison cell – a reminder that letters sent to and from prisoners are fundamental to the establishment of Christian communities.

Today, for â€œfreeâ€ Christians interested in following the gospel commandment to â€œvisit the prisonersâ€ (Matthew 25: 39-40), mail correspondence is often a starting point; as a Christian abolitionist, I understand postal correspondence as an element of revolutionary solidarity with those who are incarcerated. Given the difficulties for visitors and chaplains to enter prisons – especially with visitation restrictions due to COVID-19 – the mail is a lifeline for those in prison.

But despite the importance of these letters, the Federal Bureau of Prisons is piloting a program to replace physical mail to prisoners with scanned copies, a program that I believe is extremely unfair and has urgent implications for the practice of our faith, to both for Christians who are incarcerated and Christians on the outside.

As reported by the Prison Policy Initiative, the BOP has contracted with the MailGuard service, which will provide inmates with a scanned copy of their correspondence, instead of physical mail. Prison Policy Initiative and Just Detention International have written a detailed report which gives several reasons why this program will be detrimental, including the detrimental effects on the mental well-being of those in prison and its potential to undermine confidential communications between survivors of abuses incarcerated and their defenders.

Christians should be particularly concerned that the program will create a barrier for the most vulnerable incarcerated people, such as people with disabilities and those in solitary confinement. Furthermore, The Orlando Sentry reported that the Florida Department of Corrections plans to charge inmates for access to their mail, raising the possibility that other prisons will do the same. Obviously, the addition of charges for incarcerated persons to receive these scanned copies places a heavy burden on the poorest inmates.

Programs like MailGuard, which make it harder for people in prison to stay in touch with loved ones, increase isolation and suffering. These programs also deprive incarcerated people of an essential part of rehabilitation: relationships with family and loved ones in the community – the types of community relationships that make us want to do better and be better. When policies hinder this crucial communication, they make rehabilitation all the more difficult.

The physical nature of the mail is also important. For those subjected to the hell of incarceration, receiving a letter may seem sacramental, a tactile reminder of the presence of loved ones and of hope beyond present reality, glimpses of divine grace. and presence mediated by the physical object.

When I started writing to people in prison, I was encouraged to send greeting cards with beautiful pictures that they could hang on the walls of the cells. I almost always send cards now, from free greeting cards sent by charities to cards I bought for the holidays. I’ve learned that dollar stores are the best place to buy cards for incarcerated people because their cards usually avoid special food or time with families wishes, and instead rely on imagery. nun of thanksgiving, blessing and resurrection. Another abolitionist suggested sending postcards of places I had visited or anything interesting from the outside world. So, I started sending postcards as well as liturgies for morning and evening prayers, and the people I corresponded with told me that they had hung these pages near their bunks to pray every day. days.

And in return I received material items that I cherish: a beautiful Mother’s Day card sent by someone I met in prison, a hand-drawn Christmas card, several pages of poems written by the ‘one of my long-time correspondents. These letters live directly under the icon shelf in my dining room; icons and letters act as sacramental objects which refer to the divine.

Throughout the letter to the Philippians, Paul writes over and over again, â€œI rejoice,â€ despite writing a prison cell. Paul also commands the Philippians to â€œrejoiceâ€ in all circumstances, despite the persecution they face. Correspondence with incarcerated people is a joyful and sacramental act of communion because it reminds us that we can come closer to one another when the violent forces of the State, concretized in the literal walls of the prison, separate us. Our faith, founded on the incarnation of Christ, regards concrete objects as symbols of the divine. Letters written to prisoners become sacramental objects and – just as in the sacraments of communion, baptism or anointing – this sacramental character has a physical component. Policies that deny prisoners access to their physical mail ignore this sacred reality.

As people of faith, we can oppose this policy by joining Just Detention International’s campaign calling on US Attorney General Merrick Garland to end MailGuard and other restrictive prison mail practices. We can also respond by recommitting ourselves to correspond with those in prison. Corresponding with inmates is sacramental. When we write to those in prison, we are writing to Jesus. In doing so, we transmit and experience the joy that accompanies sacramental realities, those concrete actions by which God becomes visible among us.