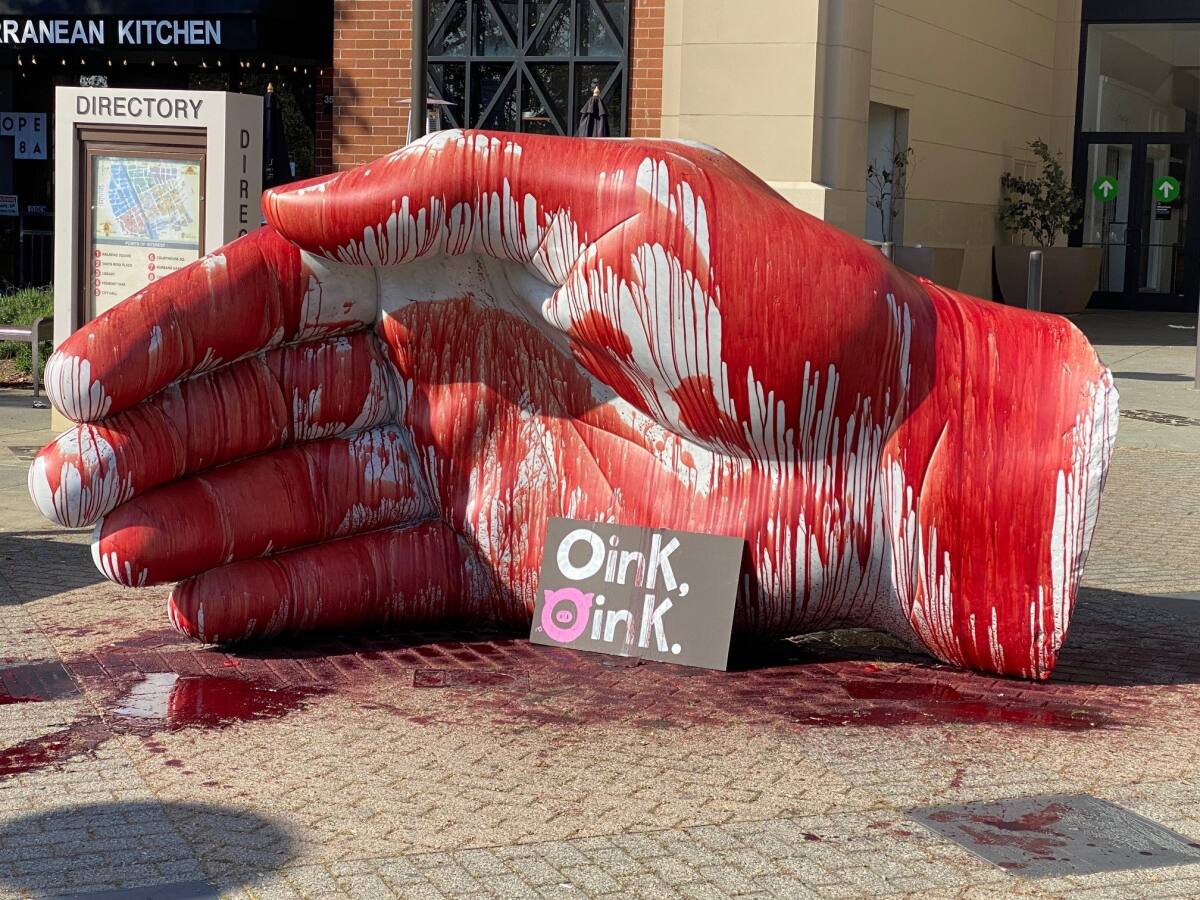 In court to schedule the hearing, after which a judge determines whether there is enough evidence to go to trial, Sonoma County prosecutors have objected to the judge handling the case, Peter Ottenweller, and the he case was transferred to another court.

It came after the original judge, Robert LaForge, recused himself last week from hearing the case. It’s unclear why LaForge pulled out.

Deputy chief district attorney Brian Staebell said his office filing the peremptory challenge against a judge was not uncommon. Such a challenge alleges that Ottenweller is biased, but legally the disputing party does not have to state a factual basis for the motion.

Each side of a court case is entitled to only one peremptory challenge.

Two of the five defendants, Colin Metcalfe and Christina Henry, are accused of smearing blood on a house that once belonged to Barry Brodd, a former Santa Rosa police officer and law enforcement trainer who testified on behalf of Chauvin , the Minneapolis police officer who was convicted of the murder of George Floyd.

The other three, Kristen Aumoithe, Rowan Dalbey and Amber Lucas, each face a criminal vandalism charge in the same case of vandalism of the hand sculpture “Agraria” outside the Santa Rosa Square, which was covered. pig’s blood on April 17, the same morning as the vandalism reported at the home.

Dalbey made a sign saying “oink oink” which was left behind by the hand carving, prosecutors said.

All five, who were arrested in May, also face charges of conspiracy to commit a felony.

On Wednesday, the case landed with Judge Mark Urioste, who has heard arguments on several fronts, including defense requests to separate the defendants into different cases and to dismiss the case against Dalbey entirely.

A defense attorney said he would file a petition asking Urioste to force prosecutors to turn over evidence in the case, which he said they were withholding.

Prosecutor Robert Rasp has asked the judge to order defense attorneys not to publicly disclose the police body camera videos they obtain, arguing it could harm a potential pool of jurors and violate the privacy rights of non-participants.

Rasp also sought an order prohibiting the defendants from visiting the vandalized Santa Rosa house. Urioste changed the conditions for the accused’s release to include that they only visit the property with their defense teams and remain on public property.

Urioste said he would hear formal arguments on November 18 on whether to separate the defendants and dismiss the charges against Dalbey, whose lawyer, renowned defense lawyer Tony Serra, is seeking the ruling.

The judge declined to tell defense attorneys what they can do with the police body camera video they are receiving as potential evidence in the case.

The district attorney’s policy regarding such video requires attorneys to give 15 days written notice before releasing body camera videos to the media or posting them to a website or social media. During this time, either party can object and seek a protective order from a judge blocking the video’s publication.

Figueroa said he had informed prosecutors he could release body camera footage.

In the absence of a formal motion before him, Urioste said he would not plunge into disagreement.

“I don’t think I have the power” to restrict the processing of videos by defense lawyers, he said. â€œI’m not going to go into the process on my own. “

Rasp has said he will file such a request, which Uriosta will also hear on November 18. The other defense attorneys also said they would consider whether they would potentially object to the videos being posted.

Deputy Chief District Attorney Brian Staebell said his office had no general objection to the videos being shown.

â€œIf one party wants to release, we have to make sure that the other parties are all heard and that their clients are not against it,â€ he said. â€œWe didn’t know where all the parties were this morning on this issue. In fact, we are still trying to verify.

Prosecutors’ objection to Ottenweller was not explained.

It was not clear whether the so-called ‘paper’ was linked to a move three years ago when prosecutors regularly challenged Ottenweller, a defense attorney who joined the bench in 2010.

In 2018, he became the target of repeated disqualifications after being transferred from a civil law courtroom to a felony trial mission as part of an annual judicial job reshuffle. Before he even took his seat, prosecutors began disqualifying him under a law that allows anyone to change judges if they feel the judge is biased towards them.

District attorney Jill Ravitch said at the time that there had been no campaign organized by his office to disqualify Ottenweller.

In a 2-1 decision, the court of appeal confirms the constitutionality of the man’s indefinite detention | Courts