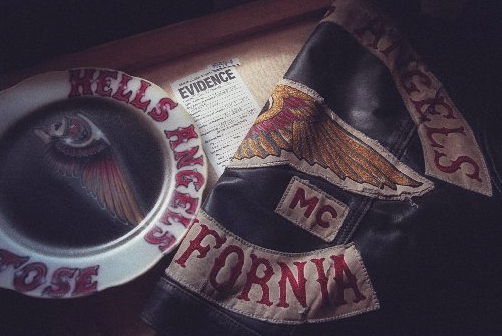 SAN FRANCISCO — After a two-month trial, a jury must decide the fate of three Hells Angels members charged with the murder of another club member who was later unlawfully cremated, a case largely based on a member’s word. dropout who says he was recruited into the conspiracy.

Jonathan Nelson, Russell Ott and Brian Wendt are charged with the murder of Joel Silva, a Sonoma Hells Angels sergeant-at-arms who prosecutors say was shot inside the motorcycle gang’s Fresno clubhouse and brought to a nearby funeral home for a clandestine cremation the next day. The three are among a dozen Hells Angels members charged in connection with a 2017 racketeering case targeting Hells Angels from coast to coast, but centered on Sonoma and Fresno.

Wendt is accused of personally shooting Silva in the back of the head as he bent down to grab bags of marijuana that were used to lure him to Fresno. Ott is accused of driving him to the clubhouse as part of the conspiracy, and Nelson is accused of helping plan the murder, which a prosecution witness says never happened without his permission.

Defense attorneys reacted by attacking the credibility of key prosecution witnesses, including FBI agents, and portraying the case as the result of a biased investigation by law enforcement desperate to bring down the charges. Hell’s Angels. They also offered an alternative theory, that Silva was murdered in a dispute involving marijuana trafficking, by a rogue Hells Angel who is now the prosecution’s key informant.

“The government is asking you to read tea leaves,” said defense attorney Jai Gohel, who represents Nelson, and described the main prosecution witness as a “proven liar” who admitted on the stand to giving to the FBI a false version of events that involved his presence for Silva’s murder.

In his final address to the jury, US attorney Kevin Barry mocked the defense’s idea that the Hells Angels were just a motorcycle club, not the criminal organization that the prosecution introduced them. He asked, sarcastically, if Moose Lodge members kept stashes of guns and knives in their clubs like those found during police raids as part of the investigation.

“Lions are not concerned about drive-by shootings in their clubhouse. Kiwanis do not refer to hunting rival members as big game hunting or small game hunting,” Barry said.

During the trial, former Hells Angels member of the Richmond chapter, Joseph Hardisty, testified for the prosecution that he held a meeting at his home in Antioch where several members of the club, including Nelson, planned Silva’s murder. He said Wendt later bragged about shooting Hardisty and that Ott and Silva drove together to Fresno in Ott’s truck the day Silva was killed.

The motive, according to Hardisty, was Silva’s increasingly erratic behavior which culminated in him threatening a Hells Angel in Boston at a major East Coast motorcycle event. He said he was close friends with Silva and was overwhelmed with guilt after the murder, which led to his decision to defect and testify.

But the defense points out that Hardisty first told FBI agents he was in Fresno, outside the clubhouse, when Silva was shot, then came clean and admitted to lying about this detail soon after. They also set aside testimony from an FBI agent that the phone records place the defendants exactly where Hardisty said they were, calling it speculative and exaggerated.

Gohel also offered an alternate theory: that Hardisty was the one who shot Silva inside Silva’s truck, which was later found burnt out in a remote part of Fresno County. He suggested that Robbie Huff, another Hells Angel who disappeared in February 2015, helped dispose of the body.

Barry called this theory “absurd” and wondered why there was no attempt to search for Silva after he disappeared, and why he was never given an extravagant burial that culminated in a big run of motorcycle, like other prominent Hells Angels who die in good standing usually receive. .

“Why would Joseph Hardisty shine the spotlight on a murder he committed?” Barry asked.