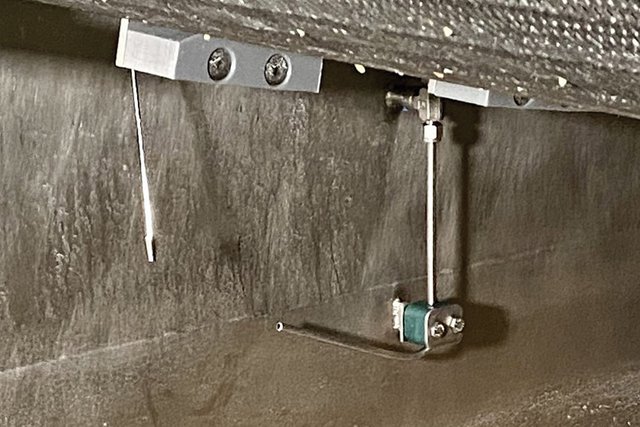 The lawyers represent the estate administrators and the surviving families of the six people killed in the Foundation Food Group poultry factory leak. Lawsuits against Messer Gas, the company that installed the liquid nitrogen system at the plant, were filed in Gwinnett County State Court in February.

Weeks after the fatal leak, it was discovered that the “bubble tube,” a key component that senses the level of liquid nitrogen to prevent overflows, was “damaged and out of place,” according to reports. court documents.

While specification drawings show the bubbler tube should have two brackets, only one was installed in the Foundation Food Group’s freezer, according to court documents.

According to the penalty petition, the plaintiffs did not know until August 23 that Messer “found a second bubbler tube which was also damaged and partially moved to another customer in Stillmore, Ga.”

A Messer employee sent a photo of the damaged bubbler tube along with other texts to his supervisor, who in turn forwarded these messages to Messer’s defense attorney and security official in April, according to the sanctions motion.

The employee noted in his April text message to his supervisor that this other bent bubbler tube was “likely what happened to (Foundation Food Group),” according to court documents.

The applicants also discovered that the second angled bubbler tube had since been destroyed.

The request for sanctions was filed on August 30 and a hearing was held on Thursday October 7.

“The court said Messer lied,” said lawyer Matt Cook, who is part of the team representing the plaintiffs.

In the sanction of the requests, the plaintiffs wish that the jury be informed of these details, in particular that “if the second bent bubbler tube were available for the tests, the results would have been favorable to the plaintiffs and unfavorable to Messer”. They also want to prevent Messer “from any allocation of fault to non-parties, and order that Messer not blame any other party or person for the claims” in these lawsuits.

The Times contacted Messer’s attorney Derek Whitefield for comment, but that message was not returned. Instead, Messer’s spokeswoman Amy Ficon sent a statement to The Times:

â€œMesser has cooperated and continues to cooperate transparently with all investigators, including OSHA (the US Chemical Safety and Hazard Investigation Board) and local authorities. Messer is committed to the common goal of finding the causes of this incident and doing his part to prevent such an incident from happening again. “

Ficon did not immediately respond to follow-up questions regarding the more specific allegations in the sanctions motion.

Cook said a judge’s order on the petition would likely come in the coming weeks.