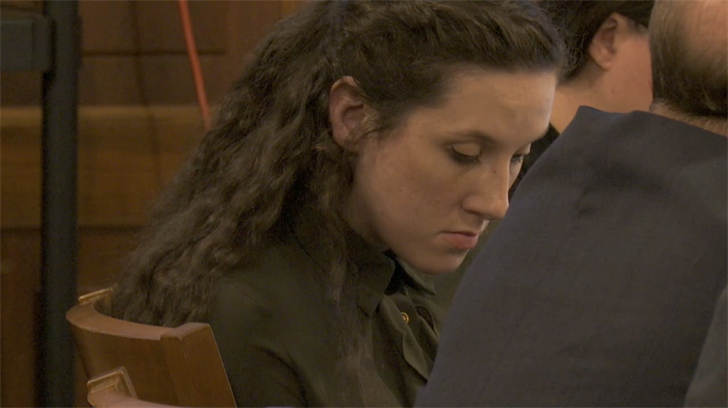 WILBER, NE – Lawyers are arguing for and against the death penalty for Bailey Boswell.

In the first of what could be three days of aggravation and mitigation hearings, lawyers re-launched the investigation into the murder and dismemberment of Sydney Loofe.

The prosecution goes to great lengths to prove that Boswell’s role in the murder was exceptionally depraved and heinous.

The state shared the familiar details of the actions of Boswell and the co-accused Aubrey Trail that led to Loofe’s death. Prosecutors called an FBI agent and a medical examiner to testify as to what Boswell and Trail must have done to get Loofe’s remains in sacks strewn along a gravel road. Boswell looked down when the most graphic autopsy images were shown.

His lawyer said the evidence showed Boswell did not derive any gratuity from the dismemberment of the body.

“Cases of dismemberment should be limited to cases where the dismemberment is not simply an effort to cover up the crime,” said defense lawyer Todd Lancaster. “The evidence you’re going to see today is based on an effort to cover up the crime, to basically hide the evidence of Sydney Loofe’s body – get rid of it, get rid of it – that’s all it is. .

The defense is expected to present evidence of any mitigating circumstances tomorrow. Boswell’s lawyers will try to demonstrate that these circumstances outweigh any aggravating factors and that she should be sentenced to life in prison instead of death.

Agreement not to prosecute Cosby leads to his freedom, exposes prosecution’s missteps