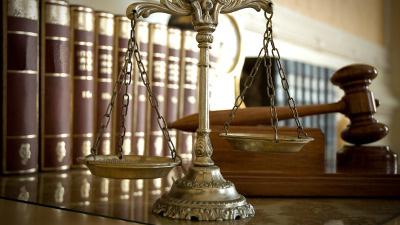 The Kings County district attorney on Monday dropped a longstanding case against a woman who spent four years in prison for giving birth to a stillborn child after using drugs.

Adora Perez had pleaded no contest to manslaughter in 2018, to avoid a murder charge for her stillbirth in 2017 and was sentenced by a judge to the maximum sentence of 11 years in prison. But another judge overturned her conviction – ruling that manslaughter only applies to the death of a human being, not a fetus – and released her on bail in March.

The judge allowed District Attorney Keith Fagundes — the only county prosecutor in California to charge women with stillbirth homicides involving drugs — to decide whether to charge Perez with murder. California law permits a murder charge for the intentional or reckless killing of a fetus, with some exceptions, including abortion.

On Monday, Fagundes filed documents denying the charge. He cited state bill, AB2223 by Assemblyman Buffy Wicks, D-Oakland, which would prohibit the prosecution of women who suffer a stillbirth or miscarriage or who have an abortion. . The bill would allow a woman to seek damages against a prosecutor who brought such charges.

Since his release from prison, Perez “has demonstrated success in a residential treatment program,” Fagundes said in his court filing. But he said he would reinstate his murder charges if AB2223 did not become law.

Mary McNamara, an attorney for Perez, said Fagundes actually dropped the case because he couldn’t find an expert witness who could prove the woman’s drug use caused the stillbirth. The case was “appalling overreach and a chilling exercise of prosecutorial power,” McNamara said.

“This case is just one example of how people’s behavior is inappropriately controlled simply because they are pregnant, a situation that will only get worse” if the Supreme Court overturns Roe v. Wade, said another member of Perez’s legal team, National’s Samantha Lee. Defenders of pregnant women. A draft notice leaked by the Politico website last week showed a five-judge majority ready to overturn Roe v. Wade, the 1973 decision that declared a constitutional right to abortion.

The prosecution also faced opposition from the California Attorney General – Xavier Becerra and his successor, Rob Bonta – whose office usually supports county prosecutors and represents them in higher courts. They said the state law was intended to allow murder charges only against an assailant whose attack caused the death of the fetus and does not allow prosecution of the pregnant woman.

“With reproductive rights under attack across the country, the dismissal of the murder charge against Adora Perez is a victory for justice and the rule of law,” Bonta said in a statement.

Fagundes has also charged another woman, Chelsea Becker, with murder after she suffered a stillbirth in September 2019, when she was 8½ months pregnant, and police say methamphetamine was found in the fetus. But a judge dismissed the charge last May, saying prosecutors had no evidence that Becker, when she used the drug, knew or consciously ignored the possibility that it would end her pregnancy.

Bob Egelko is a writer for the San Francisco Chronicle. Email: [email protected]