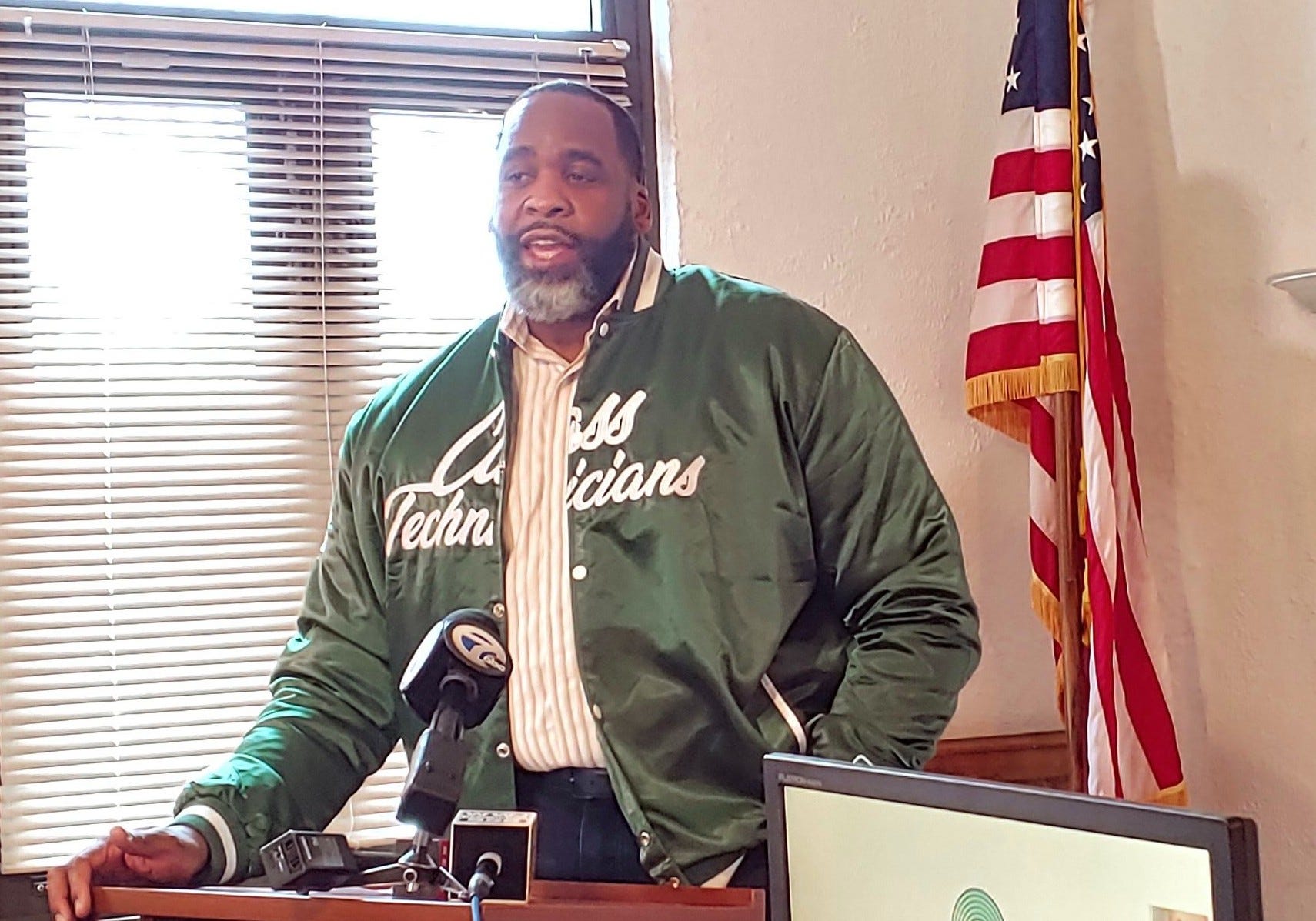 DETROIT (WWJ) — Kwame Kilpatrick, now a Christian preacher, is supporting a ballot proposal that would help some convicts in Michigan serve less time behind bars.

The former Detroit mayor, who traveled to Detroit from his new home in Atlanta, is launching a petition for a plan to offer “hope” to people in the state prison system.

“The message is not really about Kwame,” Reverend Kilpatrick said, “as much as Kwame was on his knees on January 19, and he was praying that the king’s heart would be turned by the Lord…and it happened. “

“And I know in all these MDOC (Michigan Department of Corrections) prisons, there are men and women on their knees praying that God will send someone to help them.”

Kilpatrick spoke at a press conference on Wednesday, joining other faith leaders in supporting the “2022 Good Time Ballot Initiative.”

If approved by voters in November, the bill would give incarcerated people the chance to reduce their sentence through “productive activity” before release; such as working in prison, attending college, attending a training program, managing anger, or rehabilitating from substance abuse. There would also be a veterans credit.

Proponents of the initiative want to repeal Michigan’s Truth in Sentencing Act of 1998, which requires people to serve 100% of their minimum sentence before the parole board has discretion to release them, and eliminate mandatory minimum sentences.

The ex-politician-turned-criminal-turned-convict-turned-preacher half-joked that he had learned a lot during his time behind bars. “Fortunately or unfortunately, I became a criminal justice expert,” Kilpatrick said.

Other speakers at the press conference included Pastor Kenneth Pierce, vice president of the NAACP of Detroit, Dr. Robyn Moore, pastor of the First Baptist Institutional Church, Imam Mohammad Ali Elahi of the Islamic House of Wisdom and the Rev. Dr. John Duckworth, pastor. of the Missionary Baptist Church of Gethsemane.

“The vast majority of other states have some version of a ‘sentence credit system’ that allows people in prison to get early parole through good behavior,” said Duckworth, pastor of Gethsemane Missionary Baptist Church. “Michigan is one of six states with no time credit or earned time policy and as such is out of step with the rest of the country. If we are to be true to our faith, we must open the bridge of reconciliation and redemption when we have seen the errors of their ways.”

They’re asking places of worship to join in and introduce the effort to congregations on Sunday, April 3, which they call “Redemption Sunday.”

Kilpatrick served only seven years of a 28-year federal prison sentence for racketeering, extortion, bribery and other charges related to various crimes during his term as mayor from 2002 to 2008.

Kilpatrick remains on supervised probation at this time.

Under Michigan law, he could not run for political office in Michigan until 2033.

Providence murder suspect, who was released on bail, has been charged again