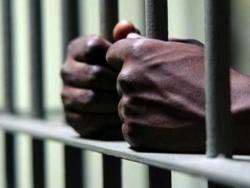 Prosecutors have given the first indication they will appeal a sentence for a murder conviction.

It comes after Judge Bertram Morrison sentenced a Westmoreland man who pleaded guilty to two murders to 12 years in prison for each murder.

The sentences must be performed at the same time.

Linden Powell was sentenced by Judge Morrison in Hanover Circuit Court this morning.

Titles delivered to your inbox

Powell is one of six men who were found not guilty of various anti-gang law offenses during the Kings Valley gang trial in July last year.