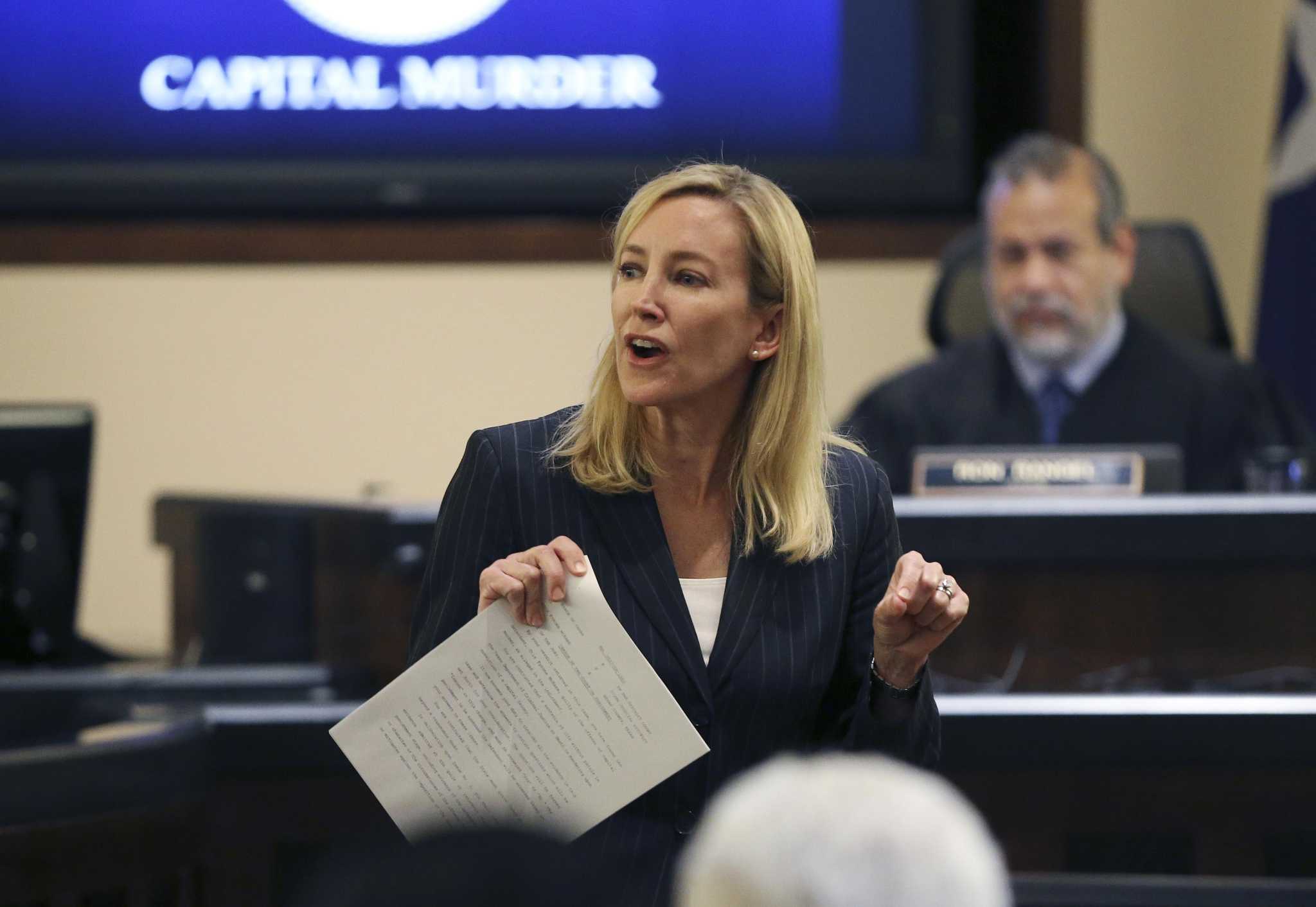 Otis McKane was sentenced to death on Friday for killing San Antonio Police Detective Benjamin Marconi, a beloved officer who the accused said was simply a convenient and random target of his wrath.

Prosecutors also insisted that the execution-style massacre in the city center was planned and calculated, requiring hours of stalking. The jury deliberated for over seven hours in a case that horrified San Antonians as it was filmed, seen by several passers-by on a busy street and looked so predatory.

The same jury had convicted McKane, 36, of capital murder on July 26 after deliberating only about 25 minutes. He had shot Marconi, 50, twice in the head after approaching a parked patrol vehicle where the 20-year-old police veteran was writing a traffic ticket while working overtime.

McKane told investigators and the media he attacked the first officer he saw because no one in the police department would help him when he tried to report that his son’s mother had violated an order visit.

He reminded the jury that surveillance footage taken from the downtown Public Safety headquarters showed McKane from multiple points of view – circling the complex for hours, turning back onto South Santa Rosa Street when Marconi turned around. stopped a motorist, running to shoot the officer and eventually crash through two traffic barriers in a parking lot as he fled in his own vehicle.

Testimony during the four-week trial established that McKane had a distrust of law enforcement, troubled and sometimes violent relationships and a criminal record dating back to the age of 13.

Jurors began deliberating on his sentence at 12:48 p.m., after three hours of oral argument. State District Judge Ron Rangel has asked bailiffs to clear the courtroom so the panel can maintain social distancing due to COVID-19. They told Rangel that they reached a verdict around 8:30 p.m.

Members of the Marconi family released a statement calling for privacy and thanking court officials, jury, law enforcement officials and friends and relatives who attended or supported the trial in another way.

“From the bottom of our hearts, we are extremely proud of all the hard work you have put in to bring justice to Ben and find closure for our family,” the statement said, naming the three prosecutors and District Attorney Joe Gonzales.

â€œAnd finally, to Detective Benjamin Edward Marconi, THANK YOU for improving our lives and the lives of everyone you touched. We miss you forever and we will NEVER forget you, rest well, Ben, â€the statement concluded.

McKane showed no reaction to the sentence. He was handcuffed. Her mother, Sandra McKane, cried and left the room with two of Otis McKane’s siblings and a family friend, kissing. A male supporter shouted, “I love you Otis,” as McKane was led away.

Del Prado praised the work of his fellow deputy prosecutors Tamara Strauch and Jessica Schulze on the case.

“We take no pleasure in this verdict,” he told reporters after reading the sentence. â€œJoe (Gonzales) does not seek death lightly. In this particular case, it was more than necessary.

The jury was to decide whether McKane posed a continuing threat. If they had concluded that no, they should have sentenced him to life in prison without the possibility of parole.

In his argument to the jury, Del Prado noted that McKane, almost as soon as the jury found him guilty last week, again attacked and nudged a bailiff. It took 12 deputies to bring it under control in a secure box near the defense table.

â€œYou heard when you delivered your verdict – it gave him power,â€ Del Prado said, referring to the attack on the bailiff. “Can you imagine yourself at TDC (Texas Department of Criminal Justice) with 143 of his new friends?” “

In argument, defense attorney Raymond Fuchs disputed that the state was discharging its burden by showing McKane to be a constant danger.

“The murder of Benjamin Marconi is tragic, evil and bad,” he said. â€œNo one disputes him – he didn’t deserve it. But what is happening to Otis McKane now? “

Fuchs argued that during the years he was incarcerated in the Bexar County Jail, and since the panel first met him in March 2020 when they were chosen to serve on the jury , McKane had caused no further problems.

â€œIt wasn’t like he never had an opportunity,â€ Fuchs said.

Another defense attorney, Joel Perez, said the murder of a police officer in the line of duty is treated differently from other serious crimes.

â€œIf someone committed murder, killed a mother and her children, the best we can do is give them life without parole,â€ he said. “When they (the prosecutors) say, ‘he has to die, he has to die,’ keep that in mind.”

Perez had barely finished his last sentence when McKane raised his hand and began to stand and wave, trying to speak.

Perez and Fuchs entered the secure dungeon with McKane for a few moments and returned to tell the judge their client would not be testifying.

Strauch ended the argument by showing a video of the attack on the bailiff after their guilty verdict, then posted the transcript of an audio recording taken by Saharia Peillett-Hill, the mother of McKane’s son, who testified that McKane told her, “I’m going to kill you,” as he grabbed the wheel as she drove with their son in the car.

She then showed a video taken from Marconi’s patrol vehicle that showed the officer being shot – once in the left cheek, as he grabbed her face, then McKane’s left arm to a few inches from his head with the second hit.

“This defendant targeted him because of his uniform,” Strauch told the jury. “He feels justified in what he has done because the system has wronged him.”

Strauch showed clips of McKane’s interview after his arrest just 28 hours after the shooting, in which he denied more than a dozen times that he shot Marconi.

Once he admitted to shooting the officer, McKane was reluctant to express regret.

â€œI mean I apologize to the police and family, but something in my heart does not allow me to apologize,â€ he said in the video. “I wanted the police station to feel the burn I felt in my heart.”