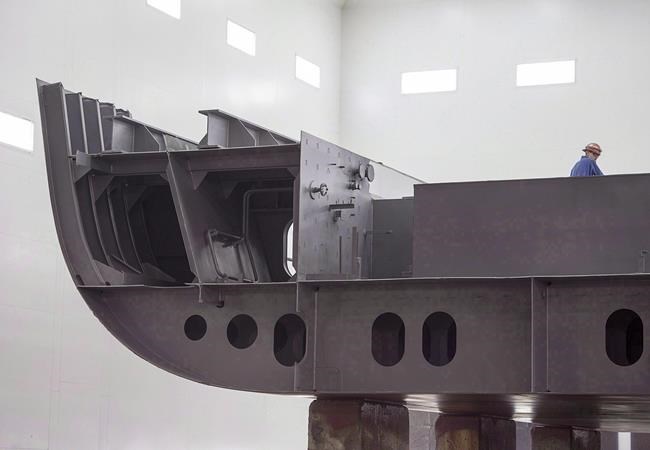 OTTAWA – A judge has stayed criminal charges against a man accused of breaking Canada’s secrets law because of an unreasonable delay in bringing the case to court.

OTTAWA – A judge has stayed criminal charges against a man accused of breaking Canada’s secrets law because of an unreasonable delay in bringing the case to court.

It has been eight years since Huang was arrested in Burlington, Ontario, following an RCMP investigation called Project Seascape.

Huang, an employee of Lloyd’s Register, a subcontractor of Irving Shipbuilding Inc., has been charged under the Information Security Act with attempting to release secrets to China.

The engineer’s trial in the Ontario court was delayed by disputes over the disclosure of information in the Federal Court case, the venue for deciding how much sensitive documents can be kept secret.

â€œThe only one who was in a hurry to have his trial here was Mr. Huang.

Through Secter and his colleague Frank Addario, Huang said on Wednesday that it was “a great relief to me that the matter is over.”

“I felt very lonely during the case, no one was on my side except my lawyers.”

The Public Prosecution Service of Canada said it is waiting for Dambrot’s written reasons to justify the decision and will review them once they are released.

In Federal Court, Huang had requested the release of additional parts of a heavily drafted affidavit and warrant that authorized the Canadian Security Intelligence Service to intercept telecommunications at the Chinese embassy in Ottawa.

Huang was not the target of the warrant and had never been the subject of a CSIS investigation.

However, the spy service informed the RCMP about the phone calls Huang allegedly made to the embassy and claimed that he “offered to provide Canadian military secrets” to the Chinese government. This triggered the police investigation which resulted in Huang’s arrest.

Huang argued that the warrant opened the door to a violation of his charter guarantee against unreasonable search and seizure.

In September 2020, the Crown dropped part of the case against Huang by staying two of the four charges.

This report by The Canadian Press was first published on December 15, 2021.