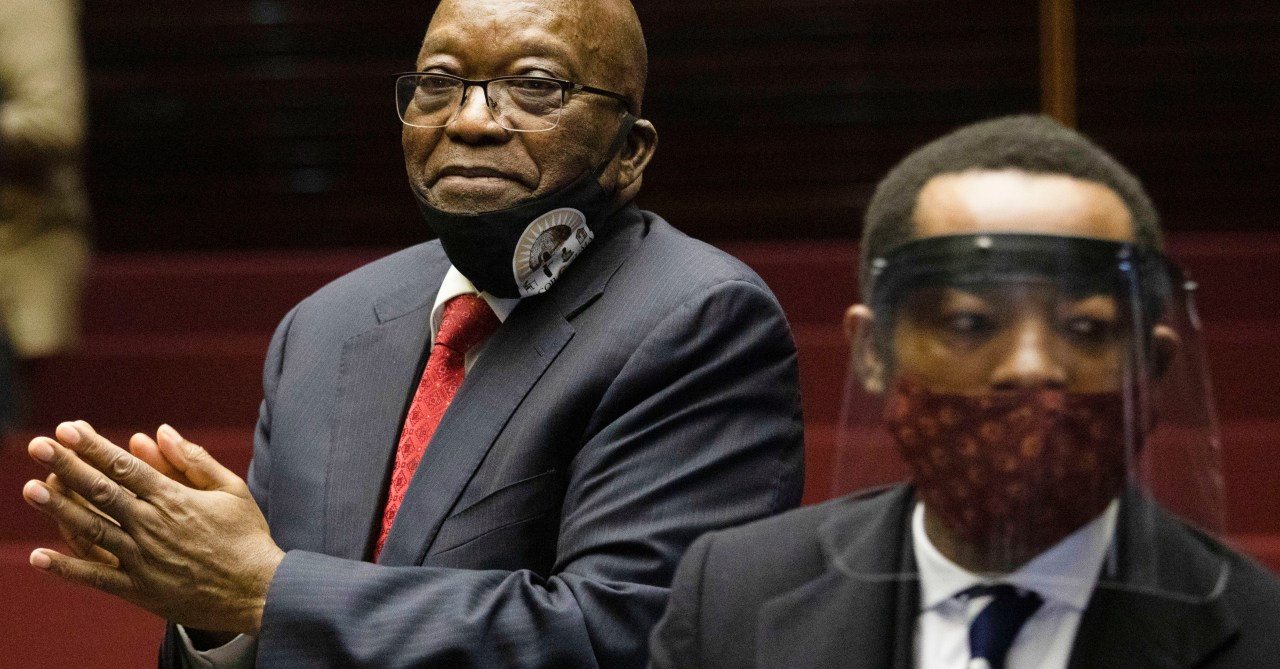 It was the evening of May 9, 2007. I received a call from the editor of The star. A journalist had been assigned to report on the petition to the Constitutional Court by the former Director General of the National Intelligence Agency, Billy Masetlha, against President Thabo Mbeki. Masetlha alleged that Mbeki had illegally suspended and then removed him from his post. The court was due to hear arguments the next day.

The problem for the journalist was that the heads of argument (the legal summaries of the parties to their case) were not available for download on the Constitutional Court’s website, as was usually the case. And when the reporter called the Constitutional Court Registrar’s office for copies earlier today, the Registrar said he was told the arguments could not be disclosed because they contained information which, if they were made public, would harm national security. When the journalist approached Masetlha’s lawyers to obtain the documents, they also refused, given the position taken by the clerk.

We worked through the night to file an urgent application in the Constitutional Court the next morning when the Masetlha case was due to be heard. The court granted immediate access to the pleadings and required litigants to justify why any other records filed in the case should not be made available to the public (most of the documents were eventually made public). And the journalist reported that day on the Masetlha case, guided by the arguments she had successfully obtained and the pleadings in court.

Maughan is a specialist journalist – reporting on important court cases, developments in the justice system and legal issues. There are only a few such specialists in South Africa – and when they report on high-profile court cases – like Masetlha’s or the state prosecution of Zuma for alleged corruption – their currency, their tools of the trade are the court documents that set the parameters of the legal dispute and which, in some legal cases, contain each party’s evidence. Access to these documents helps legal journalists understand the litigation so that, in addition to observing the case in court, they can report and provide accurate analysis in an appropriate context.

The right to publish articles based on court documents is a fundamental principle of media freedom. This is why, 15 years ago, The star took urgent steps to appear before the Constitutional Court to obtain the documents of the Masetlha case. This is why, in 2015, the Supreme Court of Appeals stated, in one of the leading open court cases, that “the guiding principle…must be that all court records are, by default , public documents that are open to public scrutiny at all times”. And that’s why, when Zuma asked for the resumption of his criminal trial to be postponed until 2021, Maughan wanted access to court documents that would inform the public about why Zuma was advocating for the postponement, and the state’s response.

According to Adrian Basson, editor-in-chief of News24 (who published Maughan’s story on the postponement), the day before the court was scheduled to hear the postponement application, Maughan asked attorney Andrew Breitenbach SC, representing the state in the application, if any documents court cases had been filed. He gave him an unsigned copy of the affidavit from attorney Billy Downer SC (the lead prosecutor in Zuma’s indictment) on the condition that she only report it once it has been filed in court. She complied. The next day, Basson says, Breitenbach sent Maughan a copy of Zuma’s affidavit, which was then filed in court. Both affidavits – Downer and Zuma – included a letter from a medical professional (a military medical services brigadier general) giving a medical reason for Zuma’s request for surrender. Maugan and News24 publishes an article about the adjournment and the Brigadier General’s letter two hours later.

Fast forward a little over a year. Zuma now has filed a private suit Downer (accused number one) and Maughan regarding the disclosure in the news report of the Brigadier-General’s letter. Our Private Prosecutions Act says this: if the National Prosecuting Authority (NPA) declines to prosecute, a private prosecution may be brought by anyone who demonstrates a “substantial and particular interest” arising from “certain damages that he has individually suffered” as a result of the commission of a crime. And such a lawsuit cannot be brought for an ulterior purpose; it would be an abuse of process.

Learn more in Daily Maverick: ‘Zuma thumbs his nose at press freedom and justice system as he drags top journalist to court’

Zuma has filed a criminal complaint against Downer and “everyone else” in connection with the disclosure of the letter. The NPA refused to prosecute, so Zuma is now doing it himself. His argument is that the harm he has suffered as a result of the disclosure is that his “right to privacy, dignity and a fair trial has been harmed”.

But what did Maughan do wrong? The indictment alleges that she violated section 41(6)(b) of the National Prosecuting Authority Act.

What about Maughan’s receipt of Downer’s affidavit before it was filed? This cannot be caught by Article 41(6)(b), because it prohibits disclosure not possession of NPA documents. Zuma’s charge against Maughan in this regard is that she was an accomplice: she “facilitated, aided and/or abetted” Downer in disclosing the letter and thereby aided or abetted him in committing a crime.

Yet all Maughan did was ask for the court documents, which were provided to him voluntarily. Additionally, she agreed that they would not be published until they were filed in court. It seems a quantum leap from that to claim she aided and abetted a criminal offense. She did what legal reporters do every day: they ask lawyers and others for court documents. She should not face criminal consequences for doing her job. And Zuma’s alleged “harm” from the disclosure is, in my view, also grossly exaggerated – the disclosure of the letter could not have affected the fairness of his criminal trial because the letter had already been disclosed to the court by the parties themselves. And for similar reasons, there could be no breach of Zuma’s privacy by Maughan’s disclosure.

In my opinion, what makes this lawsuit by the former president egregious – even more so than the litany of unsuccessful civil libel suits he filed against the media many years ago – is that he This is a criminal case, where the state has already refused to prosecute. Additionally, Zuma could have claimed confidentiality for the medical letter when he filed his request for deferral – but he did not. And Judge Piet Koen (who is presiding over the corruption case against Zuma) has already dealt with the disclosure of medical letter in the context of Zuma’s unsuccessful argument that Downer should be removed from the case, claiming that the disclosure did not violate Zuma’s right to privacy.

In this context, bringing a private prosecution against a journalist doing his job creates a chilling effect on other journalists. After all, if Maughan is found guilty, she could face a 15-year prison sentence.

That’s why this is a case that should send shivers down the spine of our Democrats.

It is not just Maughan but media freedom itself that Zuma is putting on trial. DM

Dr Dario Milo is a partner at Webber Wentzel, Visiting Assistant Professor of Law at the University of the Witwatersrand and a member of the High Level Legal Expert Group on Media Freedom chaired by Lord Neuberger.