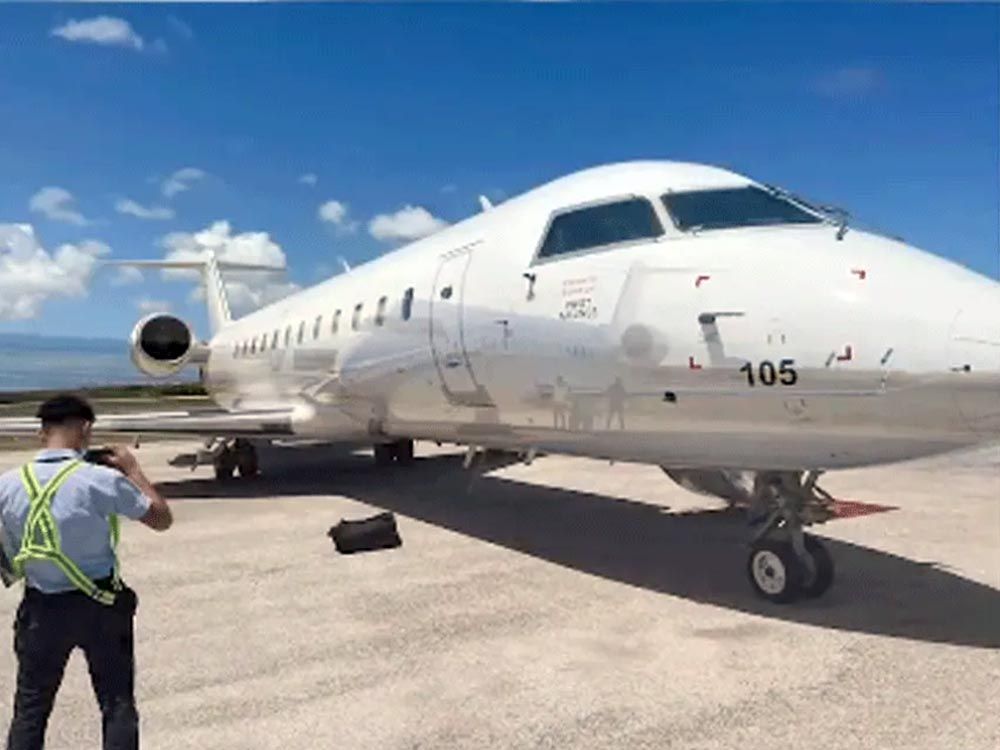 Dominican Republic prosecutors are appealing the decision to bail the crew and passengers of a Canadian charter plane where a 210-kilogram stash of cocaine was found, a legal decision the plane’s owner calls it “shocking”.

Pivot Airlines said in a statement Friday that it was “deeply concerned” for the safety of its employees and that the federal government must do more to try to ensure their safe return.

The five Pivot crew members and seven passengers were released from jail earlier this month on $23,000 bond and an order to remain in the country until the investigation into the discovery of drug is over.

The airline complained about the stipulation preventing Canadians from leaving the Dominican Republic, noting that it was crew members who discovered the contraband hidden in the plane’s “aviation hold” and the then reported to the authorities.

The judge who ordered their release noted that prosecutors had presented no evidence linking the crew or passengers to cocaine.

They had already spent several days in jail by the time they secured bail, some of them in communal cells alongside accused drug traffickers. Even after being released, they faced credible death threats, the airline said.

“In a shocking move, the prosecutor recently appealed the court’s decision to grant our crew bail, despite there being no evidence linking them to any crime,” Pivot said in the statement.

It is now well known in the Dominican Republic that the crew thwarted the $25 million drug smuggling attempt on the streets in Canada, according to the company. If they are returned to prison with drug criminals, they will be in grave danger, without the private security protection they had on the outside, Pivot said.

“It is completely unacceptable that Canadian citizens can be arbitrarily detained for knowingly reporting criminal activity,” he said. “Together with international unions representing crew, we are warning Canadian travelers and more than 70,000 airline employees to seriously consider the risks of traveling to the Dominican Republic.”

“If reporting a crime in the Dominican Republic could result in arbitrary detention, the government should seriously consider issuing a similar travel advisory.”

Pivot said he is grateful for the help the federal government has offered so far. It provides consular support and Maninder Sidhu, parliamentary secretary to Foreign Minister Melanie Joly, raised the issue during a pre-planned visit to the country last week, according to Joly’s press secretary.

But “the simple fact is” Ottawa has not done enough to bring the Canadians back safely, the statement said.

“They miss their families. They fear for life, as well as for their mental and physical well-being. And they want to go home.

Meanwhile, the family of one of the passengers, Brittney Wojcik-Harrison, has launched a GoFundMe campaign to raise money for her legal assistance, food and a possible return flight.

The CRJ-100 regional jet landed in the Dominican Republic on March 31, carrying potential investors and their companions entertained by an Alberta company, Pivot says. They were due to depart on April 5, but just before departure, a mechanic traveling with the plane discovered a black bag inside the avionics bay, which contained electronic equipment.

Pivot alerted authorities in Canada and the Dominican Republic. Police then discovered seven more bags, all stuffed with cocaine.

Prosecutors alleged at the bail hearing that the plane and its passengers were a “front” designed to hide the real purpose of the flight: smuggling drugs into Canada.

But they said they are not alleging that any member of the group placed the cocaine on the plane, only that another anonymous person accompanied the crew and boarded the plane. the day before his departure.

Judge Francis Yojary Reyes Dilone said the fact the crew reported the contraband and there was no evidence linking them or the passengers to the cocaine meant he should impose less severe restrictions on the group than demanded by the prosecution.

One of the passengers said at the bond hearing that she was the guest of another man, who was a potential investor in the public company.

“We were just invited to visit your beautiful country, to have fun,” she said, according to the ruling. “We’re totally horrified, we were here for the holidays, we have no idea what’s going on… We all have amazing jobs at home, we have families, I’m a real estate agent, I’m also teacher.”

Sign up to receive the best daily stories from the National Post, a division of Postmedia Network Inc.

Thank you for your registration!

A welcome email is on the way. If you don’t see it, please check your spam folder.

The next issue of NP Posted will soon be in your inbox.

We encountered a problem during your registration. Try Again

Impact of COVID-19 on Online Payday Loans Market Share, Size, Trends and Growth from 2022 to 2031 – themobility.club