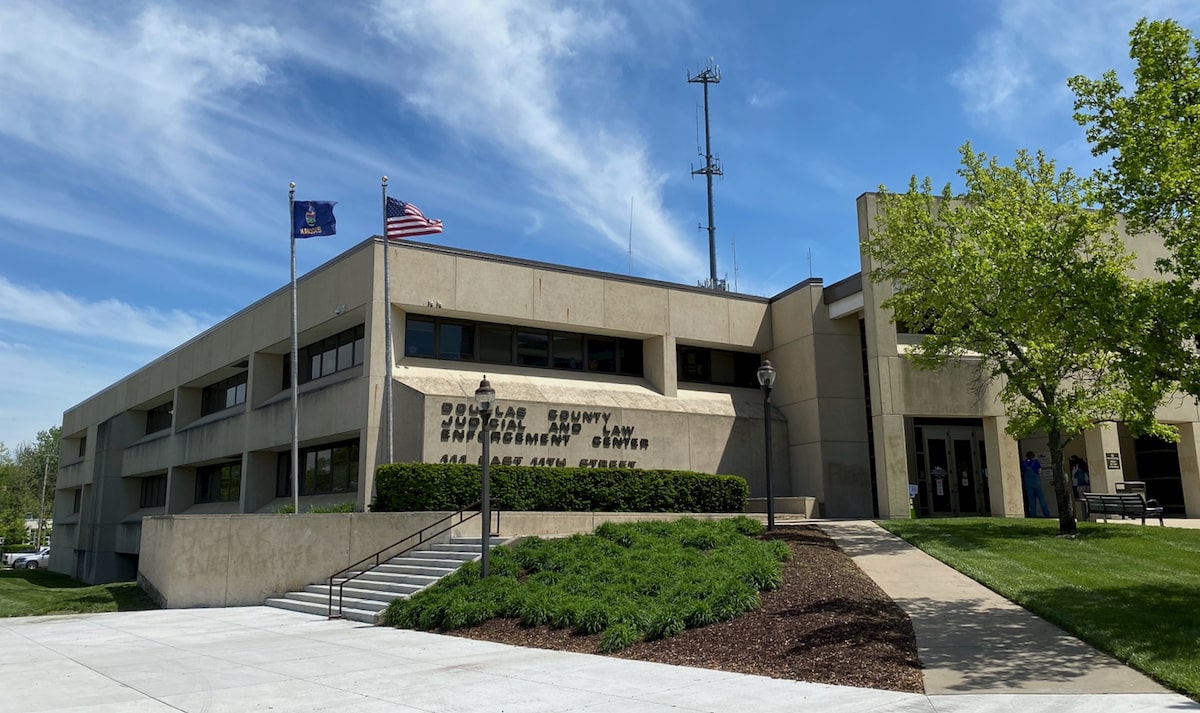 A Douglas County judge on Friday removed the prosecutor and defense attorney in the case of a man accused of seeking to kill a witness while awaiting trial for aggravated robbery.

District Court Judge Stacey Donovan fired Senior Assistant District Attorney David Greenwald and defense attorney Adam Hall, saying the two made statements that could affect the pending cases against Darren Henry. The attorneys had each filed motions alleging improper conduct against the other.

Henry, 29, was arrested in June 2020 in connection with a reported armed robbery at a Lawrence convenience store in September 2017.

In November 2021, authorities executed a search warrant at Henry’s Douglas County jail cell, which led to a new solicitation charge “for the willful and premeditated murder of another person.”

“This is an important and new issue for this court,” said Donovan, who was sworn in two years ago on Sunday. “It is the court’s duty to protect the integrity of this case.”

In a court filing, Hall said the documents seized from Henry’s jail cell went beyond the scope described by the warrant, which stated that the police were looking for “unredacted discovery documents”. He alleged that the search was more thorough and included documents protected by solicitor-client privilege. Hall filed motions seeking to block authorities from examining the confiscated documents and to suppress evidence he said had been illegally seized.

Prosecutors responded that the seizure was part of an “ongoing criminal investigation” and that releasing information about what was taken would hinder law enforcement and potentially reveal a confidential source. Greenwald then filed a motion to sanction Hall and fire him for allegedly providing Henry with unredacted court documents containing personally identifying information about witnesses in the aggravated robbery case.

Donovan refused to discipline Hall, saying he was not breaking discovery laws, but she believed the claims made by the two attorneys could hamper the case’s progress. She told Henry that the dismissals were in the interest of fairness for both the court and the defendant.

“The court must also protect your rights,” Donovan said. “The court’s concern is how the process unfolded.”

Hall and Henry exchanged notes on a piece of legal paper as Donovan made his decision. After the attorneys were dismissed, Hall asked the court to consider assigning Angela Keck to the case, but Donovan said she was required to follow the order prescribed for court-appointed attorneys.

Henry then asked the court if he could represent himself, telling Donovan he was concerned about the qualifications of potential attorneys and their ability to understand the history of the case as it unfolded. she was advancing.

“I’ve been in jail for two years,” Henry said. “I can’t take just anyone. I need the best your court can give me.

Donovan said the court will assign a new defense attorney to represent Henry, who remains in the custody of Douglas County Jail with $150,000 cash or bond in the solicitation case. His next hearing is scheduled for Tuesday, April 5.

Andrea Albright (she/her), journalist, can be contacted at aalbright (at) lawrencekstimes (dot) com. Read more about his work for The Times here. Check out his staff biography here.

A man was charged on Thursday with allegedly attempting to have someone killed – a charge that comes two and a half months after a search of a cell in the Douglas County jail which, according to the defense attorney for the man, violated his client’s constitutional rights.