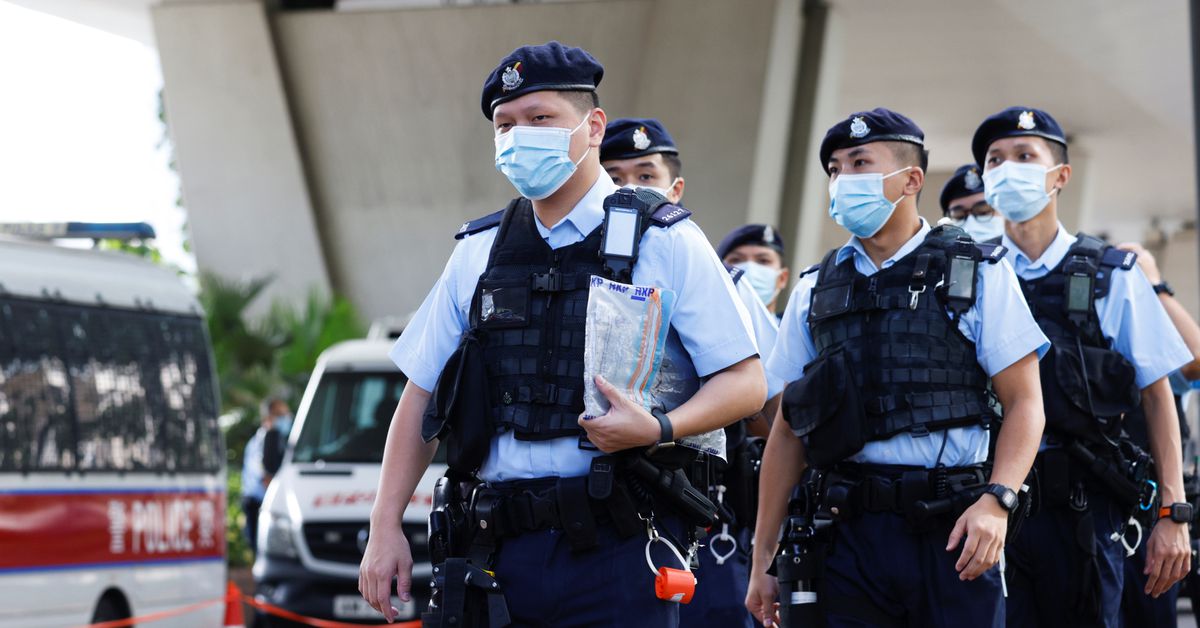 HONG KONG, July 22 (Reuters) – Four staff members of the now-closed pro-democracy Apple Daily were denied bail by a Hong Kong court on Thursday after being charged with collusion with foreign forces in under a national security law that intensified fears over media freedom.

Public broadcaster RTHK said National Security Judge Victor So rejected their bail requests because there was not enough evidence to show that the defendants “will not commit further acts involving danger to national security “.

The charges are the latest in a national security investigation into

The case was adjourned until September 30.

Police, who usually do not name those under investigation, said Wednesday evening they charged four people, aged 51 to 57, including one who was arrested earlier today.

RTHK identified the four as staff members of the former Apple Daily newspaper, including the former executive editor, who was arrested on Wednesday. Read more

The National Security Police Department said it was indicting four people, whom it did not identify, “for the offense of conspiring to come to an agreement with a foreign country or with outside elements to put endangering national security “.

Media group Next Digital, which published Apple Daily, did not immediately respond to a request for comment.

The popular tabloid of ardent Beijing critic Lai printed its last edition on June 24 after the police raid and several arrests of staff members.

Critics of the law, introduced in June 2020, say it was used to muzzle dissent and erode fundamental freedoms, including those of the media, in the former British colony that returned to Chinese rule in 1997.

Authorities have denied the erosion of rights and freedoms, including the media, in Hong Kong, but said acts endangering China’s national security crossed a red line. Security officials have said law enforcement actions are evidence-based and have nothing to do with an individual’s background or profession.