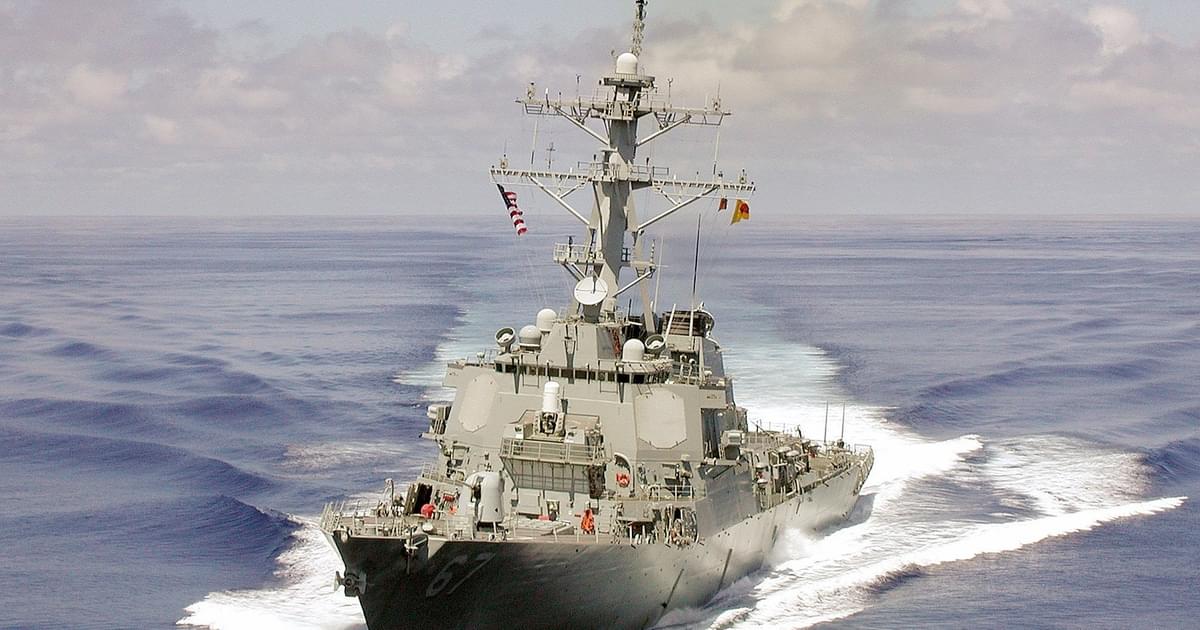 A second military commission prosecutor who had advocated the use of testimonies obtained through torture against defendants in the death penalty trial of Guantanamo inmates charged with the October 2000 bombing USS Cole (pictured) in waters off the coast of Yemen was removed from the case.

Mark A.Millerthe lead prosecutor in the Cole case, was not present at a status conference scheduled for September 14, 2022 and defense attorneys for the five men charged in the bombing said they were told that Navy Rear Adm. Aaron C. Roughthe Attorney General of the Military Commissions had removed him from the case.

International human rights treaties prohibit the use of torture evidence and the Biden administration has said it will not use statements obtained from a defendant through torture in that defendant’s trial. . In a brief filed January 31, 2022 in connection with the prosecution of the accused Cole Brain Abd al-Rahim al-Nashiri, the Justice Department reversed Guantánamo’s previous policy and said, “The government recognizes that torture is heinous and illegal, and unequivocally adheres to standards of humane treatment for all detainees.” … [T]The government will not seek admission at any stage of the proceedings of any of the petitioner’s statements while in CIA custody.

Nonetheless, in May 2022, Miller sought to use statements against Nashiri that had been obtained from another detainee, Ahmed Muhammed Haza al-Darbi, after US soldiers in Afghanistan, as reported by the New York Timeshad kept him “hooded and naked, deprived of sleep, [and] used as an ashtray,” and made him clean up “a foul spill of human waste and diesel fuel with his bare hands.” Miller said the interrogation tactics were “unpleasant” and “shouldn’t have been done” but did not constitute torture. He also argued that even though the evidence was obtained through torture, it was nonetheless legally admissible because using it against Nashiri did not constitute self-incrimination.

Citing orders from the military command, Rugh, who was appointed chief prosecutor in June 2022, declined to answer questions from the New York Times about his decision.

Miller is the second top commission prosecutor whose departure was linked to his support for the presentation of evidence obtained through torture. After clashing with Biden administration officials over whether to use statements obtained through torture from Guantánamo detainees, Army Brigadier General Mark S. Martins, the former Guantánamo’s chief military commission prosecutor, abruptly submitted documents on July 7, 2021, notifying his early retirement.

Nashiri presented hundreds of pages of documents indicating that CIA agents subjected him to years of “physical, psychological and sexual torture” during interrogations at so-called “black sites”. Evidence includes that Nashiri was subjected to waterboarding, forced sodomy, starvation, rectal force-feeding, sleep deprivation, being placed in a coffin-sized box for a total of 11 days and in a box the size of an office safe for 29 hours, and being threatened with a gun and an electric drill while suspended, naked and in chains, from the ceiling of a cell in a black site that a CIA agent described as “the closest thing he’s seen to a dungeon”.

Seventeen American sailors aboard the Cole were killed and dozens more were injured in the bombing. Nashiri was arraigned in November 2011, but the case has dragged on in pretrial proceedings for more than a decade, including litigation over the government’s refusal to release information about interrogations at secret sites. The case was also slowed by changes in court personnel.

In September 2018, Air Force Colonel Shelley Schools announced her retirement, just a month after she was named the third judge to preside over the case. In April 2019, the United States Court of Appeals for the District of Columbia Circuit overturned more than two years of pretrial rulings, including more than 450 written orders in the case due to a conflict of interests not disclosed by former military commission judge, Air Force Col. Vance Spath. Spath had retired after months of frustration with developments in the Nashiri case following the resignation of Nashiri’s entire civil defense team in October 2017 in protest at the government’s illegal wiretapping of their legal meetings.

The procedure was also halted for almost a year and a half due to the pandemic.