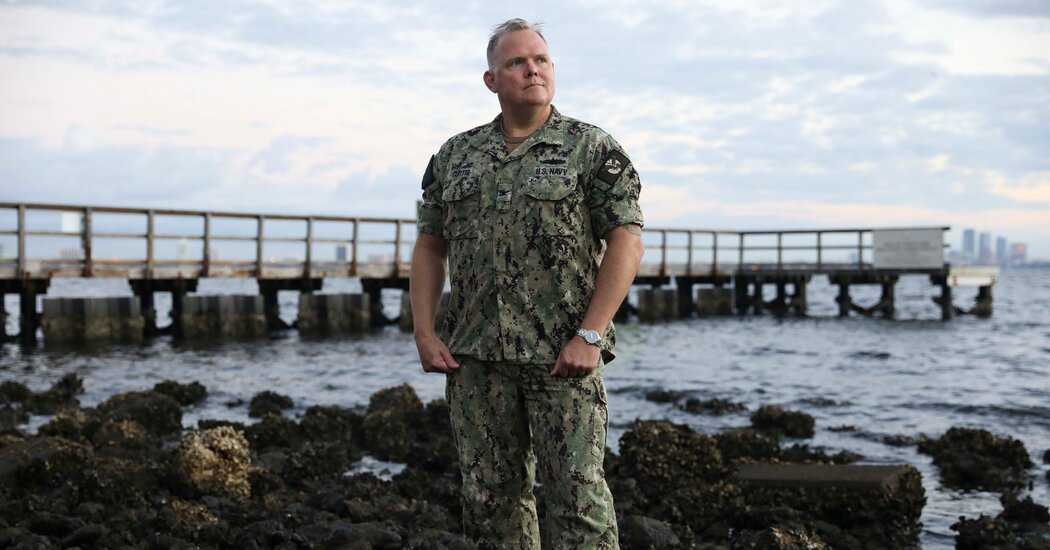 Last week, the foreman said, was his closest encounter with a terrorist. They were seated about 5 meters apart in the Guantánamo Bay courtroom, with the prisoner’s father and younger sister watching from the back of the courtroom.

Mr. Khan’s description of his torture was reminiscent of the depictions in the movie “Zero Dark Thirty” and “Snippets of Things” that Captain Curtis had heard of torture. “What surprised me was that I had someone in front of me who this happened to,” he said.

Captain Curtis had experience in irregular warfare. In 2010, while commanding the USS Ashland, Somali pirates mistook his amphibious landing ship for a freighter and attacked it in the Gulf of Aden. “We blew them out of the water,” he said. At least five were captured and taken to the United States for trial. One of them received a 33-year sentence for cooperating with the government. The others are serving a life sentence in a federal prison.

In Mr. Khan’s case, his 26-year sentence was largely symbolic. When he pleaded guilty in 2012, he became a government cooperator and the parties agreed to delay sentencing so that Mr. Khan could demonstrate this cooperation as part of a deal that, in return, would reduce his eventual jury sentence.

But the jury was not informed of the case.

Captain Curtis said he had been teaching ROTC units for the past few years and was keenly aware of “what 21-year-olds are capable of.” Mr. Khan, when he was 20, “did terrible things,” including issuing $ 50,000 which was used to finance the 2003 bombing of a Marriott hotel in Jakarta, Indonesia, which killed 11 people. “The 41-year-old man in front of us really regretted what he had done.”

The captain said his letter did not intentionally accuse anyone of illegal acts and that he knew what was allowed under the enhanced questioning. “But slamming his head against the wall every time they move him and beating him with his hood on, I don’t think those are legal acts.” I think that falls under the category of torture.

The letter asking a senior Pentagon official to grant clemency or leniency to Mr. Khan was not read aloud in court. The foreman handed it over to the usher, a soldier in riot gear, who handed it over to Major Michael J. Lyness, Mr. Khan’s military defense attorney.