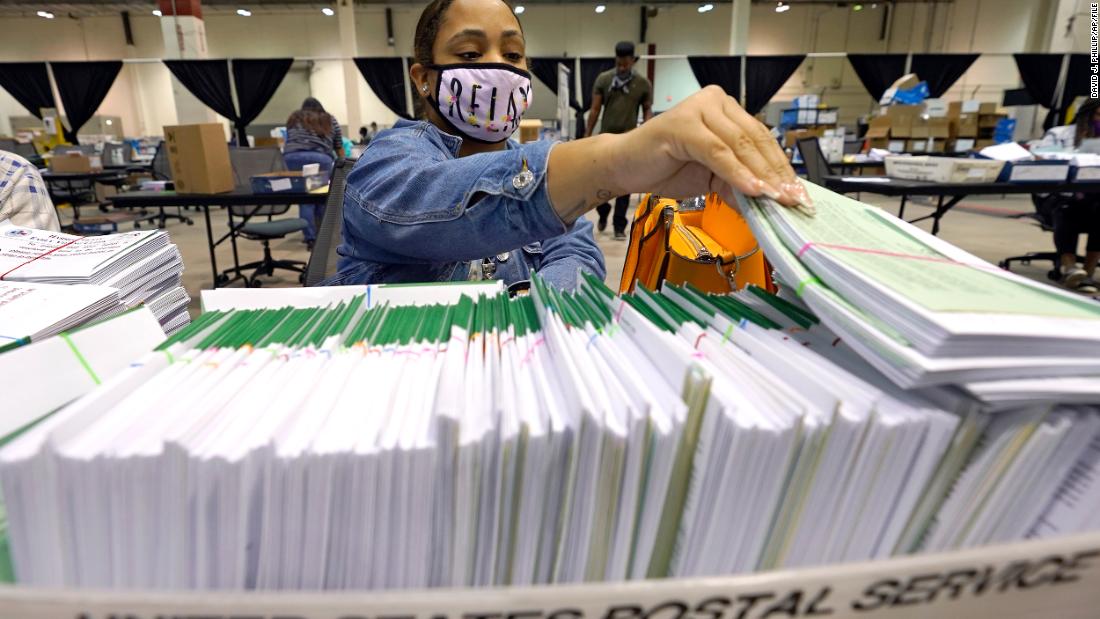 The preliminary injunction marks a victory for officials in Harris County, home to Houston, who argued that a controversial provision in a new Texas election law barred them from helping voters.

The injunction “does not affect any voting procedures,” Rodriguez wrote. “It simply prevents the imposition of criminal and civil penalties against public officials for encouraging people to vote by mail if they are eligible to do so.”

The primary is the first statewide election in Texas since Republicans enacted sweeping new restrictions on voting there last September, and it marks a first test of how the changes will affect turnout.

Officials in Harris County, the state’s most populous, said Friday’s lawsuit freed them to begin outreach to eligible voters before next week’s deadline to receive ballot applications by correspondence.

“This is a fantastic result that will benefit voters in Texas,” Harris County District Attorney Christian Menefee said in a statement.

Problems have plagued mail-in voting in recent weeks as voters – and local officials – struggle to navigate the new rules. Election officials say hundreds of mail-in ballots have already been flagged for possible rejection in recent days.

The new Texas law, known as SB1, requires voters who want to vote by mail to provide identifying information twice: first when requesting an absentee ballot, then when submission of the completed ballot.

The identification provided by the voter—a Texas ID number, such as a driver’s license number or partial Social Security number—must match the number on file with the voter’s registration record.

RELATED: Are You Voting in the Texas Primary? Tell us about it.

In Harris County, 40% of mail-in ballots received so far have been reported as defective, county officials said. In all but a handful, the issues involve the new ID requirement, officials said.

SB1 makes it a crime, punishable by at least six months in prison, for a public official to knowingly solicit “the filing of a request for a postal vote” from a person who has not made the request .

Election officials also face fines of up to $10,000 for violating the ban.

Isabel Longoria, Harris County’s top election official, filed a lawsuit to block the provision, arguing it violated her First Amendment right to free speech. She was joined in the lawsuit by Cathy Morgan, a volunteer who registers voters in the Austin area.

The ruling bars prosecutors in three Texas counties — Harris, Travis and Williamson — from pursuing criminal charges. And it prohibits those counties and the Texas Attorney General from seeking civil penalties.

In court on Friday, Longoria said his office received about 8,000 phone calls from voters in January alone, about 5,000 of which were about mail-in ballots.

But her staff had to “very carefully circle” what they are allowed to say to those voters – to avoid breaking the law, she said.

In a statement late Friday, Longoria called the order a “huge relief.”

“Now I can start doing a significant part of my job again,” she said.

Only a small slice of Texans can vote by mail. They include people 65 or older, voters who will be out of their home county when voting in person, those who are ill or disabled, and people who are incarcerated but still eligible to vote.

Nearly one million Texans used mail-in ballots in the 2020 election.