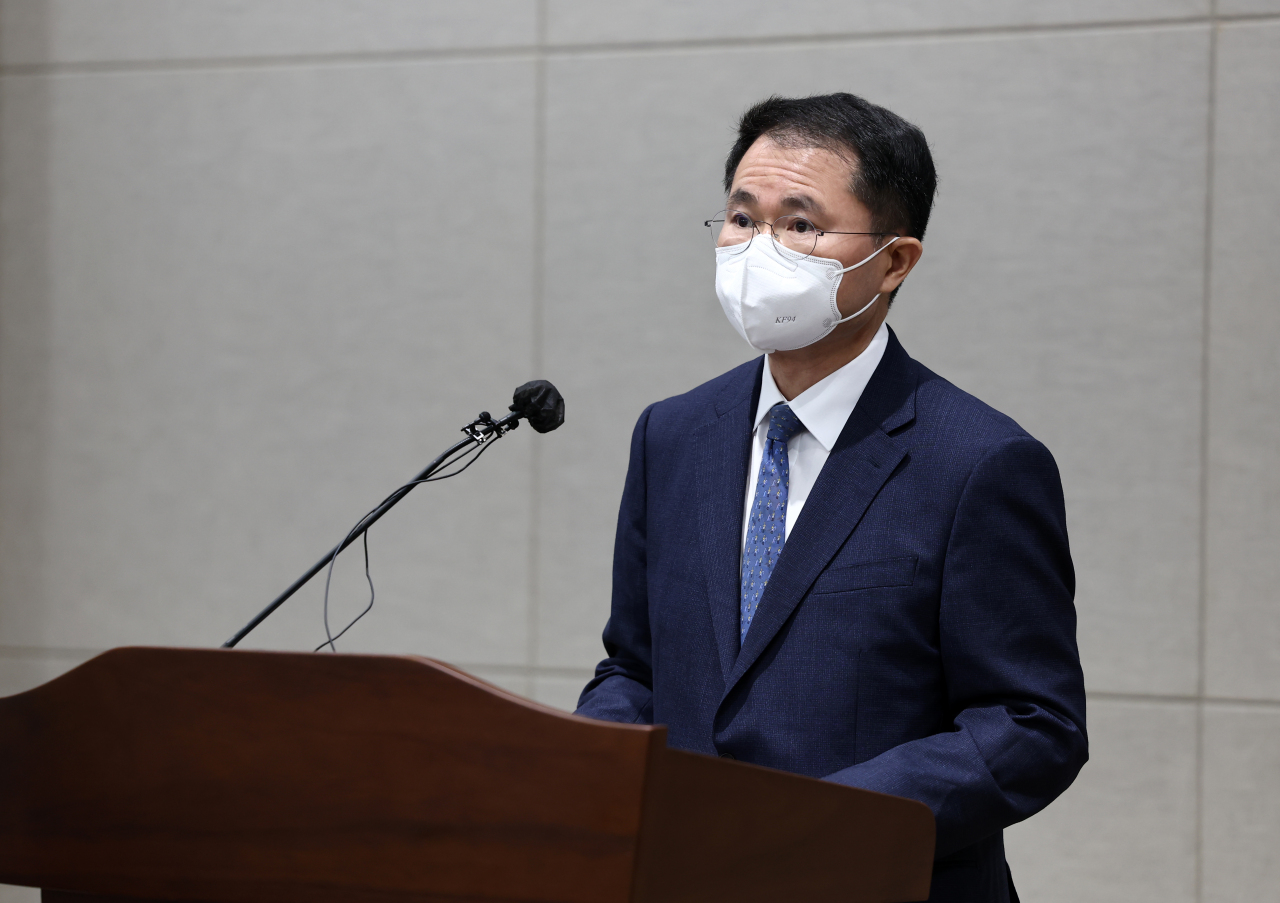 By Perry M. Ramirez On May 4, 2022
Share
A prosecutor, who was also a former intelligence officer at the Supreme Prosecutors Office, was charged on Wednesday with colluding with an opposition MP to file criminal complaints against ruling party figures ahead of the 2020 parliamentary elections.

Deputy Director of the Corruption Investigation Bureau for Senior Officials Yeo Woon-guk told a press briefing that prosecutor Son Jun-seong has been charged with violating election laws officials, the protection of personal information and the leakage of sensitive information. .

Yeo said Son allegedly helped file complaints against Democratic Party of Korea Representative Choe Kang-wook and others in an effort to damage their chances in the April 2020 election, and shared this information with Representative Kim. Woong, then a popular power. Candidate of the party in the legislative elections. Kim, a prosecutor-turned-legislator, is suspected of having passed this information to the party.

The IOC, which only handles cases involving senior officials, said it would hand over Kim’s case to the prosecution.

The IOC found no evidence that President-elect Yoon Suk-yeol, who led the prosecution as attorney general from July 2019 to March 2021, and Yoon-appointed prosecutor and justice minister Han Dong-hoon , were involved.

In October of the same year, the prosecution indicted Choe for issuing a false certificate as a lawyer for the son of Cho Kuk, who served as President Moon Jae-in’s justice minister, and then spread false information. about his involvement in the college admissions scandal. during the election campaign.

After a local news outlet in September last year exclusively reported the allegations about Son’s role in the case, Choe claimed the indictment against him was “a political maneuver by the charge”.

Wednesday’s indictment is the first of many Yoon-related cases being investigated by the IOC.

The IOC was established on January 21 last year as part of the Moon administration and the Democratic Party’s prosecution reform campaign.