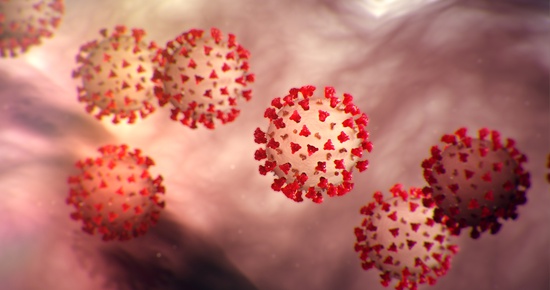 Courtesy of the United States Centers for Disease Control and Prevention

Four more people have been hospitalized with complications from COVID-19 and a 16th person has died over the weekend as the Delta variant continues to sweep through Del Norte County, the Department of Public Health reported on Monday. .

A total of 139 new cases of COVID-19 have been identified in the community, for a total of 417 active cases in Del Norte County as of Monday. Twenty-five people are currently being treated for the novel coronavirus at Sutter Coast Hospital; against 21 Friday, according to the Directorate of Public Health.

Seventeen new cases among the incarcerated population of Del Norte County, including inmates at Pelican Bay State Prison, were also reported to the Department of Public Health on Monday.

Pelican Bay had 52 active cases among its inmate population on Monday, according to the California Department of Corrections and Rehabilitation COVID-19 population tracking web page.

As of Friday, there were 54 active cases among Pelican Bay staff, according to the CDCR’s employee status page.

According to the California Department of Public Health, 42% of Del Norte County’s population is fully vaccinated on Friday, while 50.3% are not.

The new figures come after the new Del Norte County public health official, Dr Aaron Stutz, sent a letter to the community, saying the increase in cases is likely being fueled by a low community vaccination rate and “More transmissible COVID variants”.

“It affects all age groups – 62% of COVID hospital admissions and 78% of people in intensive care are under 65,” Stutz wrote. “The Sutter Coast medical team receives patients with increasingly serious illnesses who require longer hospital stays. The vast majority of these admitted patients are not vaccinated.

A spokesperson for Sutter Health could not be reached for comment on the current state of the hospital on Monday.

Delta’s push has also put stress on services at Crescent City, human resources director Sunny Valero told the Wild rivers outpost Monday. The city had 16 employees at a time because they had tested positive for COVID-19 or were in close contact, she said. Six are currently absent, Valero told the Outpost.

Crescent City has 71 employees across seven departments, according to Valero.

“It’s almost a third at the highest point, so that made us short, and I know it’s citywide – a lot of businesses are restricting their hours due to shortages,” she said. . “We didn’t have anyone testing positive for COVID until July 2021. We stayed with employees who did not test positive for a long time.”

The city’s public works department has been hit the hardest with the highest number of people due to COVID, Valero said. The city has a contract in place with Hemmingsen Construction to provide emergency work if needed, although it has not yet had to call on that contract, she said.

The Crescent City Police Department is also understaffed, although most officers are absent as they have come into close contact with someone who tested positive, Valero said. This caused officers to work more overtime and Crescent City Police Chief Richard Griffin to take shifts he wouldn’t normally work, she said.

Despite staffing issues, the Crescent City offices are still open to the public, Valero said. Masks are mandatory and only one person can be in her halls at a time, she said.

People can also get permits and pay their bills online, she said.
After speaking to Crescent City Council on August 16, Stutz will provide an update on COVID-19 to the Del Norte County Oversight Board around 10:30 a.m. Tuesday.