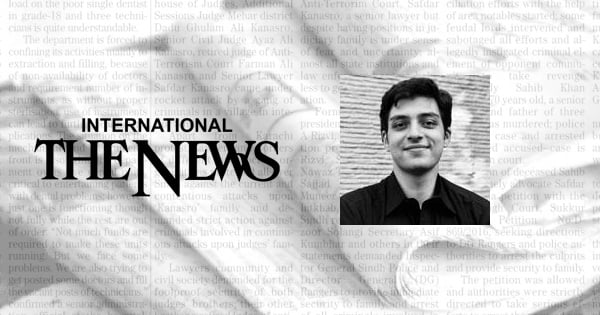 Sampson Brass, the crooked lawyer for Dickens’ “The Old Curiosity Shop”, jokes that “if there weren’t bad people, there wouldn’t be good lawyers.” It’s a witty aphorism, and conforms to the sentiment of the general public when it comes to lawyers. From Jesus in the New Testament declaring “Woe to you lawyers” to Al-Pacino, playing a lawyer in “The Devil’s Advocate”, turning out to be the real devil – it’s not particularly subtle.

Usually with these things the stakes are low. From accountants to zoologists, every profession is the target of its own sub-genre of cartoons and jokes. Yet few have the popular appeal of lawyer jokes. But the stakes start to take on considerable gravity as you approach the realm of criminal justice. And as the intensity of the crime begins to increase, the levity begins to dissipate.

Finally, you end up with that one question that everyone is concerned about – and it’s definitely not a joke. How can you, in good conscience, defend someone who is guilty?

The quickest answer to this is to say that you can’t know for sure that they really did. It’s not exactly an evasion, but if we think about it, let’s get to the real issue. And let’s say we’re not talking about a speeding ticket, but one of those crimes that really raises the question.

Barbara Babcock of Stanford Law School breaks the question down well enough to reproduce it in its purest form. â€œIn all its parts, the question is: first, how ‘can you’ when you know or suspect that if you are successful your client will be free to commit further murders, rapes and thefts? Second, how can â€œyouâ€ defend a guilty man – you, with your law degree, your nice clothes, your pleasant manners? Third, how can you “defend” – proceed to suppress the obvious guilt evidence found on the person of the accused, break up during cross-examination an honest but confused witness, subject a rape victim to a psychiatric examination, reveal that an eyewitness to a crime has a history of mental illness?

At the heart of all these questions is the idea that a criminal defense lawyer defends the crime itself. And even if you don’t end up equating a lawyer’s actions with their client’s, it’s hard to shake off the feeling that they’re still helping the act in some way. This, of course, is no different for many lawyers.

Many will respond that it is not only the case that they do not defend the crime, they also do not defend the criminal. And what they’re really doing is standing up for the system. This is usually interspersed with phrases such as “due process”, “the presumption of innocence” or “the right to representation”.

This is what Babcock calls the garbage collector’s reason: â€œYes, it’s a dirty job, but someone has to do it. This in itself is not convincing to most. And it is quite understandable. Lawyers are not born in love with fair trial, or an innate appreciation for due process; they only really absorb it over the years of seeing the system cut back and forth – for the guilty and the innocent. And even then, many do not.

If you take that context for granted, all you’re really saying is that “someone” has to do it, not that somebody “has to” do it. “Someone” also had to drive the trains in Nazi Germany. But that did not absolve them of the accusation that the destination was a gas chamber.

But neither can â€œhaving to do itâ€ mean being obliged to do it for a professional obligation. The UK has the taxi rank rule, which means lawyers cannot turn down a case on the basis of what they think about the crime or the criminal. It can easily shift some of the moral burden, but choosing to be part of this system is your decision.

Explaining why someone â€œmustâ€ do it means explaining why it is important to everyone. In terms of proportion, on its own, due process ends up being more important to lay people. If you want to find someone who values â€‹â€‹due process even more than a lawyer, ask the person they represent at trial.

Of course, they may not have, to begin with. But we started off with the assumption that they actually did. Due process is always important. They may only have committed some of the multiple crimes with which they have been accused. Or they may have committed all of these crimes, but they still get a lower sentence. You don’t have to wear a black suit to work every day to figure it all out.

But, to be clear, that doesn’t mean every criminal defense attorney is Atticus Finch’s realization. Many are willing to do horrible things to win a lawsuit. Many are motivated, primarily, by money. But whether or not they come home with a paycheck doesn’t affect the fact that the system is there for everyone, not just to serve lawyers.

If that reasoning suits you, you may be relatively open to Alan Dershowitz’s take on the Garbage Collector’s Reason. Writing in “Letters to a Young Lawyer,” Dershowitz likens a lawyer to an emergency room doctor, “whose sole purpose is to save the patient, whether that patient is a good or a bad person, a saint or a criminal. “

If you are familiar with the putrid pantheon of Dershowitz clients (OJ Simpson, Trump, Weinstein, Epstein, etc.), you are probably laughing at his opinion. But the general idea is that these principles cannot matter only when they are invoked by – or for – someone you love.

Dershowitz reminds us that not so long ago, the McCarthy era saw lawyers vilified for defending people accused of sympathy for communism – just as they were once castigated for defending women accused of witchcraft. And we would do well to pay attention to it, because it is always our present. When due process is only followed when acceptable to the majority, lawyers are too afraid of being shot to defend five-year-olds accused of blasphemy.

Ultimately, due process is as much about the innocent as it is about the guilty. And it may well be that they are more laymen than lawyers. When reduced to its essence, due process – even in cases that seem obvious – is a form of the Blackstone ratio: “better that ten guilty escape than an innocent sufferer.”

And, here we come across an obstacle which many lawyers believe can simply be explained. As if understanding why due process would mean you too would represent a murderer. This is not the case for Babcock. Although she is able to articulate the question with great clarity, she is quick to admit that despite having answered it countless times, she has failed to do so to satisfaction. of the investigator – and therefore of his own. Over time, his common response faded: â€œWell, it’s not for everyone. Criminal defense work requires a special mindset, heart and soul.

And many people stay away from the criminal law precisely to avoid such moral puzzles. But this choice is not necessarily the most principled one. Indeed, in a sense, it’s just the easiest thing to do. The moral burden can just as easily be reversed: if you are so sure a person is guilty then why not make sure they get what they deserve by taking on the case and doing a terrible job. ? If the accused is not a one-time criminal but someone with a certain demeanor, then ensuring that he loses the case may even prevent future crimes.

If you recognize that due process is important but are horrified by the morally ambiguous questions in a cross-examination that causes a victim to cry, the system could benefit from more â€œgoodâ€ people performing them. In philosophy’s notoriously thorny Trolley Problem, stepping away from the lever when there is nothing to lose is generally not hailed as the morally superior choice.

And even this alternative choice is often tainted with its own share of sin. It’s just less visible – protected by a stupendous corporate structure. From the beverage companies responsible for murdering union leaders in Africa to the construction equipment manufacturers who supply Israel with the bulldozers that destroy Palestinian homes. And these companies have more than just a legal department.

Quite often, amoral choices are obviously just that. But, at other times, it’s real attempts to be cohesive – just within a different moral system. It is good to appreciate this difference, as well as to understand that neither can be imposed on the other.

Understanding also has its limits. Even Dershowitz’s doctor in the emergency room analogy isn’t for everyone. As Chilean dictator, Pinochet died in a hospital bed, some rejoiced. Others feared that this would mean he would die “an innocent man”. Among those who see justice in death, some only see death at the hands of the executioner. For others, justice is greater than that.

But, at the end of the day, there isn’t a lot that you can control. It is not without consequence that although executioners were once hailed as celebrities, in the popular imagination they are remembered with a hood over their face.

The writer is a lawyer.