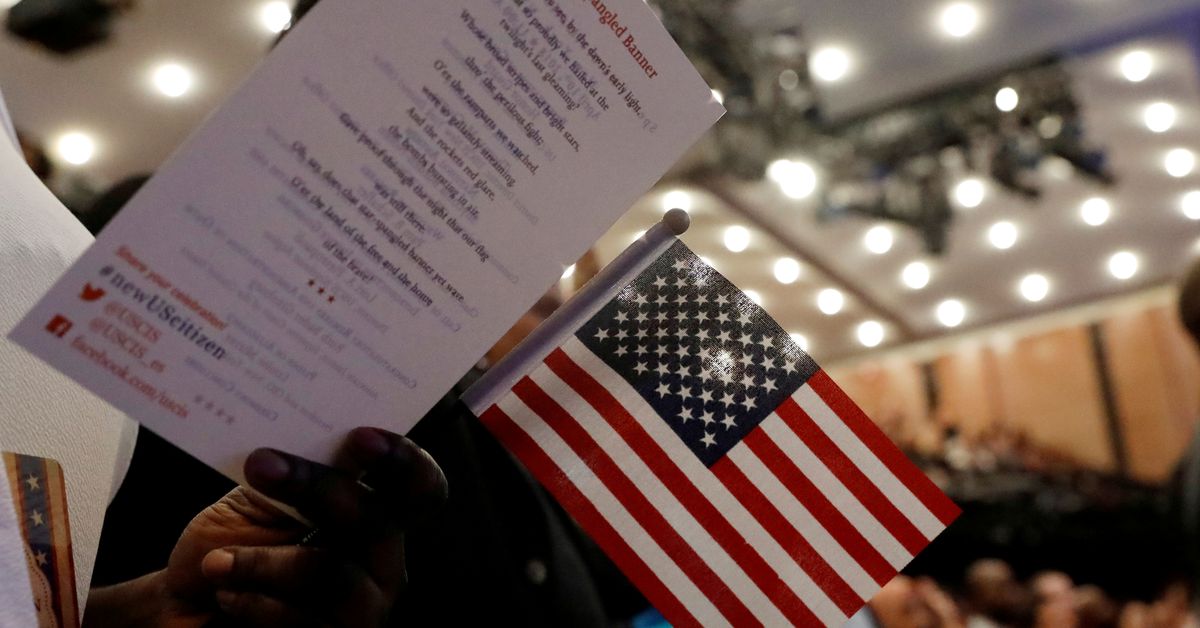 (Reuters) – The United States Court of Appeals for the DC Circuit said on Tuesday that courts had no power to review decisions by the United States citizenship and immigration services to revoke approval of applications for immigrant visa, joining almost all other federal courts of appeal.

A panel of three DC Circuit judges unanimously rejected allegations by recruitment firm iTech US Inc, represented by Wasden Banias, that only decisions denying ultimate redress to visa applicants and not revoking preliminary approval of work visas were beyond the reach of the courts.

The panel said the Immigration and Nationality Act was designed to broadly deny judicial review of any federal government decision or action related to visa applications, not just a final denial.

With Tuesday’s ruling, all federal appeals courts except the 9th Circuit have now ruled or assumed without ruling that visa revocations cannot be reviewed in court. The 9th Circuit came to the opposite conclusion in the 2004 Ana International Inc v. Way.

iTech, based in Burlington, Vt., and his attorneys, Geoffrey Forney and Bradley Banias of Wasden Banias, did not immediately respond to requests for comment. Neither does USCIS.

The case stems from an I-140 immigrant visa application that iTech filed in 2015 on behalf of Vishnu Vardhana Reddy, an Indian citizen. After USCIS grants an I-140 petition, an immigrant worker becomes eligible for a work visa, which may not be issued for years.

USCIS granted the iTech petition, but revoked its approval in 2017, citing inconsistencies regarding Reddy’s educational requirements and the salary he would be paid by iTech. The company filed a petition for reconsideration, which USCIS denied in 2019.

iTech sued USCIS that year in Washington, DC, in federal court, saying the agency’s decision to revoke the petition’s approval was arbitrary and capricious.

The INA, in a section titled “Denial of Discretionary Appeal”, states that courts cannot review decisions involving specific types of immigration claims, or “any other decision or action” taken under the power. discretionary created by law.

U.S. District Judge Christopher Cooper last year allowed USCIS motion to dismiss the case. He said the INA gives the agency the ability to revoke an I-140 request “at any time” and for any reason, making it the type of discretionary remedy immune to a judicial review.

iTech appealed, arguing that because an I-140 petition is only one step in the visa process, USCIS did not formally deny the relief by revoking the approval.

The DC circuit on Tuesday disagreed. The term “any other decision or action” is broad by definition and Congress would have chosen different words if it intended to limit the scope of the law, the court said.

“We see little basis for claiming that Congress intended to limit this forfeiture of jurisdiction provision to a narrow spectrum of ‘relief’ where many provisions of (the INA) are intended to protect the discretion of the executive of the courts – indeed, this can be fairly said to be the theme of the legislation, â€wrote circuit judge Robert Wilkins.

For iTech: Geoffrey Forney and Bradley Banias from Wasden Banias

For the government: Aaron Goldsmith of the US Department of Justice

Dan Wiessner (@danwiessner) discusses labor, employment and immigration law, including litigation and policy development. He can be reached at [email protected]