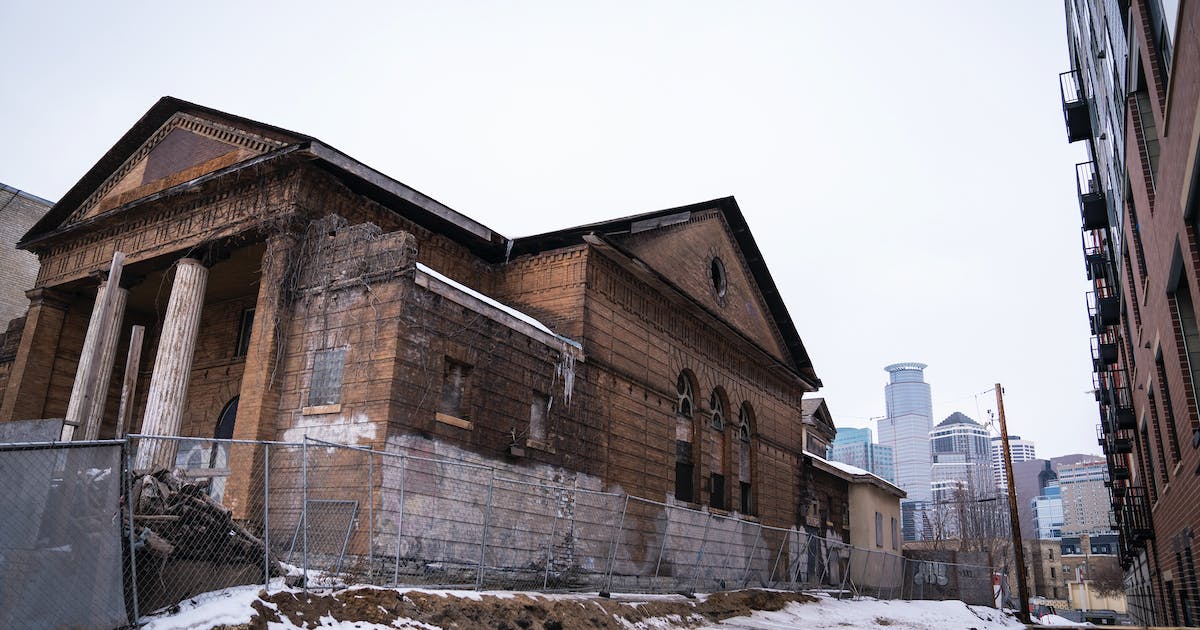 Minneapolis officials erred in denying a permit to demolish a historic old church whose condition has deteriorated for years, the Minnesota Court of Appeals ruled this week.

“We overturn the City of Minneapolis decision … because the denial was unreasonable, arbitrary, capricious and not supported by substantial evidence,” retired judge John Smith written on behalf of the court.

With the case battling over the fate of the former First Church of Christ, Scientist in Elliot Park tested the city’s preservation rules, which are typically designed to preserve historic buildings but also contemplate rare instances in which they might be demolished.

Built in 1897, the building at 614 E. 15th St. was the first church of its denomination in Minnesota. It received local and historic status in the 1980s and is today one of the around 200 pitches in the city with this designation.

The church was once majestic, with a large, immaculate sanctuary and a prominent stone staircase at the front. The building has been unoccupied for 15 years. Graffiti and vines took over parts of the building and water seeped through the roof. Metal supports were eventually installed to prevent a collapse.

Weidner Apartment homes, which is helping to develop an adjacent apartment building, purchased the old church several years ago, initially believing that it would be possible to restore the building. The company then applied to the city for permission to demolish it, and the citizen-led Heritage Preservation Commission and city council denied that request.

The promoters have filed a lawsuit. Their lawyer, Stuart Alger, argued that the city’s decision was “arbitrary” and “capricious” and made it impossible to demolish the building. City attorneys disputed this qualification and said they had a rational basis for denying the permit.

The judges – Smith, along with Justices Renee Worke and James Florey – sided with the developers, saying they “presented significant evidence of the deterioration and the high cost of rehabilitating the building.” Some estimates put the cost of repairs at around $ 4.2 million.

The city had argued that it might be possible to use the building for other purposes, but the court said this argument “was based on conjecture and speculation” and “does not recognize that of other uses of the building other than offices “would cost almost the same, but generate much less revenue. ‘”

The city attorney’s office declined to comment on Tuesday. The owners’ lawyer could not be reached immediately.