The Supreme Court is seeking input from trial courts and the public on the development of the OSDP. 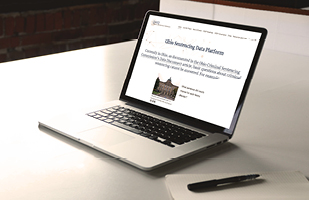 The Supreme Court is seeking input from trial courts and the public on the development of the OSDP.

the Supreme Court of Ohio will accept public comments until June 28 proposed amendments to the Ohio Courts Supervision Rules regarding the development of the Ohio Sentencing Data Platform (OSDP).

Recommended changes refer to the Ohio Criminal Penalty Commission as the organization responsible for establishing and maintaining the OSDP. The purpose of the database is to provide common plea judges with standardized forms for sentencing and reporting sentencing information for offences. The OSDP will also allow judges to see aggregated data across the state on sentencing. Ohio’s revised code that covers sentencing has grown to more than 3,000 words over the past 25 years. This topic has grown from 16 to 39 sections, including 46 subsections. Sentencing is complex, and data analysis can be a useful tool to help it.

Sup.R. 38.01 discusses the formation of the platform and how the OSDP pilot courts are implementing the Uniform Sentence Entry and sentencing method forms. The forms provide judges with accurate, timely and complete models containing the clearest and most concise minimum language required to impose a legal sentence.

Currently, 19 counties are piloting the platform and another 23 are in the process of implementing it.

Public comments should be submitted in writing or by email by June 28 to:

PDF files can be viewed, printed and searched using the Acrobat® Reader
Acrobat Reader is a trademark of Adobe Systems Incorporated.